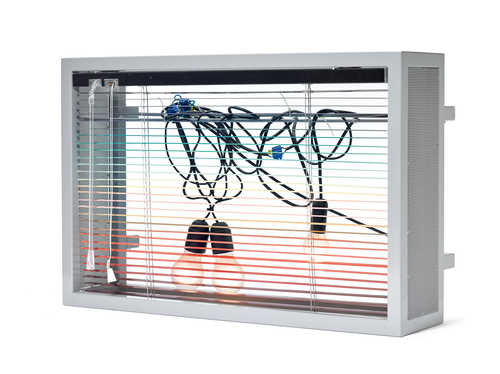 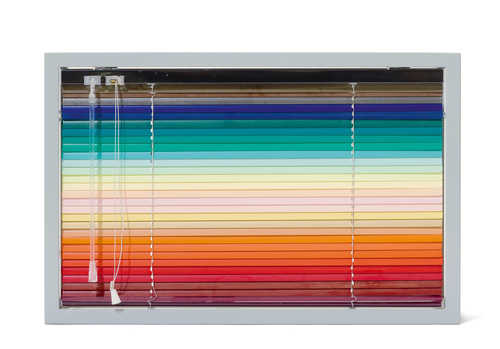 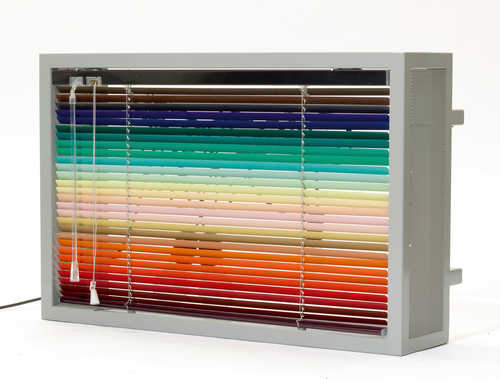 Provenance:
- Kukje Gallery, Seoul.
- Purchased from the above by the present owner in 2009, since then private collection Italy.

Haegue Yang was born in Seoul in 1971 where she completed her studies in 1994 at the Fine Arts College of the National University. After moving to Germany, she studied at the Städelschule in Frankfurt and finalised her studies as a masters student under Georg Herold in 1999. After having taken part in numerous international exhibitions, the Sao Paulo Art Biennial in 2006 and the Turin Triennale in 2008, in 2009 she represented Korea in the 53rd Venice Biennale. Three years later she was represented with an impressive work at the 13th Documenta in Kassel. In 2018 she was awarded the Wolfgang-Hahn Prize. She now teaches at the Städelschule in Frankfurt.

In her comprehensive, installation-based oeuvre, Haegue Yang tells stories, of which the viewer is unaware, because of the abstract quality of her sculptures. She uses everyday objects and household appliances, removes them from their functional contexts and gives them a new meaning. In the first instance the viewer experiences these fascinating, unusual works, their individual elements evoking associations and their movement and light evoking emotions. Melancholy and romance reside in all the works of the Korean artist.

In 2009/2010 she was invited by VBL Legal Chambers in Rome to redesign the premises of the chambers in order to create a significant change to the working environment. Yang produced seven “Appliance Sculptures”, as they were called, which in their dimensions corresponded exactly to the radiators in her apartment and studio in Manteuffelstrasse, hence the title of the exhibition and the sculptures.

The work offered here corresponds to the left-hand radiator in her workshop. Within a metal frame, she arranges light bulbs, slats and cables – all the materials which one finds over and over again in Yang’s work. She meticulously abstracts the radiator, the physical model for the sculpture, in order at the same time to lend warmth through the slats and light bulbs, which yet again recall the original function. She removes the function from the device and by artistic means lends the newly created sculpture the associations of the original function.

With unbelievable consistency she creates a fascinating oeuvre positioned between sculpture and installation.