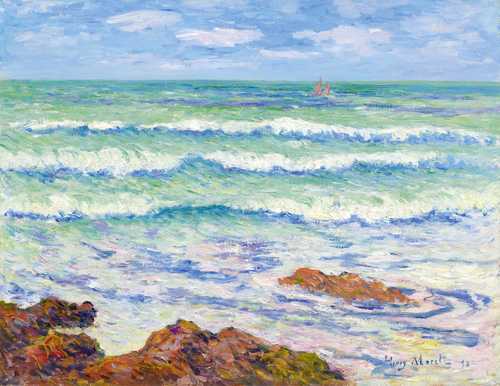 (Cherbourg 1856 - 1913 Paris)
Les Brisants. 1898.
Oil on canvas.
Signed and dated lower right: Henry Moret 98.
51 x 65 cm.
We would like to thank Jean-Yves Rolland for confirming the authenticity of the work, Paris, 16 February 2019. It will be included in the forthcoming Catalogue raisonné of paintings by Henry Moret.