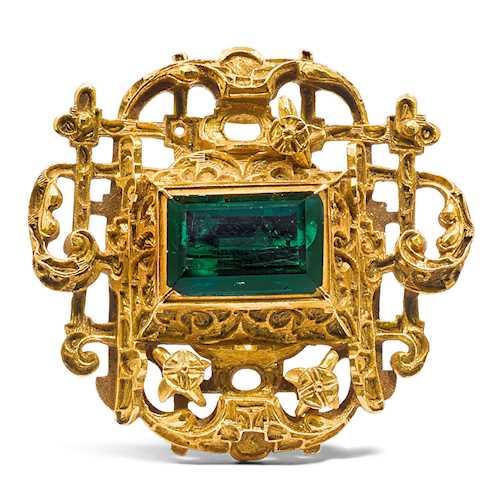 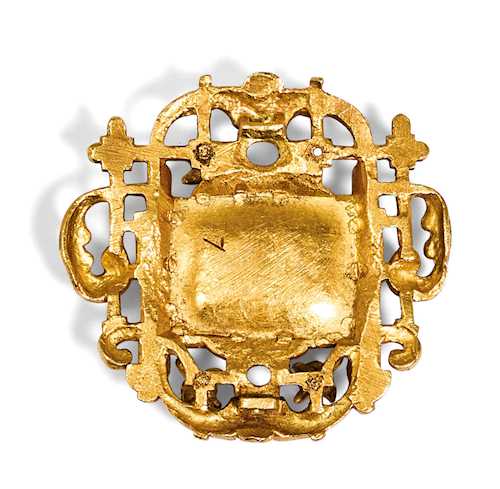 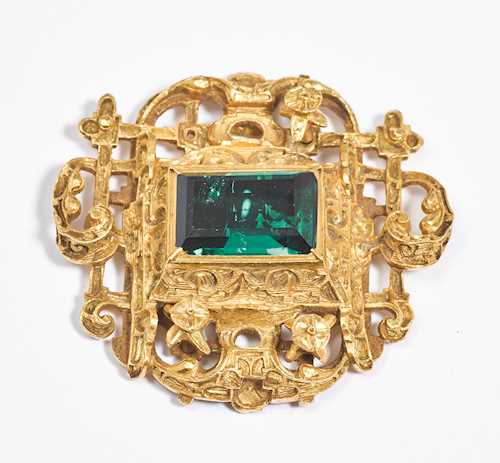 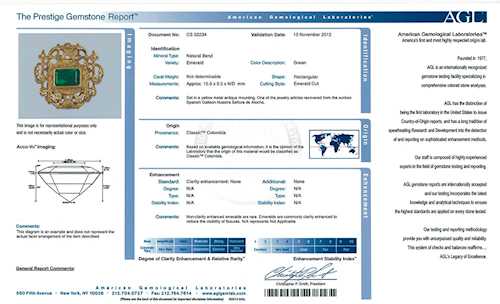 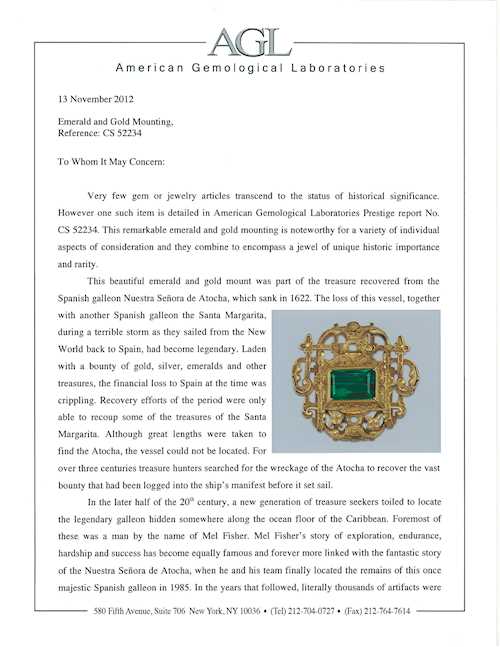 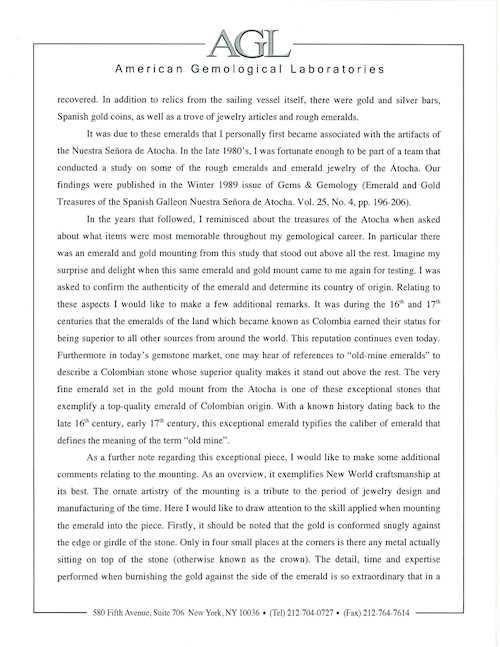 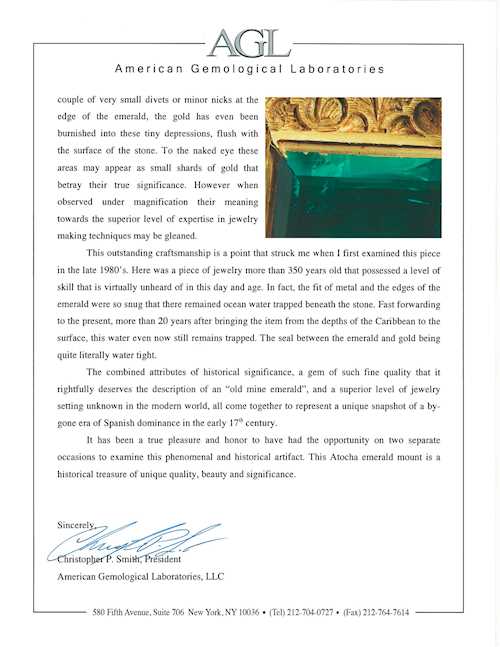 Yellow gold.
Rare, ornamental jewel with volutes, strapwork and studded with rosettes, set with a single rectangular step cut emerald of ca. 11.00 ct, not treated, in closed back bezel setting. Despite the firmly sealed setting, seawater seems to have seeped in behind the stone and remained there for centuries. Ca. 4,2 x 4 cm. The gemstone is the largest of the facetted emeralds from the recovered freight.
AGL-Report no. CS 52234 stating that the emerald is of Colombian origin, with no indication of clarity enhancement, no longer available.

The Atocha was commissioned by the "Casa de Contractatiõn", a Spanish government agency, which attempted to regulate exploration and colonisation efforts. In Cartagena, Colombia, and Portobelo, Panama, the galleon was loaded with the belongings of the noble families and other passengers making the return journey to Spain with the armada. The fleet set sail for Spain with goods and passengers on September 4, 1622, in the midst of hurricane season. Both the Atocha and the Santa Margarita only sailed as far as the Florida Keys before they hit a squall an sank along the reef. Parts of the freight of the Santa Margarita have been rediscovered relatively early, as opposed to the ones from the Atocha.