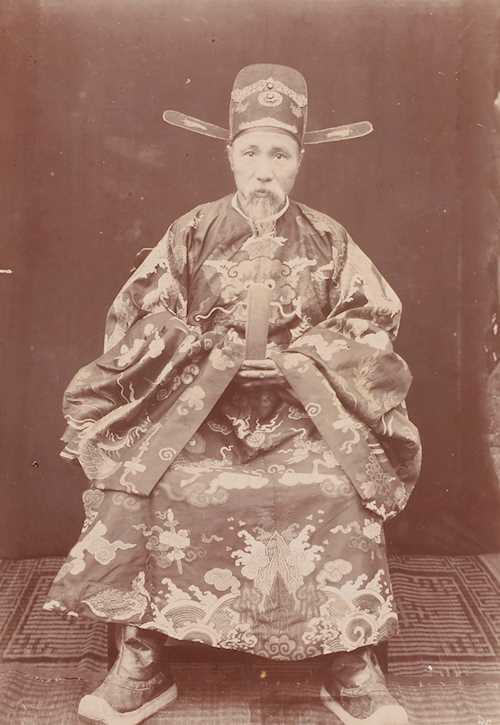 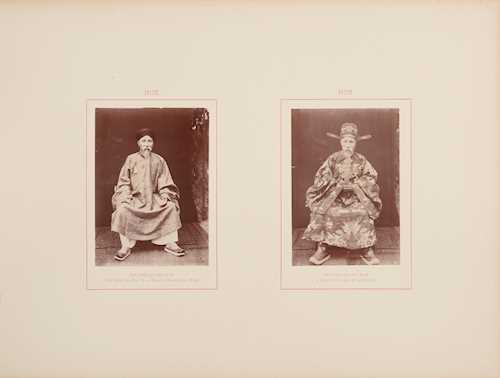 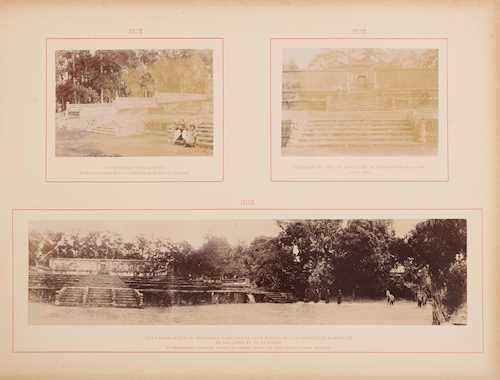 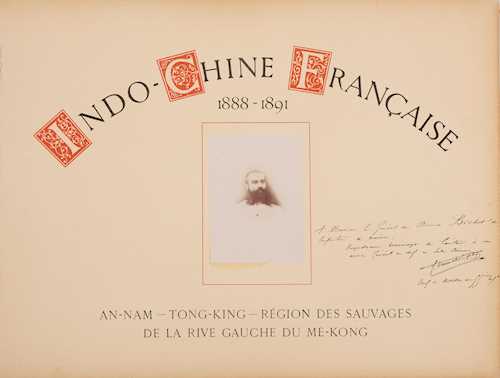 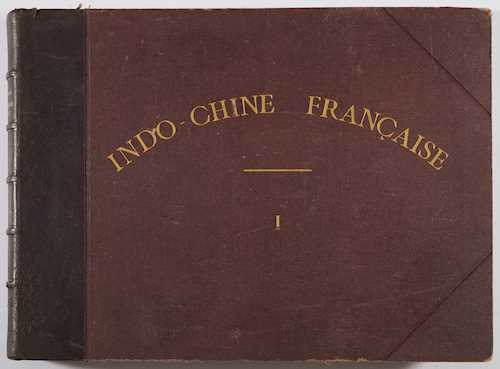 (Bitche 1852–1916 Paris)
"Indo-Chine-Française", 1888-1891. Album with 138 original photographs (including 1 panoramic view on 3 segments).
Albumen prints. Imprinted numbers. Fix mounted on cardboard supports. The mounts each with legends. Each approx. 11.5 × 16.5 cm (vertical and horizontal formats); Album 43 × 58.5 cm. (3) leaves, (43) mounts. Original half-leather album with gold-embossed spine and cover title.
The first volume (according to the title page) on Annam, Ton-King, region of savages from the Mekong bank. Annam, a historical name for a region in Southeast Asia in today's Vietnam: With photos from the province of Quang Nam, Hué and its citadel as well as the tombs of the emperor of Annam. Explanatory double leaf of text on the province of Quang Nam and Hué and its citadel. All photographs were taken between 1888 and 1891 by Captain Trumelet-Faber, who was assigned to a battalion of the Annamese Tirailleurs in Hué in 1888. The pictures document the military career of a man as a soldier who was very connected to the Annamese civilisation, and likewise show him as a discoverer of underexplored regions. Hundreds of kilometers were travelled to meet cultures and populations that Europeans often ignored or disdained. In 1890 Trumelet-Faber was delegated to Hanoi and appointed battalion commander. In this context, Auguste Pavie asked him to carry out a series of missions. He returned to France from Indochina with several photo albums documenting the years 1888-1891. He was promoted to brigadier general and later transferred to Tunisia and Algeria. He died in Paris during the First World War.

The title with handwritten dedication to the Division General of the Marine Infantry, Anicet Edmond Bichot (1835-1908).