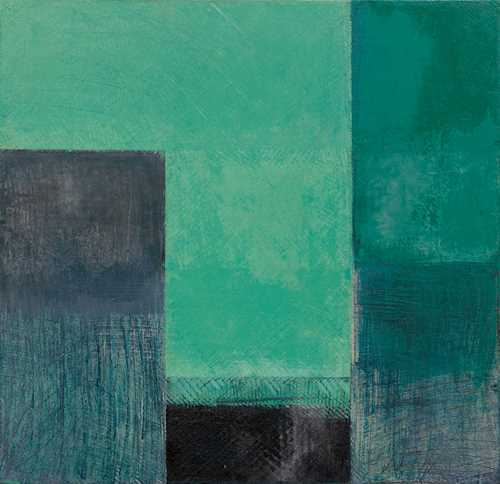 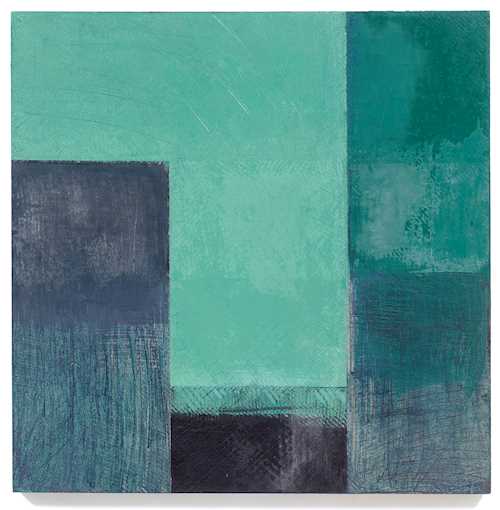 "I wish I could use colour like that." Francis Bacon

Born in 1932 in London, Alan Green studied from 1949 to 1953 at the Beckenham School of Art. After completing three years of national service in Korea and Japan as a cartographer, he continued his art studies at the Royal College of Art. His education as an illustrator and graphic designer helped him to detach himself from the precepts and restraints of art history. On graduating in 1958, Green entered the teaching profession, which took him to Hornsey College of Art and the Leeds College of Art amongst other places. As an artist, from early on he worked very closely with the Annely Juda Gallery. From around 1978 he was able to live solely from his art. Alongside numerous group and solo shows, his solo show at Tate Britain and his participation in documenta 6 in 1977 are probably the most important. He is one of the most well-known exponents of Concrete Art in England. Alan Green died of cancer in 2003.

Through a visit to the Japanese potter Shoji Hamada during his military service, the young artist learned that it was possible to integrate one’s art into one’s life and, above all, that artmaking also involves a process. So, he began to produce his own paints, as well as his stencils and combs.

The present work from 1994 shows Green’s method of working to great effect. His colour palette in this case is a gradation from green through an almost recognisable violet, to black. The precise use of paint was crucial for Green. His surface treatment is a play of monochrome, from the calm to the animated, worked with the scraper and spatula in a great variety of ways. The combination of these different ways of working on the canvas lend his works depth, tension and an unbelievable dynamism. With this approach Alan Green trod a unique path amongst the artists of Concrete Art.