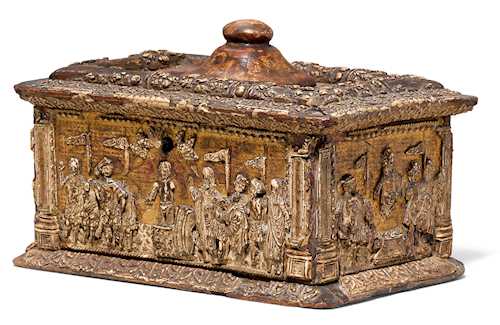 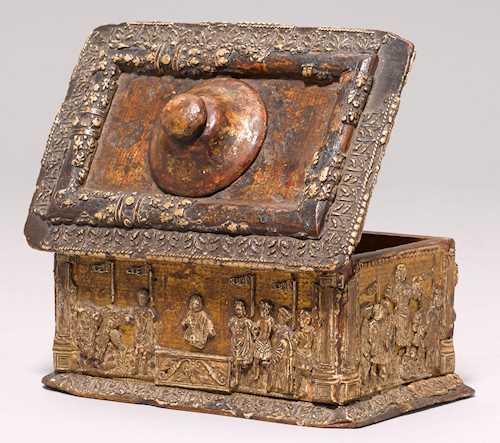 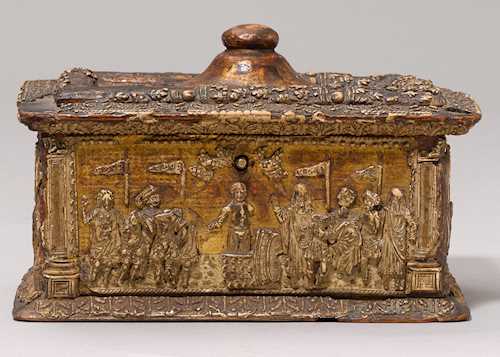 Pastiglia is the name for a partially pasty, applied mass, usually consisting of chalk mixed with pigments and binders. This technique is mainly used for relief-like highlighting of certain depictions on panel paintings and was already known in Ancient Egypt, where mummy portraits were decorated with pastiglia. Later, this type of relief was also used in the Byzantine area, and from the 12th century onwards in southern Europe, from where the technique of pastiglia spread northwards.

Comparable pieces can be found in the Metropolitan Museum in New York (Inventory No. 117.190.585) and in the Musée nationale de la Renaissance in the Chateau d'Écouen near Paris (Inventory No. ECL1750).