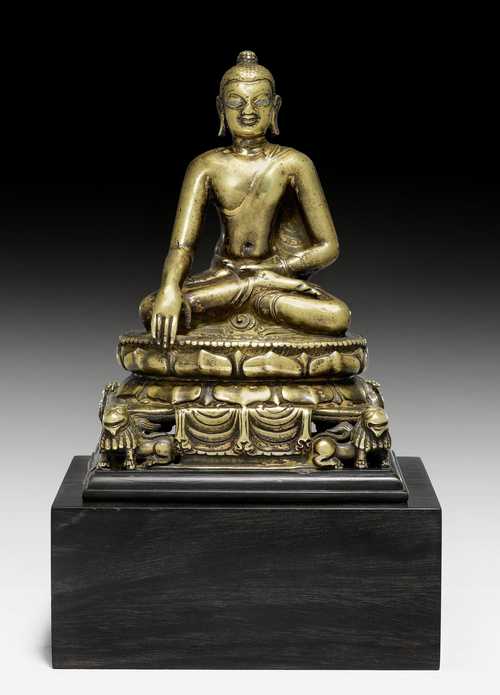 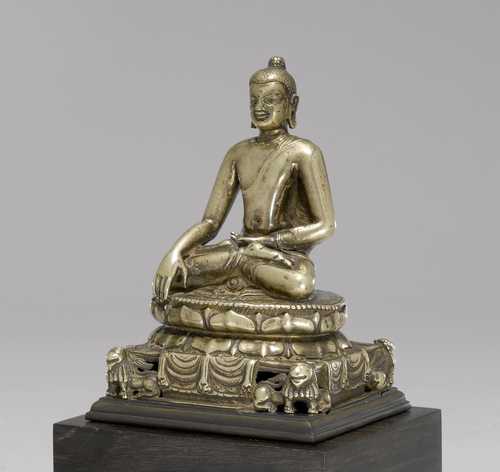 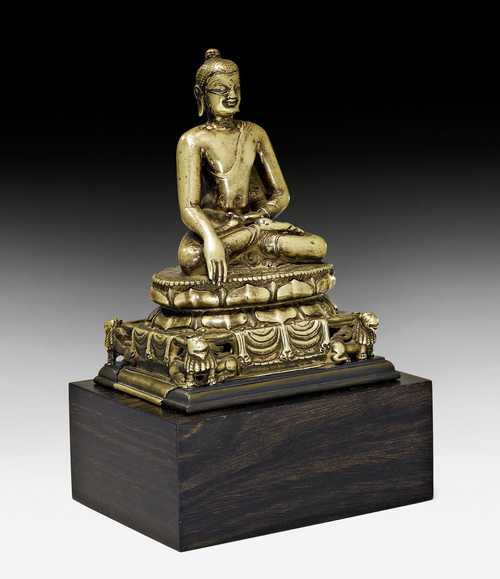 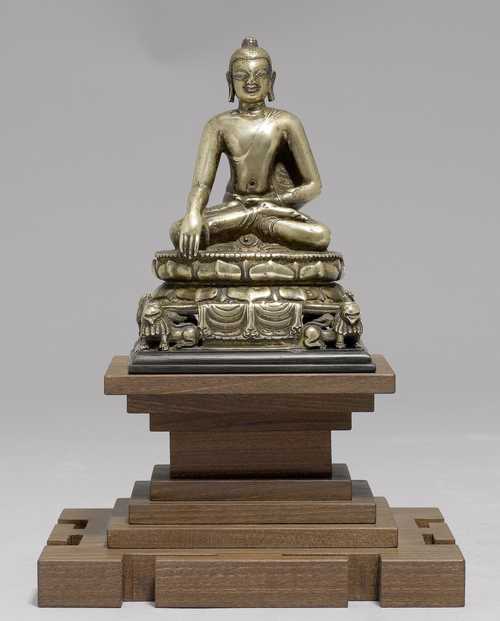 印度東北部，波羅王朝，8/9世紀。高16.5釐米，銅銀鑲嵌。
推測來自那爛陀寺。
This Buddha could possibly originate from the Nalanda Monastery in Bihar in North India. Nalanda was a famous centre for Buddhist studies between the 8th and 12th centuries. Scholars from many countries outside India studied sometimes for many years Vajrayana Buddhism at the Nalanda University. On the way back to their home countries they usually carried in addition to manuscripts written on palm-leaf also small statues cast in bronze or made of stone. This Buddha image must have been for more than 1000 years in Tibet and was countless times touched and ritually washed, as indicated by the shiny surface.

From a private family collection since several generations.