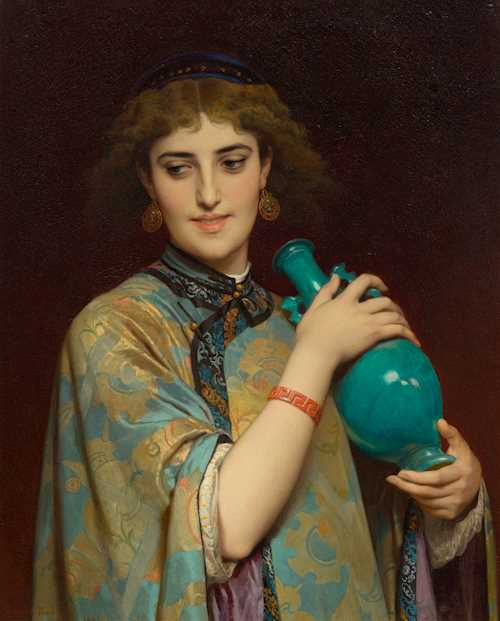 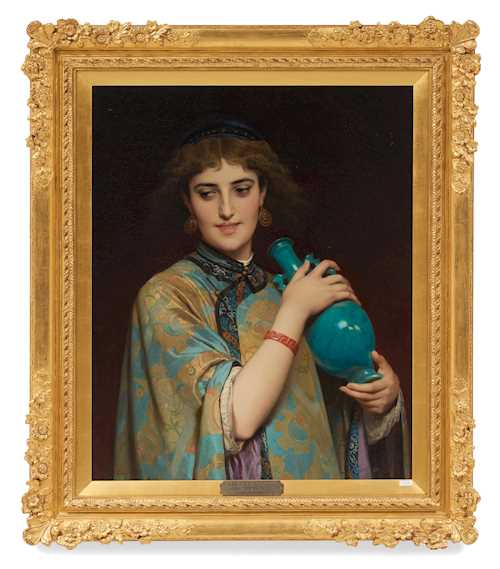 A celebrated salon painter with numerous commissions, the Parisian-born Édouard Dubufe was known primarily for his portraiture. Highly regarded by the art-going public and by contemporary critics, the Frenchman's flattering portraits, executed to a high degree of perfection, were subsequently forgotten for decades.

Coming from a family of painters, Dubufe’s artistic tendencies began very early on. His first teacher was his father, Claude Marie Dubufe (1790–1864). Later he studied with Paul Delaroche (1797–1856), and initially dealt exclusively with religious subjects before being drawn more and more to portrait painting, in part for financial reasons. From 1848 to 1851 he lived and worked in England, where the great English portraitists of the time influenced him and his work.

We are grateful to Richard Green for his scholarly support in cataloguing this painting.