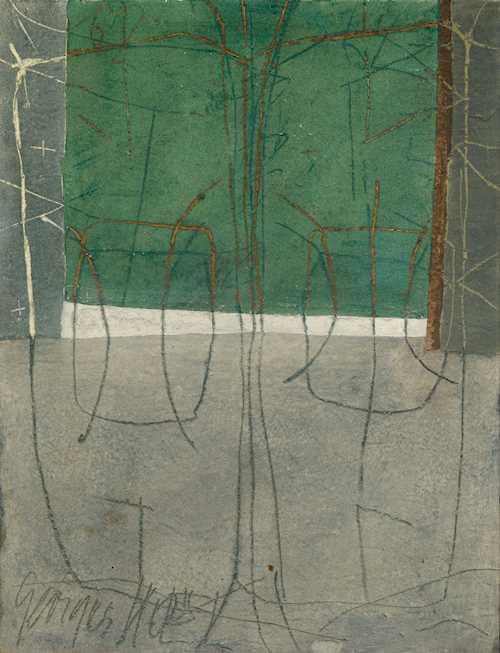 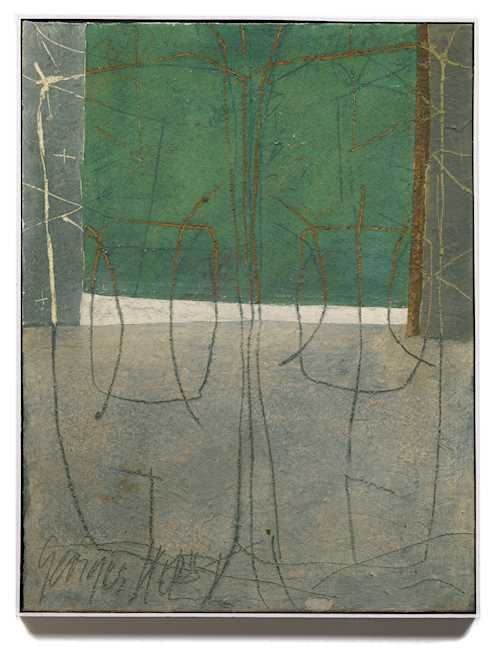 Provenance: By descent to the present owner, since then privately owned Switzerland.

Born in Béziers in 1924, Georges Noël first began to study engineering in 1938. Having decided to dedicate himself to art, at the end of the 1950s he developed a painting technique based on Polyvinyl acetate and so his first works known as Palimpsests were produced.

His works from the 1960s, of which the present piece is an example, are noted for their use of a strict sign language, with progressively more symbols from archaic cultures. By examining these cultures and their symbolism, this gives access to a spiritual element in his art. Alongside Informel Art, to which he is very close, he also engaged closely with Minimal Art when travelling in the United States, and lived for some years in Minneapolis and New York. In 1982 he finally returned to his home in France and died in Paris in 2010.