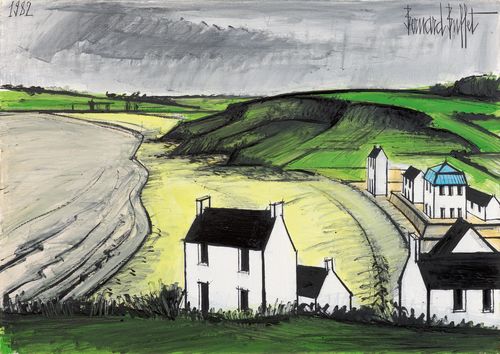 Sold for CHF 74 900 (including buyer’s premium)
All information is subject to change.

In 1982 Buffet was in Brittany and painted several paintings of the landscape there with its characteristic green hills, rising from the beach and populated by simple white houses. Buffet’s distinctive style, with its dominant dark lines, is also shown to its full advantage in the present work. The approaching storm imbues the painting with a sense of drama, likewise a typical element in Buffet’s extensive body of work.

Sold for CHF 74 900 (including buyer’s premium)
All information is subject to change.