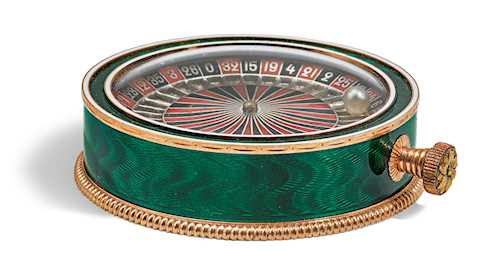 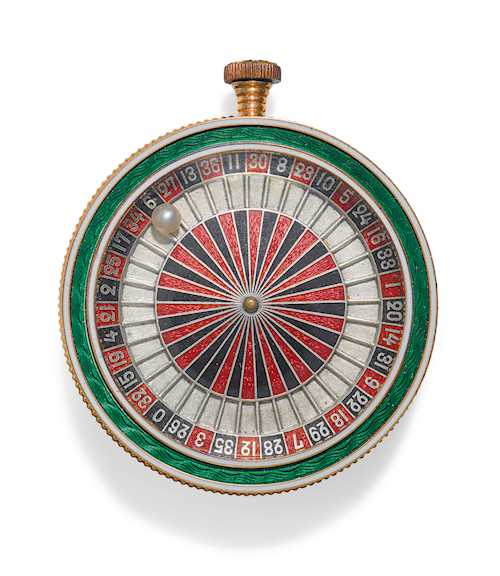 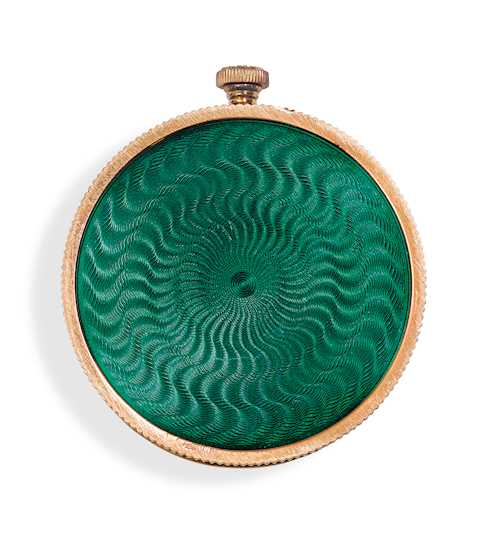 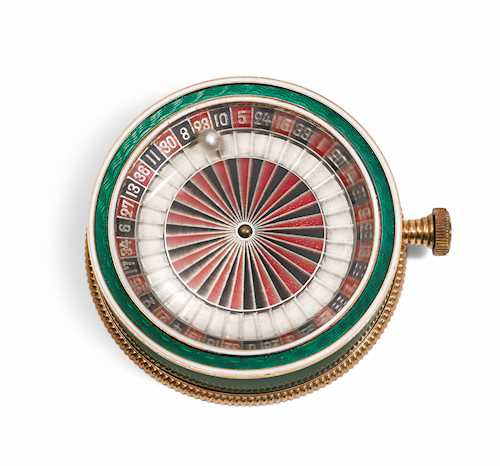 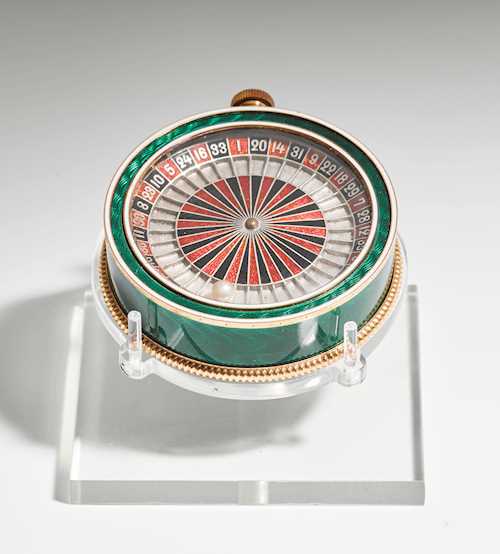 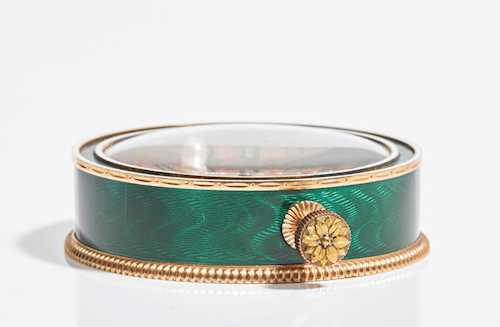 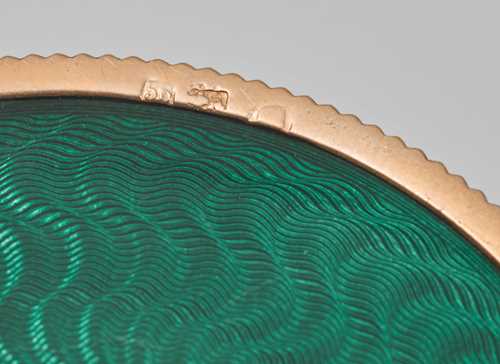 Maker's mark Fedor Afanassiev, inventory no. 18955.
Enamelled miniature roulette wheel with pearl ball, the wheel enamelled with translucent red over an engraved ground and opaque black, held beneath a rock crystal cover, the body enamelled green over radiating sunburst guillochages, with white enamel rims, the tapering two coloured gold trigger with a finely chased finial. Ca. 5 cm Ø. H ca. 1,5 cm.
Sir Ernest Cassell was one of Fabergé's most frequent customers, close friend of King Edward VII and mentor of Winston Churchill. Fabergé made only two roulette wheels and this is believed to be the only surviving one. The other was purchased by Leopold de Rothschild and changed hands several times: Lord Carnarvon, King Faruk of Egypt, Wartski and Mrs. Henry Ford II. She used to take it to entertain guests at picnics on the beach, where she left it behind one day and it was washed away by the tide.