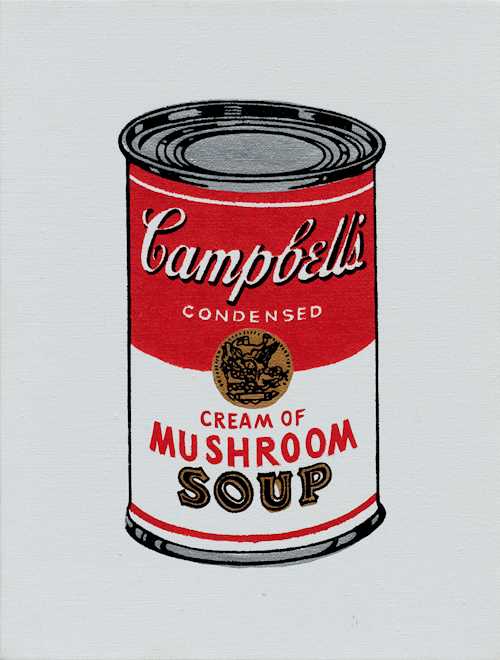 “I am a careful craftsman, he (Andy Warhol) is a slob.”

As a child, Richard Pettitbone, born in 1938 in Los Angeles, was interested in model making, and then as an artist he was fascinated by the process of transforming works of art into miniatures. He put this idea into practice for the first time in 1964, by transforming Andy Warhol’s iconic work “Campbell’s Soup Can” into a miniature version (see lot 3753).

The three works presented here are part of this series and illustrate to great effect what is known as “Appropriation Art”. Although as viewers we naturally recognise Warhol’s work at first sight, there are small but crucial differences which mean that this is not a copy. With Pettibone’s work it is always in the size, or rather the miniature scale, as well as the reworking with acrylic, where the work deviates from the precision of the screen prints. With his works, Pettibone calls into question the idea of ownership and authorship. With an artist such as Andy Warhol this is an exciting question, since it was Warhol himself who turned everyday objects into subjects for his art and promoted the fact that they could be replicated. Now, through Appropriation Art, which arose at the same time, this idea is taken to an even greater extreme.