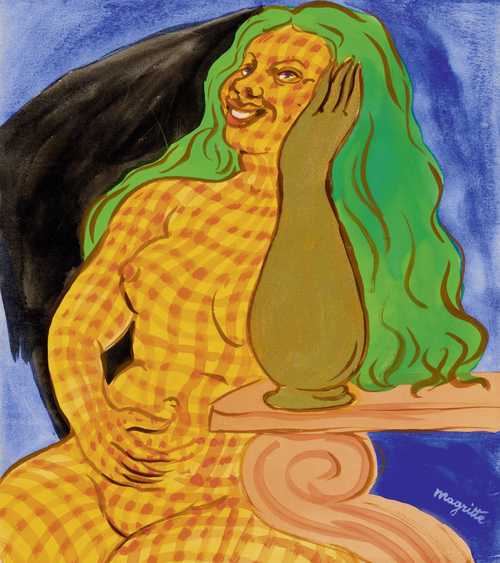 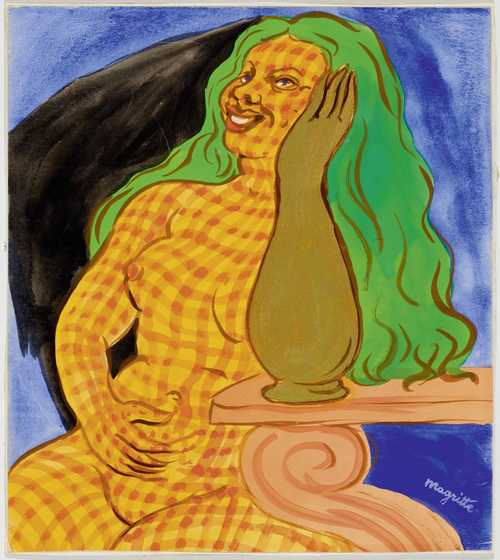 (Lessines 1898–1967 Brussels)
Les voies et moyens. 1948.
Gouache and gold on paper.
Signed lower right: magritte. Signed, dated and titled on the reverse.
40.5 x 32.8 cm.
We would like to thank the Comité Magritte for confirming the authenticity of the work, Brussels, March 2019.