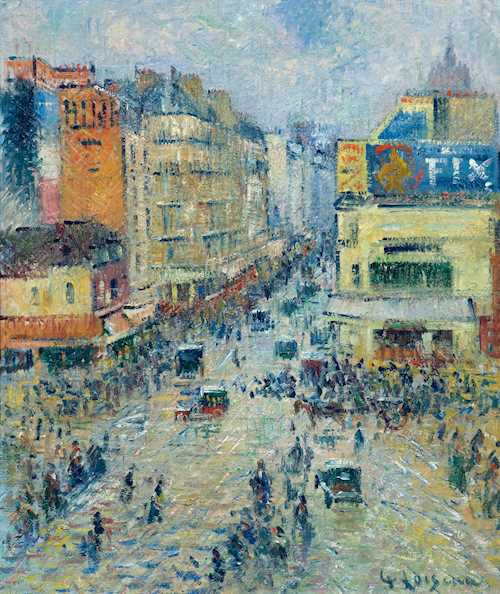 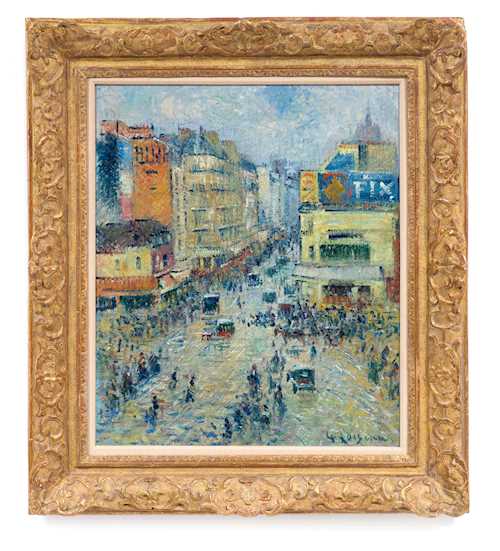 Provenance:
- Galerie Paul Durand-Ruel, Paris, no. 12401 (label on the reverse), acquired directly from the artist.
- Galerie Noortman, London.
- Swiss private collection, acquired on 1.12.1986 from the above gallery in Maastricht and by descent to the present owners.

In 1887 Gustave Loiseau decided to devote himself entirely to painting. He settled in the Montmartre district of Paris in the Rue Ravignan-only a few steps away from the Rue Clignancourt, a favourite motif the artist repeatedly captured, especially later in the 1920s. These works vibrantly depict the everyday busy atmosphere of pedestrians, automobiles and advertising in the French metropolis of Paris, recalling the large paintings of Paris by Monet and Pissarro. A representation of the same motif, which Loiseau painted almost one year later on the French national holiday, July 14, 1925, is held in the Thyssen-Bornemisza Museum in Madrid.