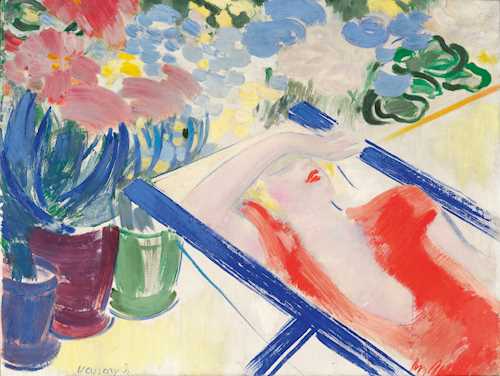 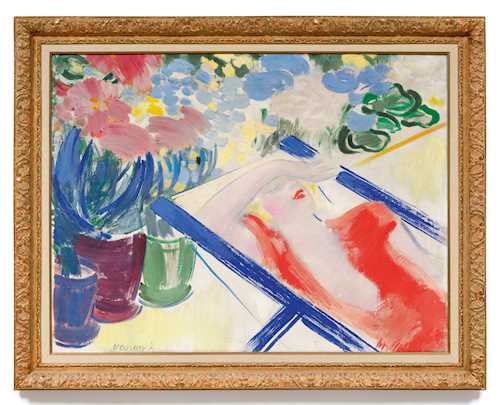 The present works 'Lady in a Lounger' and 'Bay of Rapallo' (lot 3230) were painted in the 1930s and are masterful examples of Vaszary's mature late work. After World War I — he had served on the Serbian front between 1914 and 1918 and experienced the horrors of war first-hand — the artist concentrated primarily on 'the beautiful things in life’ and painted exclusively carefree scenes. The works from the 1930s are highly recognisable with their bold fields of colour and are also frontrunners in the art market.

The importance of Vaszary for modern Hungarian painting and thus also for European art history is noted by Dr. Gábor Ö. Pogány in the preface to the exhibition catalogue of the 1964 János Vaszary exhibition at Galerie Sehima Huber in Zurich: "János Vaszary was one of the artists who played an essential role in the Hungarian intelligentsia's fight for intellectual freedom at the beginning of the century and revolutionised the then still largely feudal culture. Vaszary played no small part in bringing European thought and taste to Hungary" (translated from German).