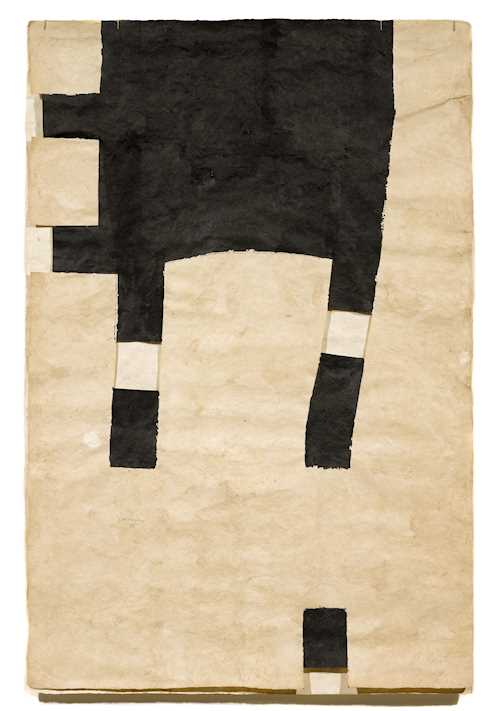 Sold for CHF 213 800 (including buyer’s premium)
All information is subject to change. 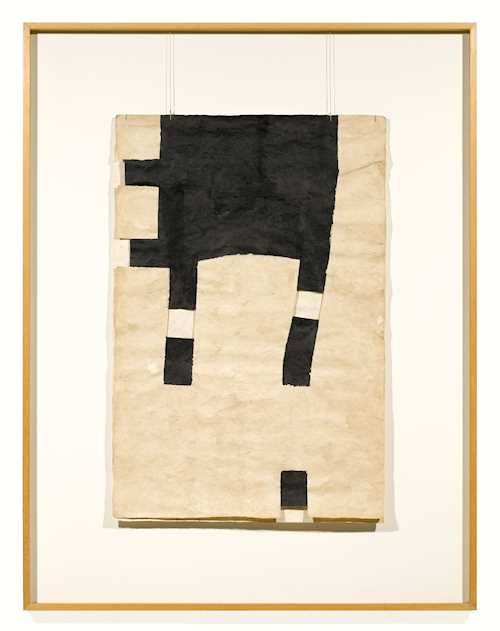 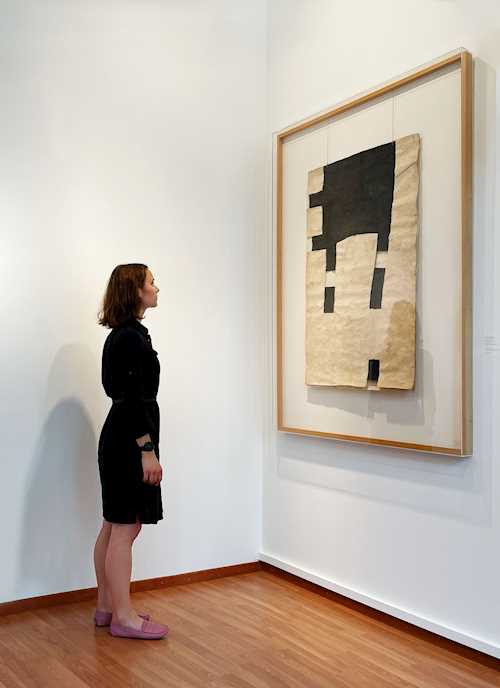 Provenance:
- Galerie Elivra Gonzales, Madrid.
- Purchased from the above in 1999 at Art Basel by the present owner, since then private collection Austria.

“To look is one thing, to see is another thing; to see is very difficult, normally; to look is to try to see. I have looked and I hope I have seen.” Eduardo Chillida.

Eduardo Chillida developed an entirely individual visual language that made him unmistakable and one of Spain's most important sculptors, painters, and graphic artists. He experimented with a wide variety of materials, such as granite, marble, paper, felt, steel, and iron.

"I am one of those who think that people come from one place. Ideally, we come from one place, we have our roots in one place, but we stretch our arms out to the whole world, taking inspiration from the ideas of different cultures." These words are reflected metaphorically in many of his works: a deep connectedness with his native earth through the influence of the world, or, rather, through the influence of space. In his sculptural work, as well as in his prints and paintings, his architectural conception of space is at the forefront. It is the boundaries of space that become the central theme of his works — it is not the form that is determined by the space, but the spatiality that is determined by the form. This artistic value inhabits his paintings with the contrast between white and black surfaces, and the correspondence is found in his steel volumes, in which he contrasts the monumental materiality with the surrounding spaces.

Influenced by his love of music and the German poets and thinkers, the titles of his works often refer to Goethe, composers such as Johann Sebastian Bach, or the harpist Nicanor Zabaleta, such as "Euzkadi", "Aundi", "Beltza", "Hutsune", or "Gravitation".

The work presented here is part of his late, mature work. In the 1980s, Chillida experimented increasingly with quadrilateral forms in his paintings and prints. His clear affinity for smooth surfaces, clear edges and lines comes into focus and leads to a particular emphasis on pure forms. His particular conception of space also comes especially to the fore here: the work consists of two sheets of handmade paper laid one on top of the other. These are loosely mounted and secured at the upper edge with threads on a 5-millimetre narrow wooden strip. This thin space between the sheets creates the entire volume of the work: the five cut-outs in the first layer of paper are given a shifting depth and create a three-dimensional effect. From the classic two-dimensional painting to a substantial, yet filigree, flexible work made of paper, which takes on aspects of a solid form. Also, by not setting clearly defined boundaries, the artist addresses the infinite space around the black surface, inviting it to join in the movement and energy. Out of the black square, the free-flowing black lines seem to find their own orientation and interact organically with the white empty space.

Very much in keeping with Chillida's thinking, this work, despite the subdivision of forms, radiates a homogeneous materiality — a calm and powerful self-assurance, as well as an openness to the surrounding space, the world, or that which has not yet been experienced.

Sold for CHF 213 800 (including buyer’s premium)
All information is subject to change.