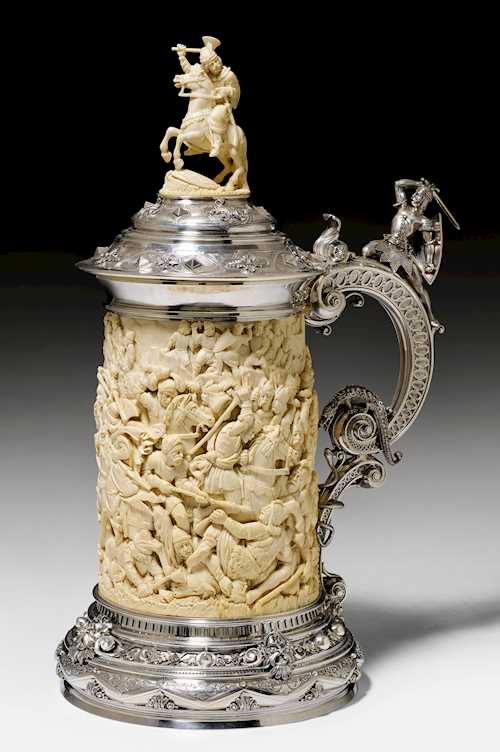 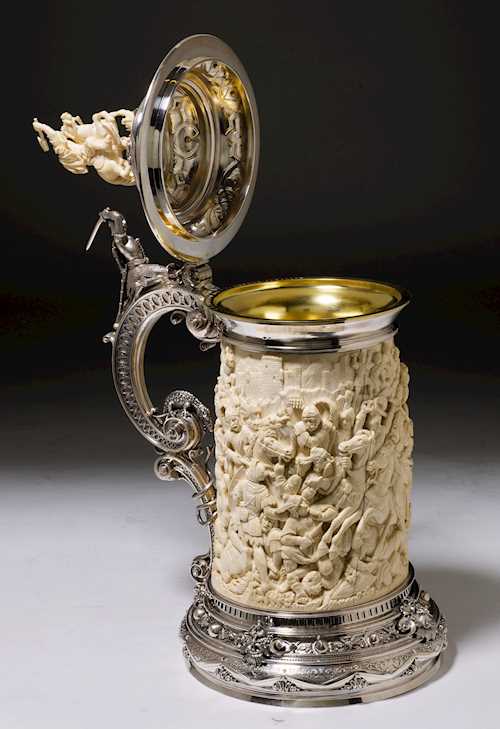 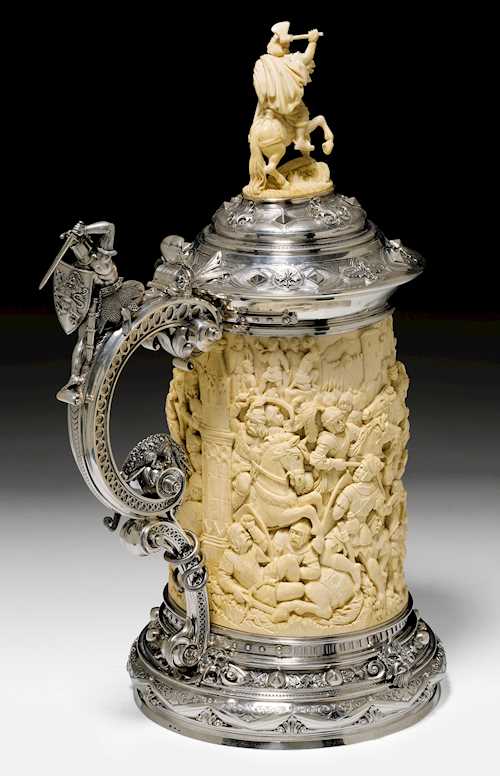 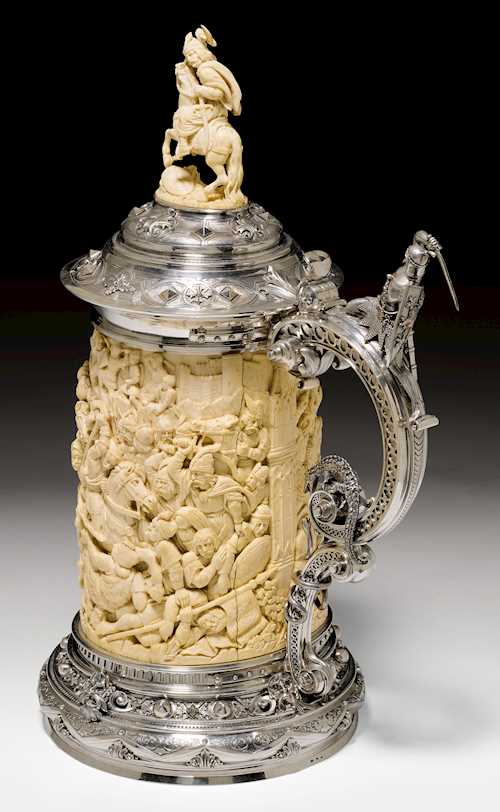 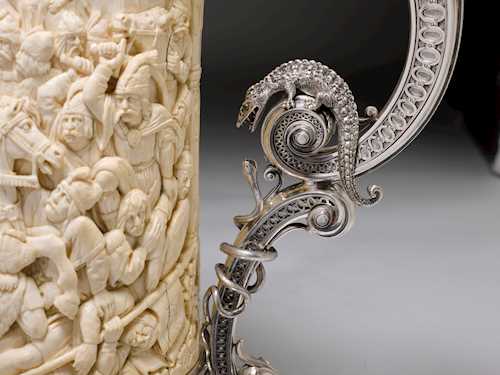 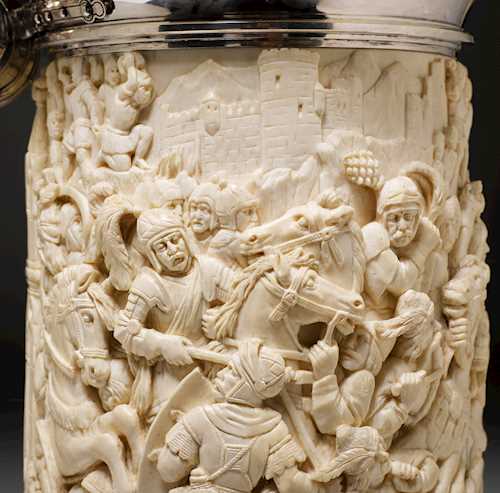 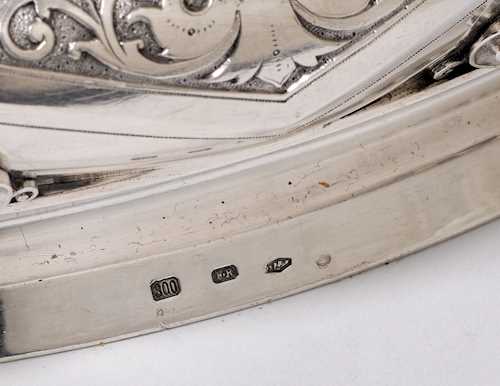 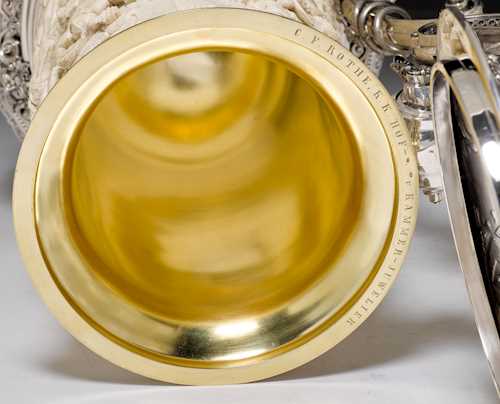 Historicism, Vienna ca. 1875. The silver mounts with maker's mark Christian Friedrich Rothe (1817–1892) and inscribed C.F. Rothe K.K. Hof- u. Kammer-Juwelier, probably in collaboration with Anton Dominik von Fernkorn (1813–1878).
The walls of the ivory vessel are circumferentially carved with a Medieval battle scene, carved in relief. Base, cover and handle in silver, finely decorated with leaves, scrolls and mascarons. Opulently decorated handle featuring a knight during a sword fight. The cover features an ivory figure designed as a Tatar on horseback, wielding a battleaxe.
H 46 cm.
This object contains material of endangered species and is subject to certain trade restrictions. Prospective buyers should familiarize themselves with relevant customs regulations prior to bidding if they intend to import it into another country.

Christian Friedrich Rothe, born in 1817 in Altenburg / Saxony, moved to Vienna at a young age and joined a goldsmith's workshop in 1834, which he took over after only 10 years of working there. After his nephew Anton Otto Gerbitz joined the company around 1850, it was renamed C.F.Rothe & Neffe. In 1856, Rothe received, from Emperor Franz Joseph I, the title "Royal and Imperial Court Goldsmith and Jeweler", and, in 1874, he was awarded the additional title "Royal and Imperial Court Chamber Jeweler". Rothe also received numerous domestic and foreign titles, such as that of "Imperial Persian Court Jeweler" (1860) and "Purveyor to the Imperial Brazilian Court" (1873).
Rothe and his nephew's business became an important jewelry company for the production of medals and other precious objects. For example, he made the brilliant-cut diamond crown for the Coronation of the Empress Elisabeth as Queen of Hungary, as well as the Pontifical Cross in the Hagia Sophia.

The work on offer was probably created in collaboration with Anton Dominik von Fernkorn (1813-1878), a sculptor from Erfurt who set up his workshop in Vienna from 1840 onwards and worked for the Royal and Imperial Foundry around 1855. An equestrian statue by Feinkorn depicting St. George fighting the Dragon, dated 1853, bears a great resemblance to the knight on the handle of the tankard on offer. The statue is kept in the Montenuovo Palace in Vienna. Cf. Friedrich Pollak: Anton Dominik von Fernkorn: Ein österreichischer Plastiker, Vienna 1911, p. 18 and Ill. 23.