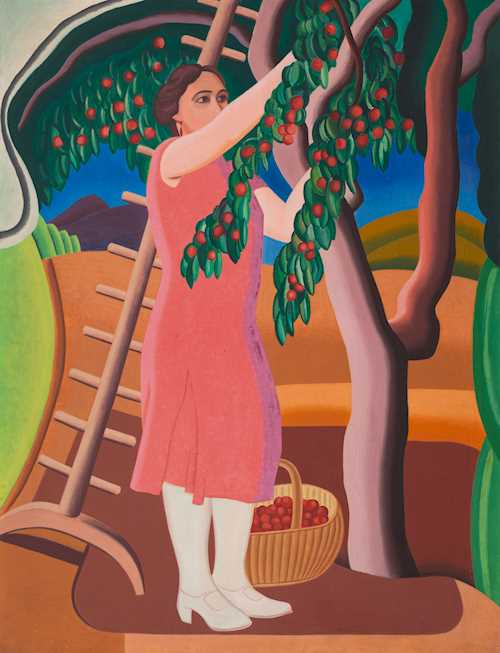 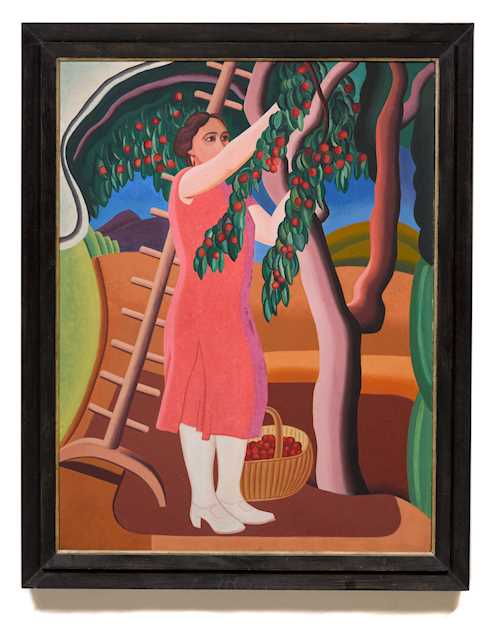 August Herbin temporarily returned to figuration in the years 1922–25. In addition to landscapes and still lifes during that period, he also focused on the human figure, presenting it in sensitive portraits or engaged in everyday activities. The present work, "Femme au cerisier“, produced in 1924, is also classified in that creative phase.

In "Femme au cerisier“ Herbin only suggests the individual components of the picture – the tree, the ladder, the field and the hills visible on the horizon – with a few filler lines and shadow formations, thus reducing them to their basic forms that spread like a pattern before the eyes of the viewer. The silhouette-like, statuesque figure of the cherry picker is reminiscent of Pablo Picasso's classical female figures of the 1920s, in which he outlined his figures in large contours and created a voluminous sense of form.