ANONYMOUS PORTRAIT REVEALED TO BE A TENDER MEMORIAL 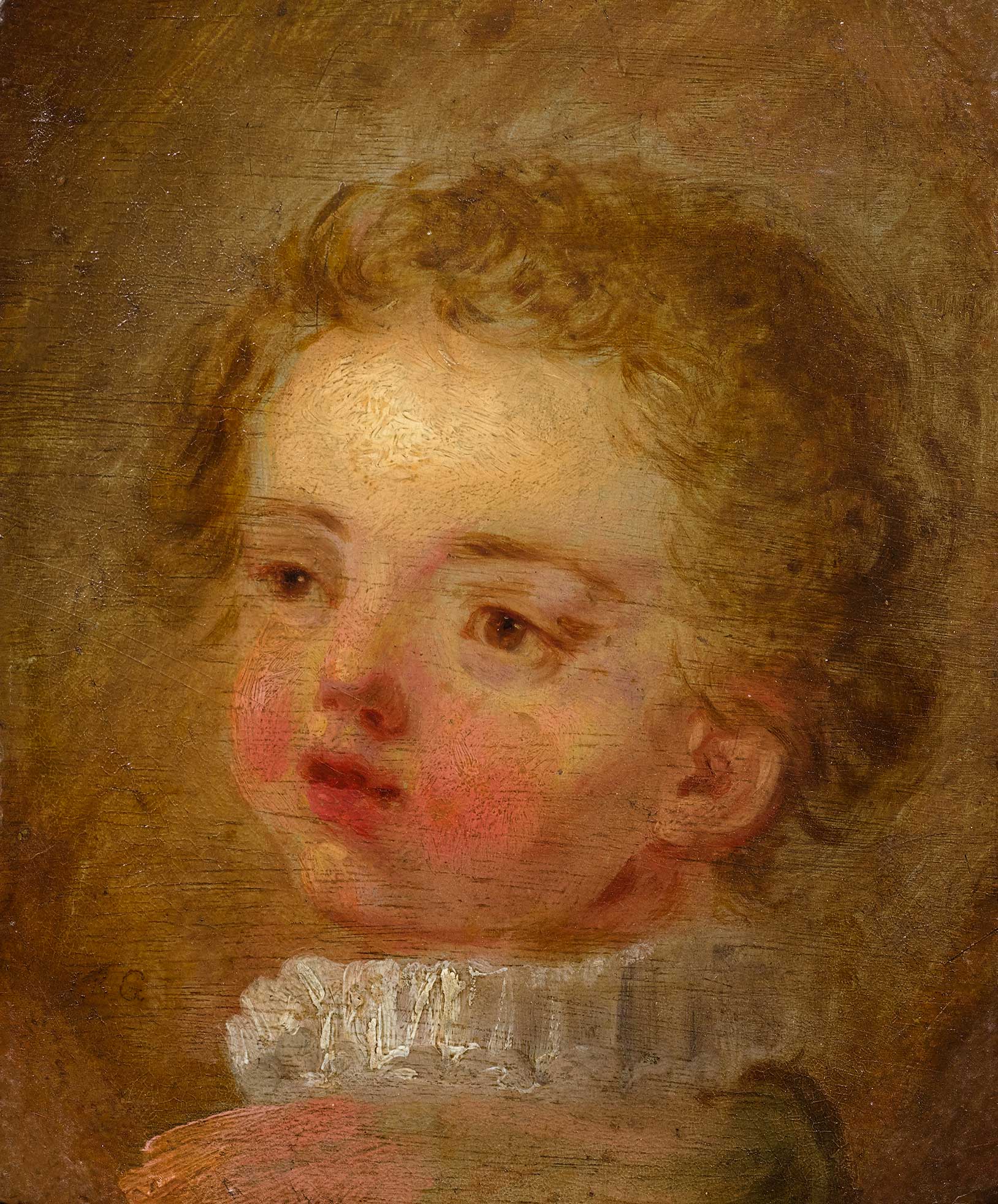 
Determining the identity of the sitter in a portrait often involves what resembles detective work – clues are gathered, inferences made, and sometimes a likely identification can be made. In the case of the little boy depicted by Jean-Baptiste Greuze offered here, we do have two clues.

The first is a label which was originally on the back of the panel, inscribed ‘Eigenthum Ihrer Majestät der Königin Mathilde von Württemberg’ (Property of Her Majesty Queen Mathilde of Württemberg). Charlotte Mathilde was the eldest daughter of King George III of Britain and his queen consort, Charlotte. The fact that this painting was in Charlotte Mathilde’s possession means that she not only took it with her when she married Frederick, future king of Württemberg when she was 33 years old, but also to Ludwigsburg Palace near Stuttgart when she settled there as dowager queen after Frederick’s death. To have kept this small portrait among her personal property during her entire life, the sitter must have meant a great deal to her.

The second clue lies in the physiognomy of the sitter. Dr Eberhard Fritz, archivist of the House of Württemberg, detected a strong resemblance, especially around the eyes, to portraits of some of the queen’s siblings. The most likely candidate is her youngest brother, Prince Octavius of Great Britain. Charlotte Mathilde was twelve years old when Octavius was born, and she was sixteen when he died suddenly at the age of four following a smallpox inoculation. His presence in her life came during a period when she could well have been attached to him almost as a child of her own, and have been strongly affected by his death. 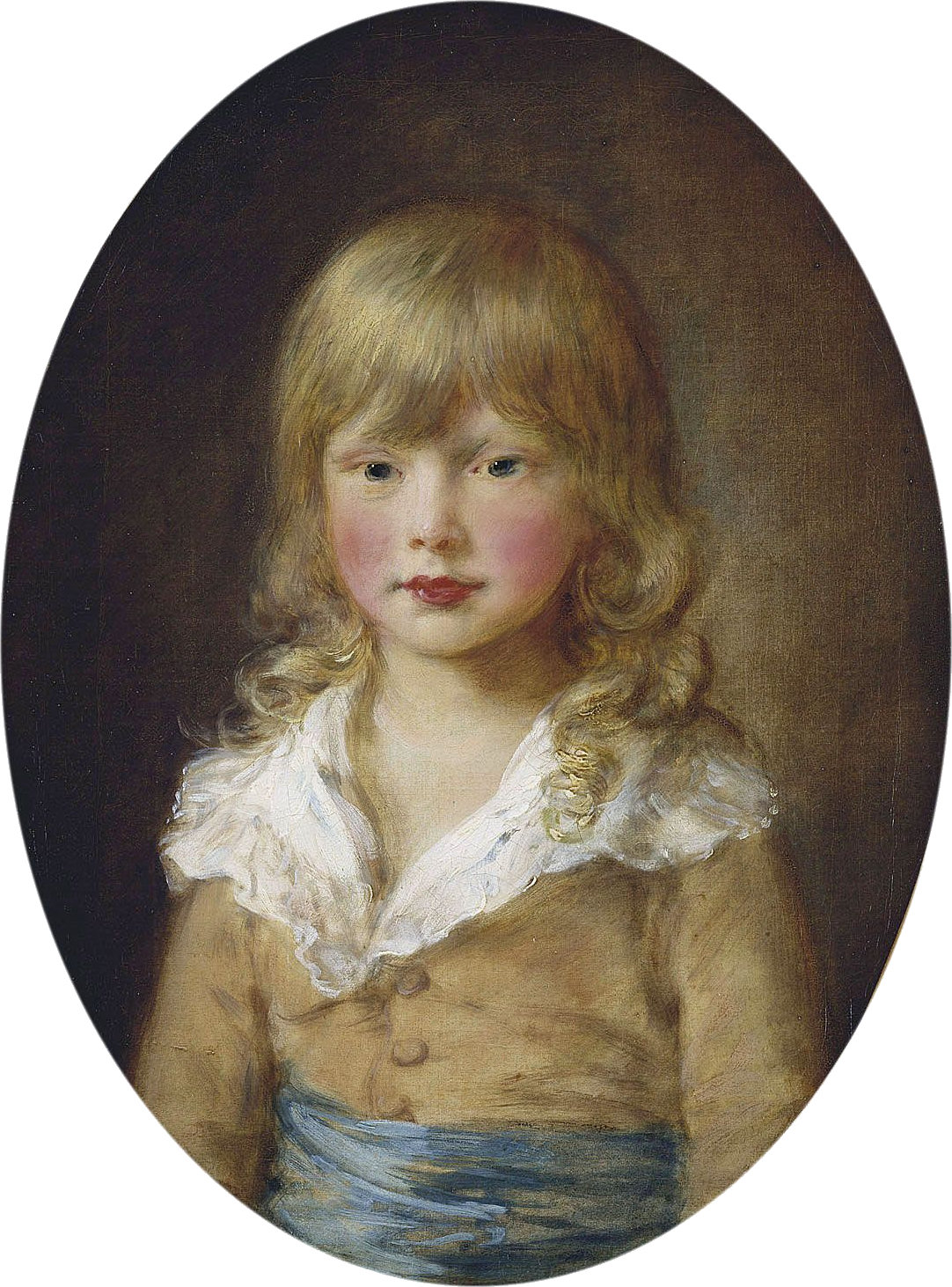 Octavius was also adored by his royal parents. His father was especially fond of him, and when Octavius died, King George was devastated. When his son Alfred died six months earlier, the king is reported to have said, ‘I am very sorry for Alfred, but had it been Octavius, I should have died too.’ Later in life, during his bouts of madness, the king imagined seeing Octavius, and holding conversations with both deceased sons.

Although Charlotte Mathilde never had children of her own, she was a devoted mother to Frederick’s three children from his first marriage, who were teenagers by the time Charlotte and Fredrick wed. Described by German writer Gustav Schwab as an ‘educated, artistically gifted, pious and warm-hearted woman’, the queen was involved in the founding of the Ludwigsburg Mathildenstift, a home for neglected children.

This cherished portrait was acquired by Judge Henry Martyn Shepard, whose ancestors were among the earliest English settlers in New England, probably during a European grand tour in 1859. It remained in his family’s possession in the U.S., until recently entering a European collection.

Click on the button below to see all catalogues with prices realised:


BACK TO ALL CURRENT ART STORIES >>