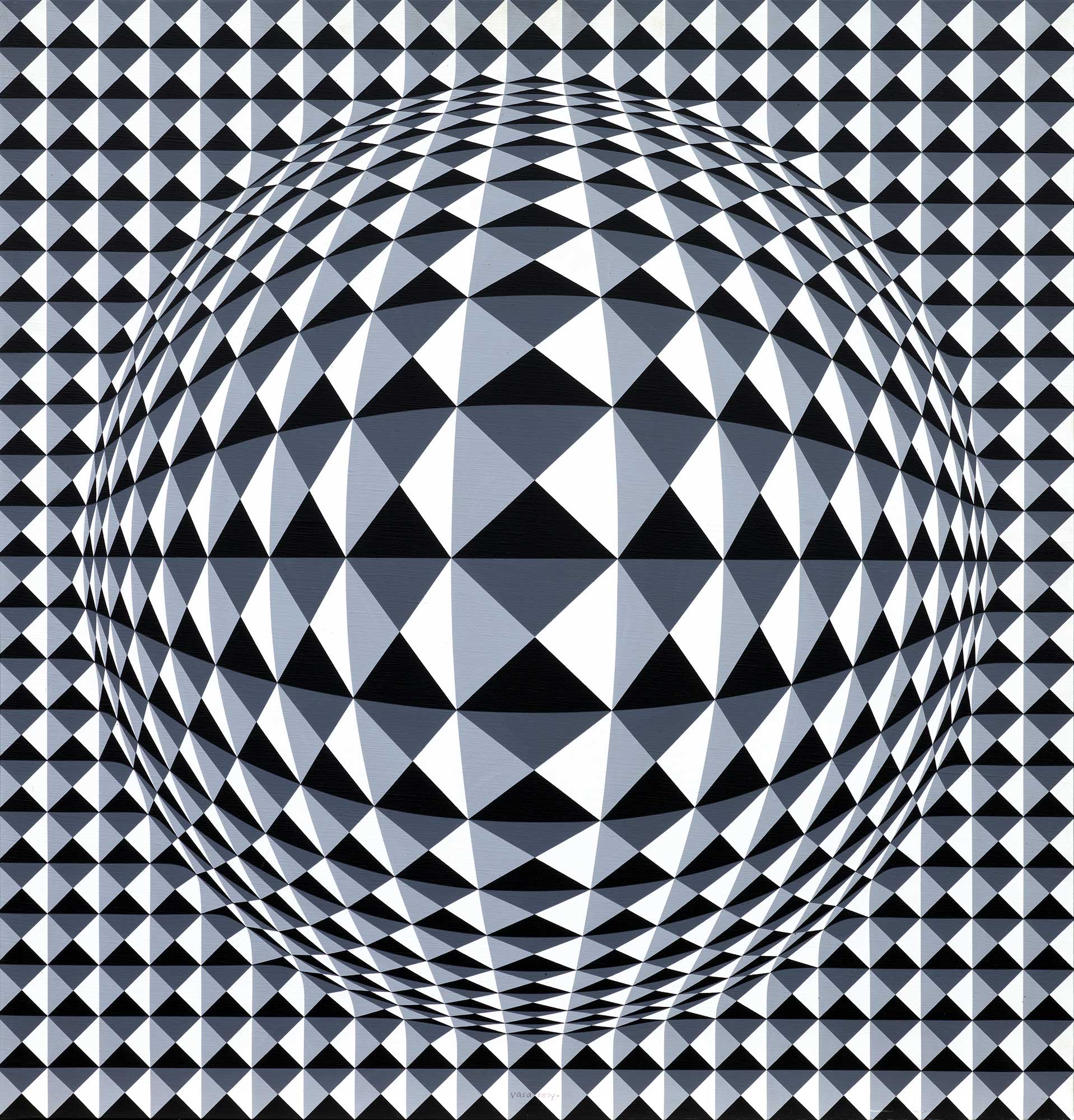 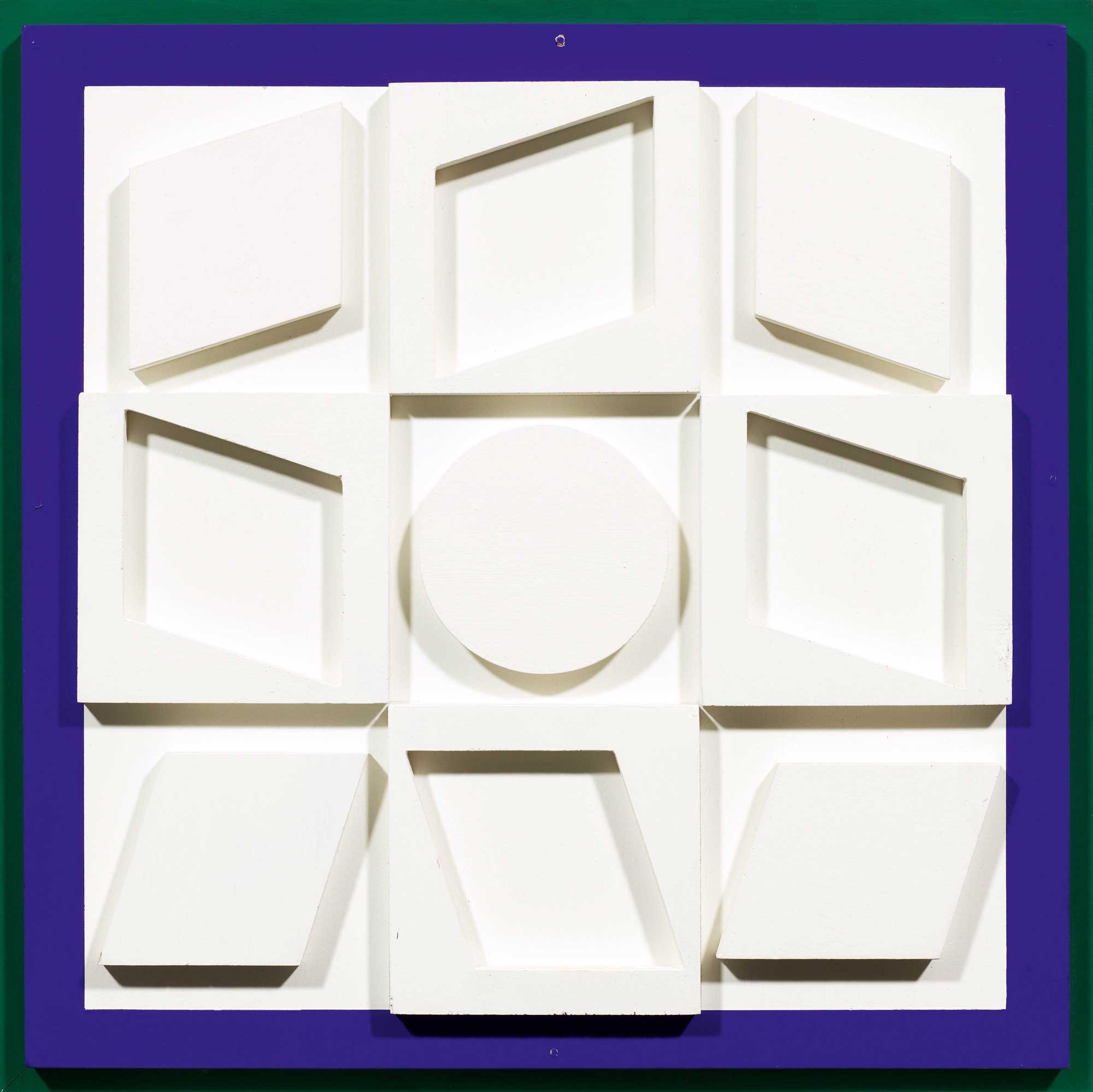 Instead of choosing between painting or sculpture, some post-war artists decided to push the boundaries between the two, creating two-dimensional works which also explore the possibilities offered by sculpture. Victor Vasarely spent much of his career experimenting with carefully crafted, illusionistic effects which made the motif shimmer, spin, or appear to extend from the canvas into the viewer’s space, as in his 1984 work, ‘Karpat’. As with sculpture, a key element in Vasarely’s work is that the perception of the artwork changes with the spectator’s point of view. Jesús Rafael Soto utilised a similar concept in his work ‘Vibrations’, 1967, in which the lines screenprinted onto a plastic sheet appear to float in front of a striped and seemingly vibrating background.


Vasarely also worked in another medium which lies in a grey area between painting and sculpture: relief sculpture. With his ‘positif’ and ‘negatif’ series of works from the mid- to late 60s, the artist employed a series of cut-out and painted shapes, generally arranged in a square-shaped array of nine elements, as in the works ‘Dyok (positif)’ and ‘Beryl (positif)’ offered here. The choice and arrangement of shapes and colours was not only aesthetic – Vasarely was inventing a ‘plastic alphabet’, a symbolic visual language designed to grant universal access to the creative process.


Stephan Balkenhol is best known for his sculptural works, such as ‘Male Torso’, 2011 and ‘Kneeling Man’, 2012, offered in the 2 December auction. But he also engages in relief sculpture, as in the portrait of a man in a classic head-and-shoulders format from 2017 illustrated here. In his relief works, Balkenhol employs his signature technique of leaving rough traces of the tools used to carve out the wood. Painting is also an important element in Balkenhol’s sculptures as well as his reliefs, creating a link to classical portraiture, while at the same time serving to underline the difference between what his ‘portraits’ at first appear to be, and what they might actually represent. 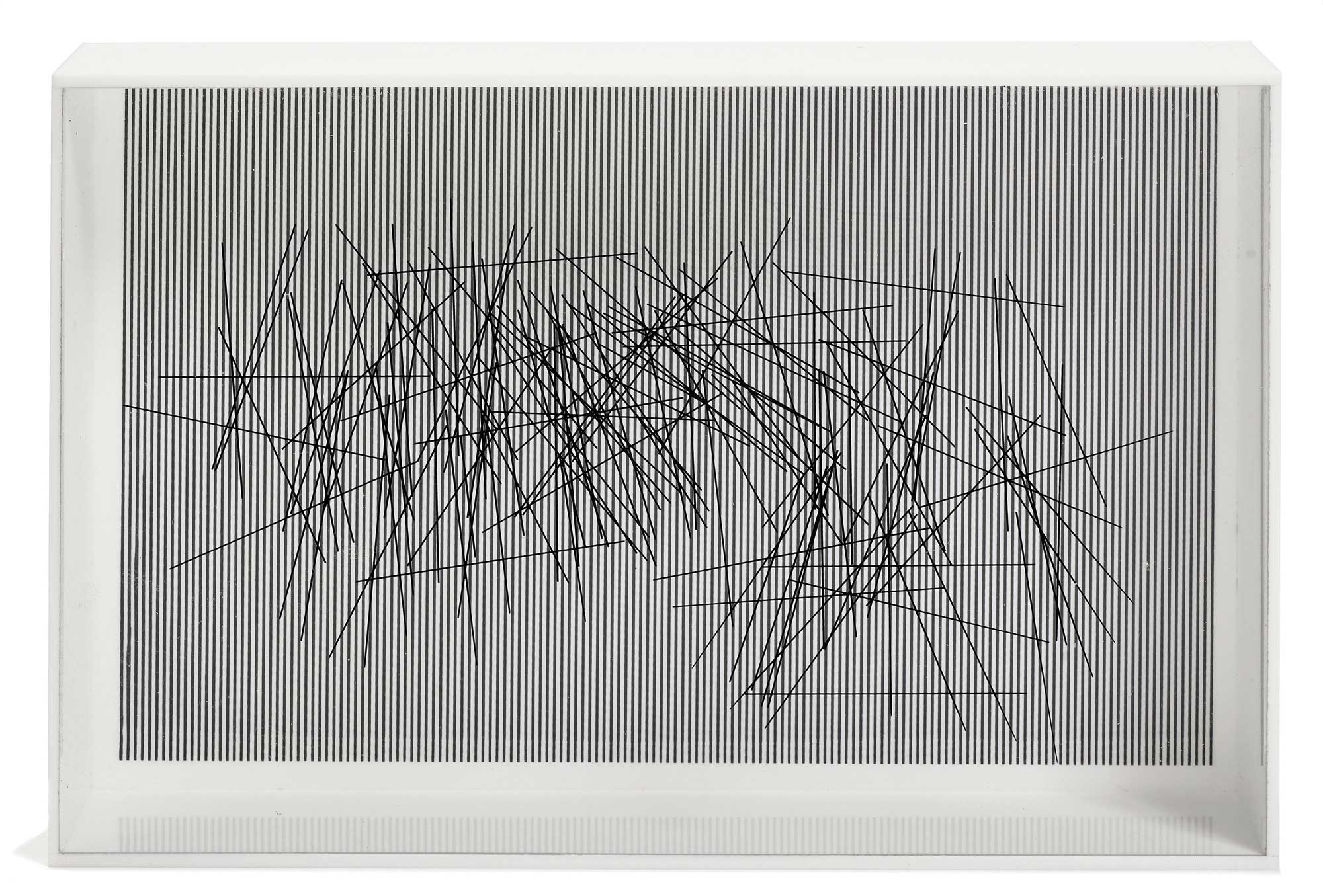 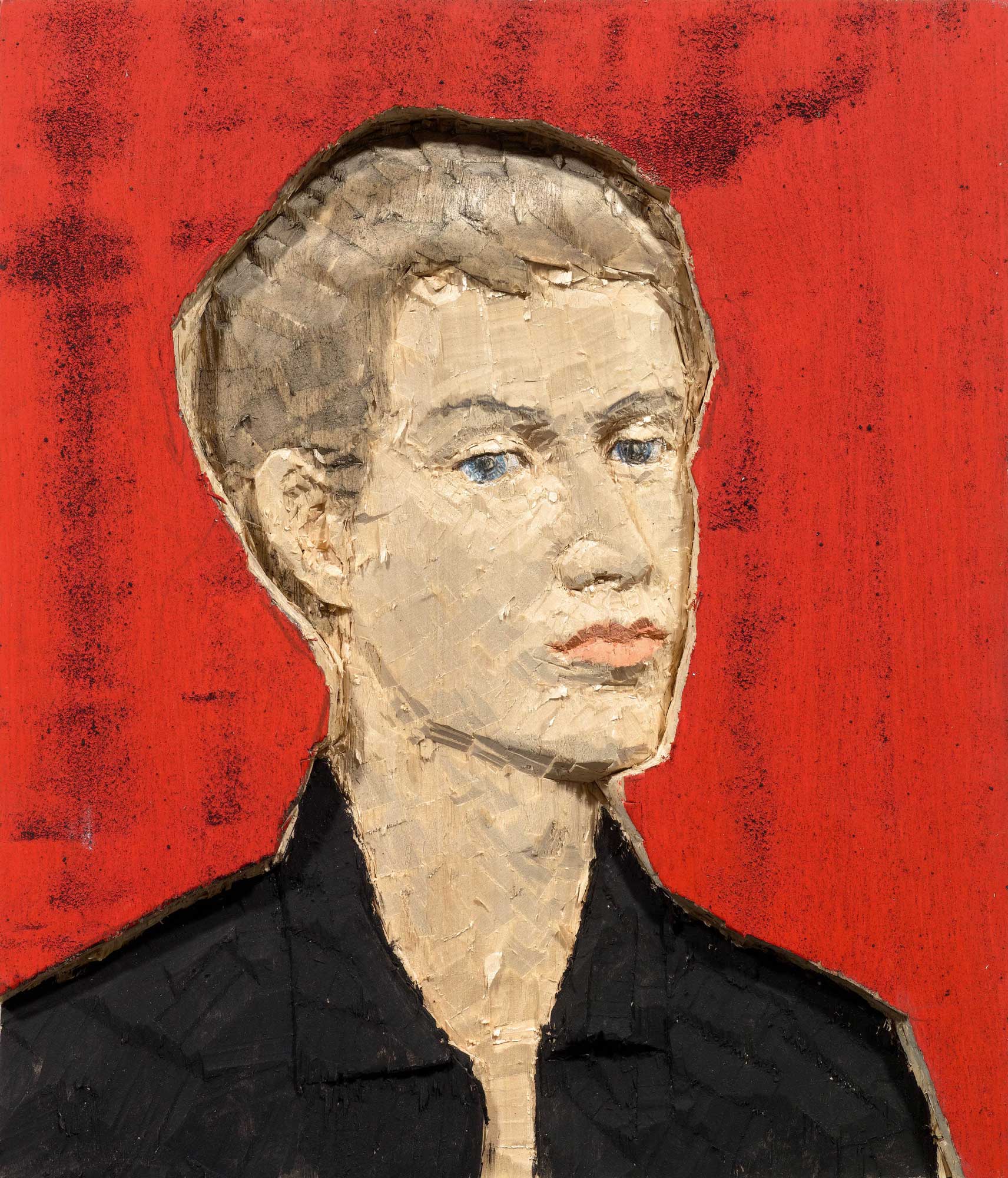 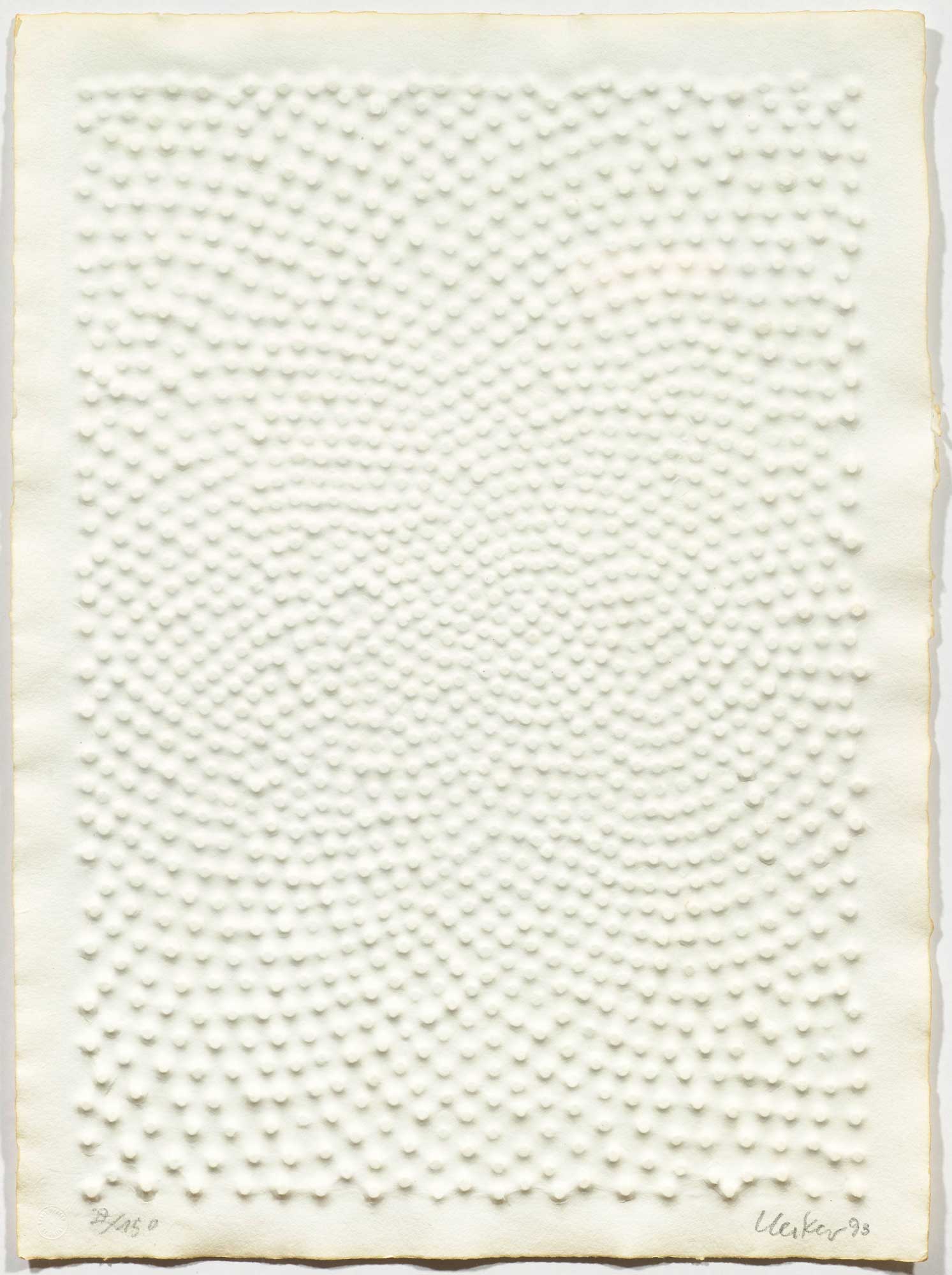 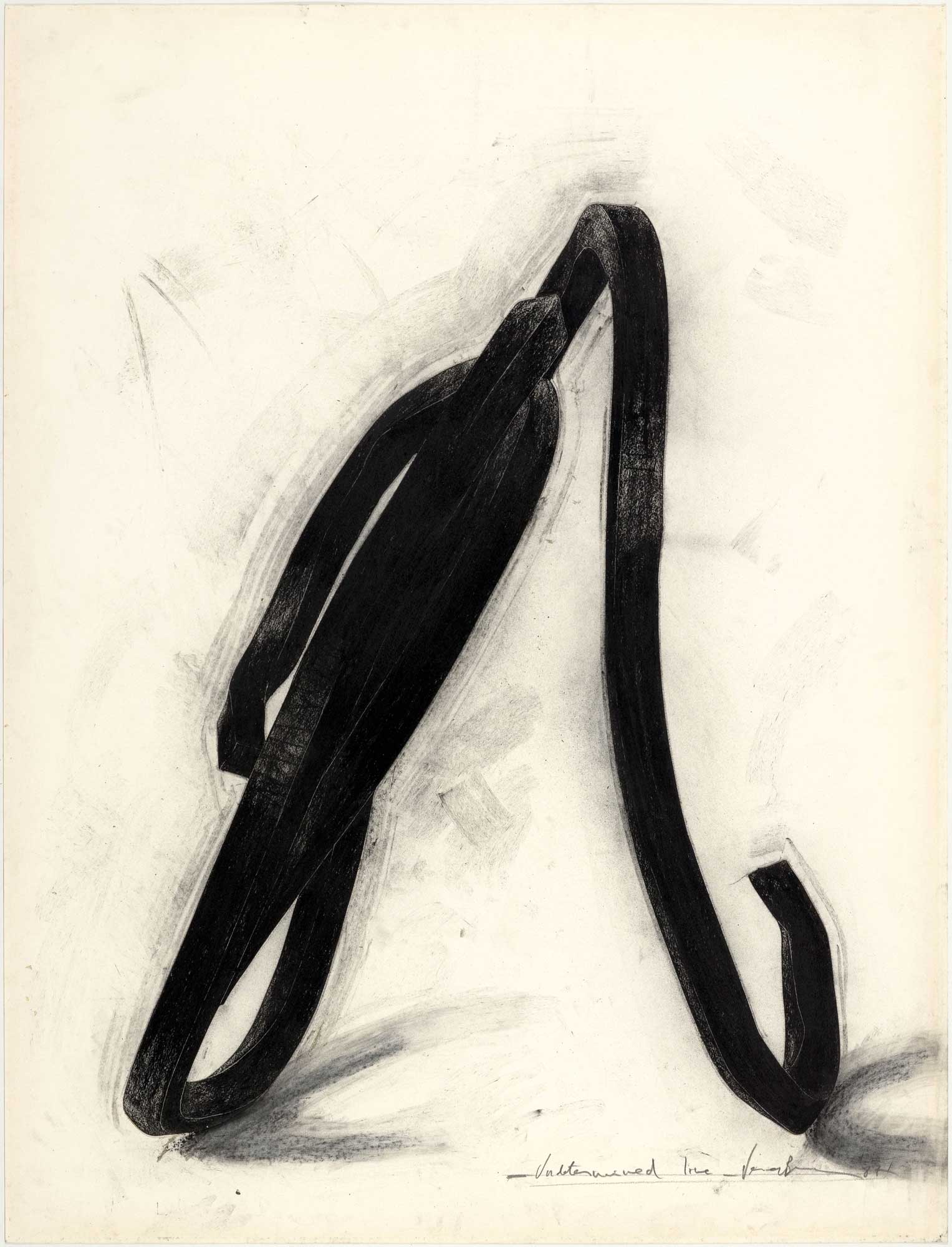 Gunther Uecker apart from his use of nails to create sculptural paintings, also employed relief as a means of expression, such as in the multiple ‘Interferenzen’, 1993, with its complex pattern of embossed white-on-white dots. Sometimes the paint surface itself creates a sort of relief sculpture, for example in Jean-Paul Riopelle’s ‘Noyauttage’, 1957. Riopelle was a sculptor as well as a painter and referred to his works as ‘sculptures in oil’. With various custom-made palette knives, in the present work Riopelle produced a mosaic of structural fields reminiscent of fields seen from above.


Collage can also add a further dimension to 2-D art, and was often employed by Christo and Jeanne-Claude in their projects to give a sense of how the final installation would appear. In the present auction’s ‘Wrapped Mur des Reformateurs’, 1977, and ‘Wrapped Automobile’, 2015, fabric and thread create a subtle and effective relief. French sculptor Bernar Venet also makes use of this technique in ‘Interdetermined Line’, in which he attaches a cut-out of a sculpture to the wove paper support, a fact that is not immediately apparent to many viewers but is nonetheless registered by the eye as an impression of depth.


Trompe l’oeil is also an effective way of exploring the gap between the viewer’s perception and the two-dimensional reality of the work. Peter Phillips is a contemporary master of the technique, as evidenced in ‘Gemini 1: Unvarying Mean’, 1981. In depicting portions of objects in oil and wax on two large-format canvasses, the artist purposely treads the line between illusion and corporeality. Through the use of mirrors, artists Adolf Luther (‘Hohlspiegelobjekt’, 1976) and Kris Martin (‘The End’, 2006) make the viewer a participant in the artwork, bringing us full circle to one of Vasarely’s guiding principles. Martin’s large work creates a tension between what the viewer sees and the reverse writing on the mirror’s surface, in a way making them the subject of their own film – or a living, moving sculpture on view to un unseen spectator.

Click the button below to see all catalogues with prices realised: 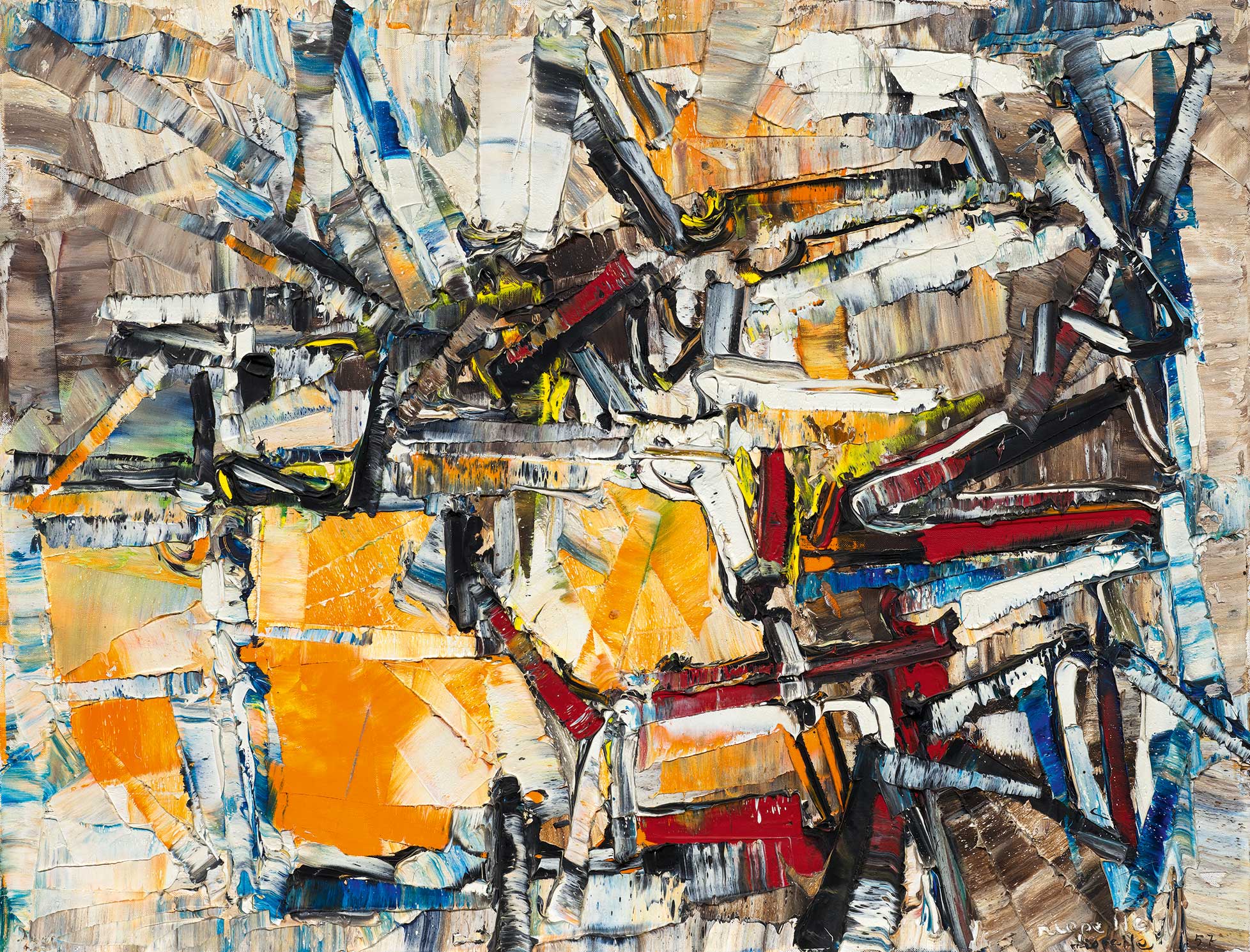 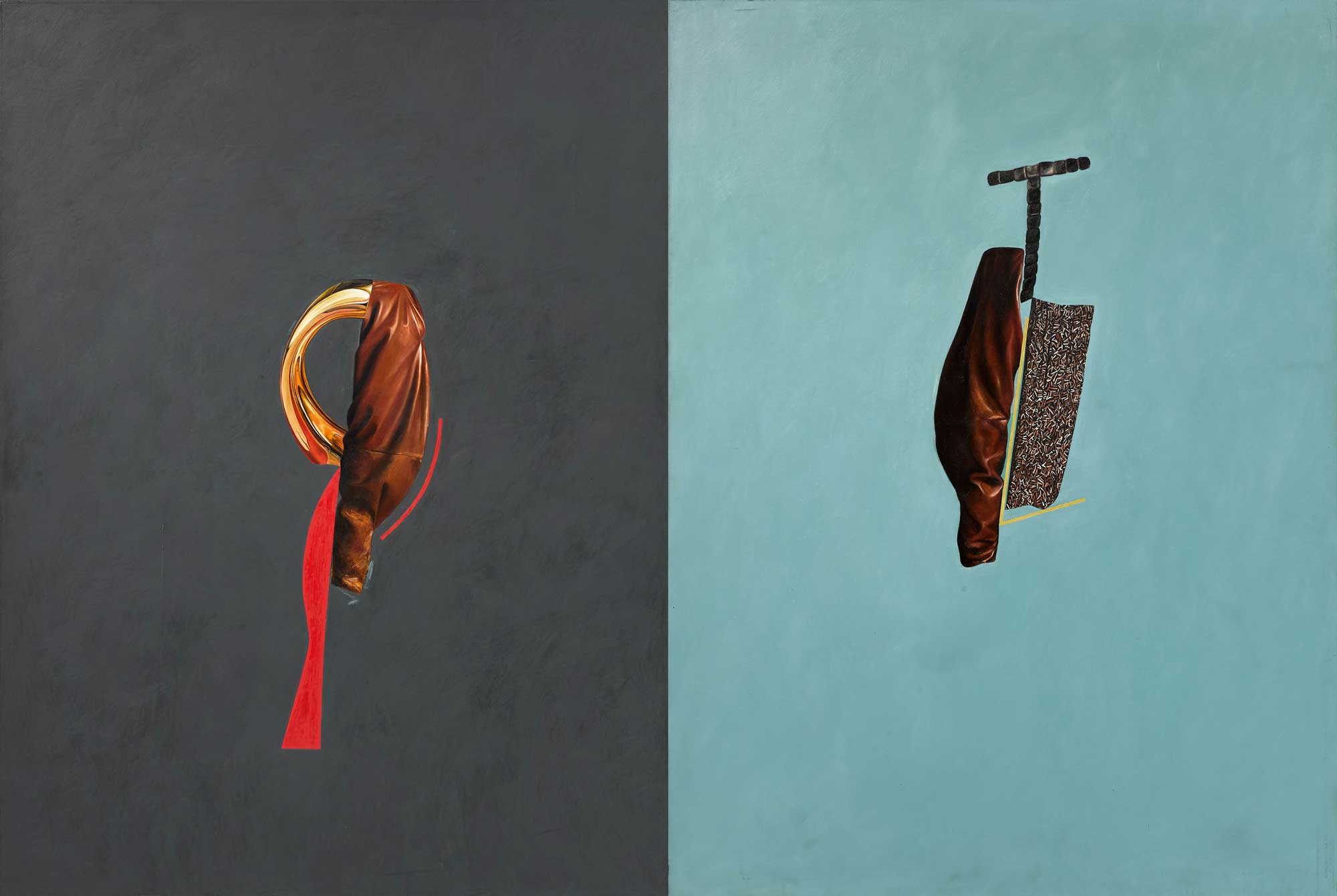 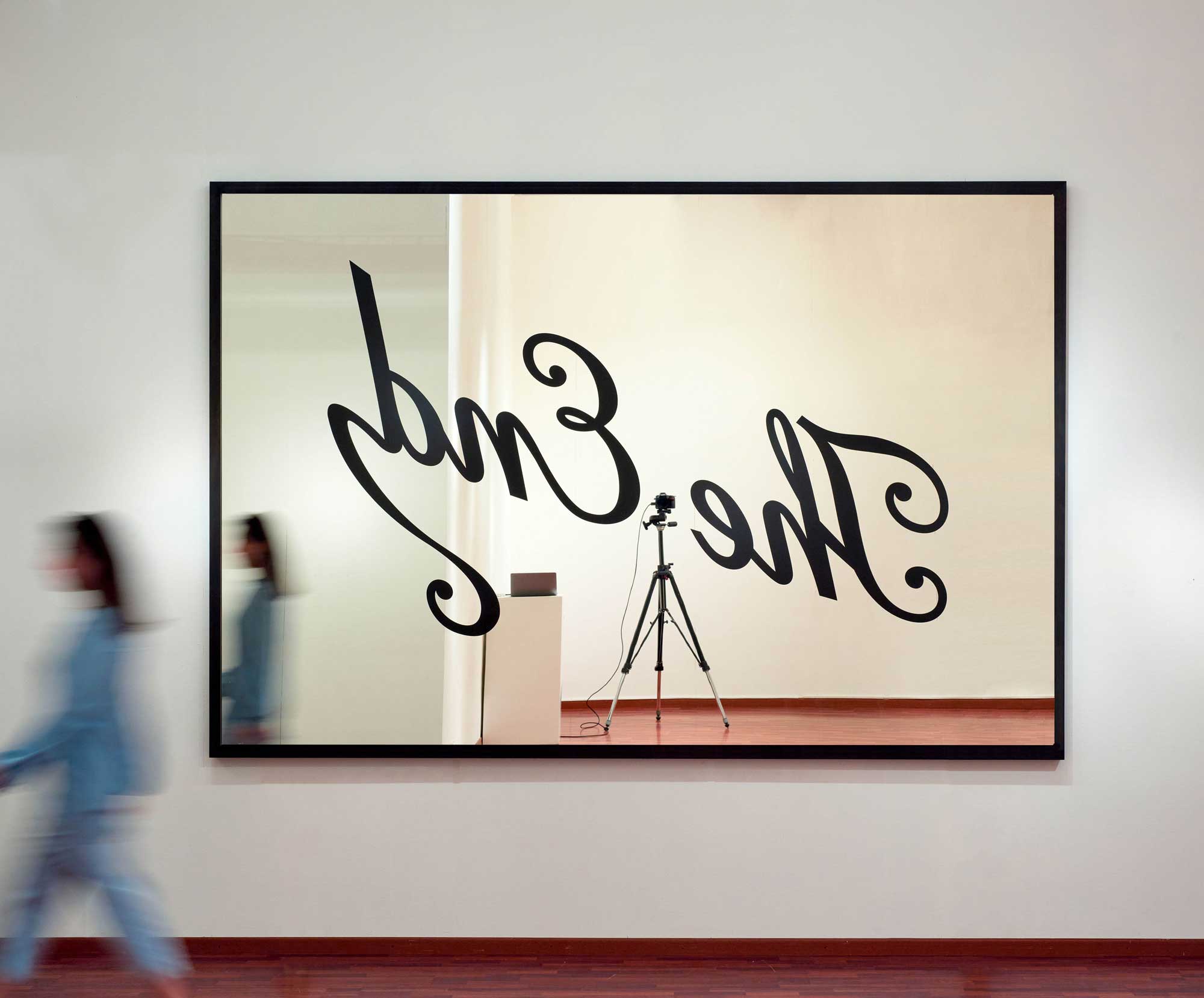