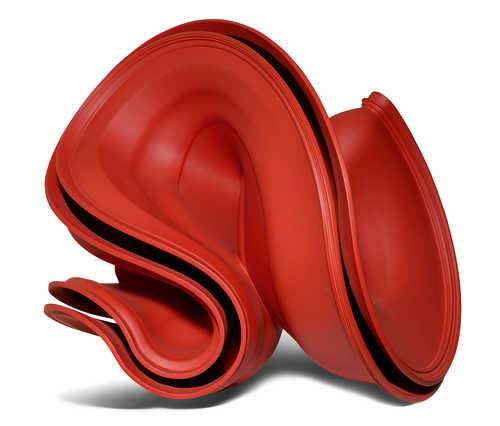 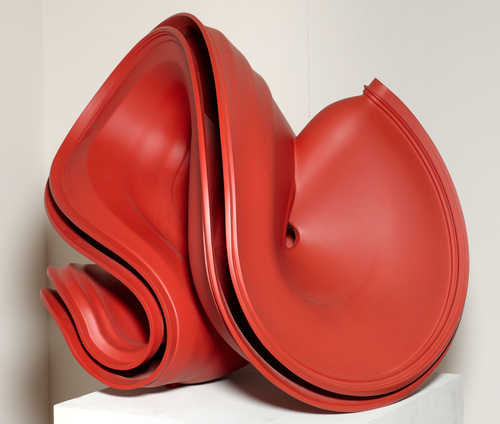 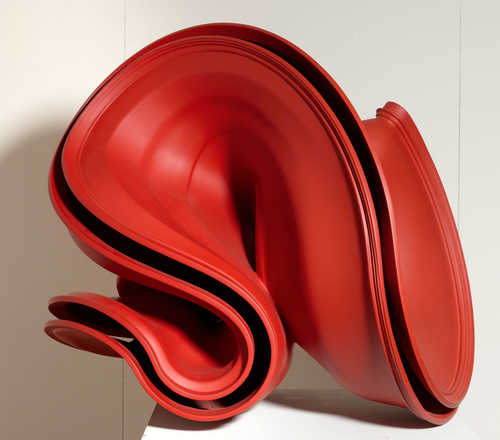 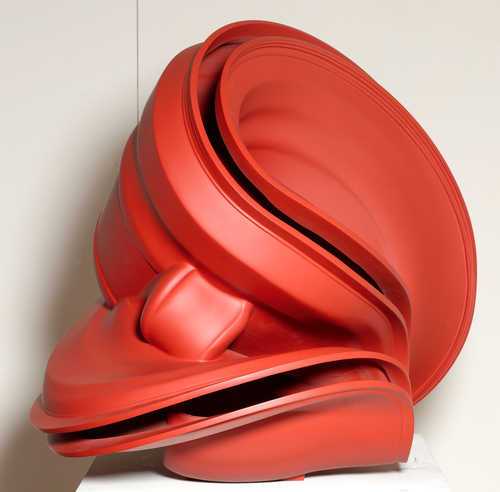 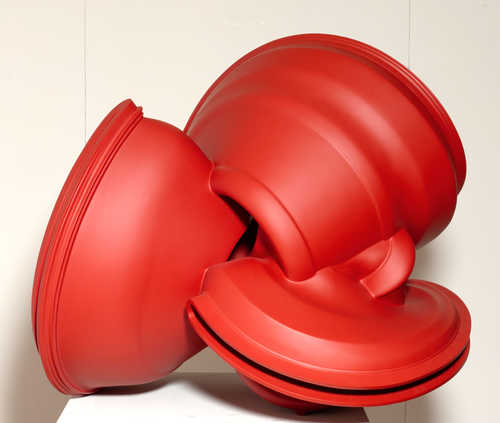 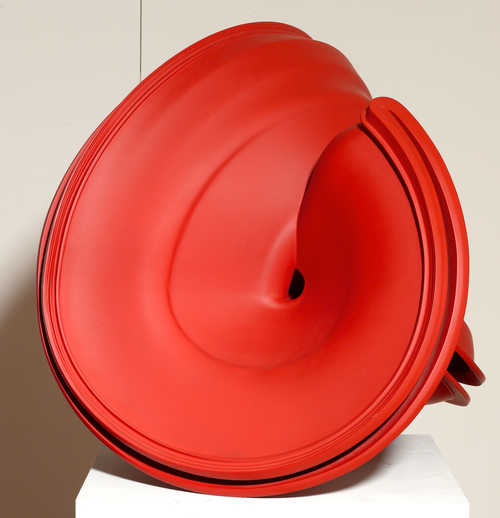 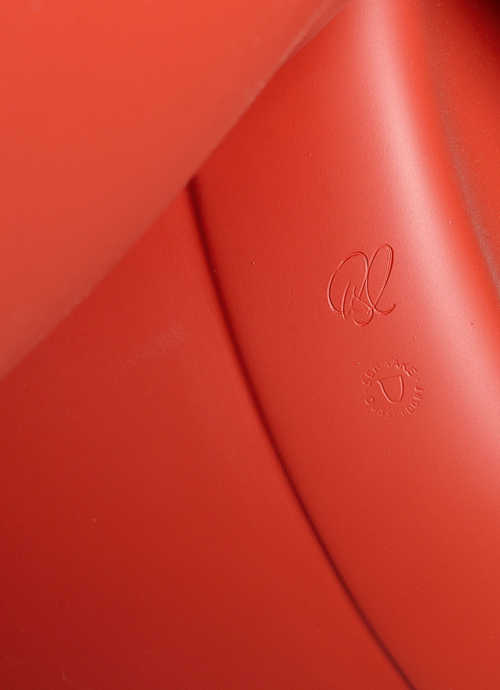 (Liverpool 1949–lives and works in Wuppertal)
Red Square. 2007.
Bronze, coloured.
With the incised signature: Cragg, also with the foundry stamp: Schmäke Düsseldorf.
70 x 80 x 66 cm.
Provenance:
- Galerie Thaddeus Ropac.
- Purchased from the above by the present owner at Art Basel Salzburg, since then private collection Switzerland.

“Works in the early forms group are always to do with vessels transforming and mutating into one another in space. Vessels are a strong metaphor for the body and organisms of the natural world and in addition, from an archaeological viewpoint, they are the means by which we gauge our own culture and other cultures. Early Forms retain their own integrity as revealed by their skin: one can see the real outside surface which reveals its interior and volumes.“ Tony Cragg

Tony Cragg born in Liverpool in 1949, is one of the most influential and formative sculptors of our time. Through his numerous teaching activities alone and his directorship of the renowned Kunstakademie in Dusseldorf, he has influenced an entire generation of sculptors. After having received numerous prizes, such as the Turner Prize 1988 and the Cologne-Fine-Art Prize in 2012, his participation in documenta 7 and 8 and numerous Biennales, the town of Wuppertal where he lives, and the Hermitage in St. Petersburg mounted a large retrospective of his work in 2016.

His early works in the 1970s were characterised by the arrangement and presentation of found objects and everyday items, until he established his two major forms: the so-called “Early Forms”, in which the focus is on the form of a vessel, an object that has been used by mankind since time immemorial (hence the name and the frequent reference to archaeology) and the “Rational-Beings”, abstract sculptures, based on the idea of the spinal column, around which the sculpture is shaped. Both types of form dominate his work, but then are further developed by Cragg and sometimes taken to extremes. His artistic work is determined by examining and interacting with material, form, meaning and significance.

“The meaning of Cragg’s sculptures consists in shaping the material in such a way that the form celebrates both the material and its qualities – we might say ‘commemorates’ – and at the same time this awakens an insatiable curiosity as to the next aspect of the sculpture and a quiet regret over the loss of the previous view.” (Gerhard Fink, quote from exh. cat. Tony Cragg – Parts of the world. Von der Heydt-Museum Wuppertal, Cologne 2016, p. 308)

The present sculpture “Red Square” is one of the “Early Forms”. The vessel which lies at the heart of the piece has been so intensively processed that it can no longer be recognised. The flowing, harmonious waves of this work powerfully demonstrate Cragg’s expert handling of the material. No matter what side we observe of the sculpture, which is painted in a rich red, we are seized by the unbelievable dynamics of the piece and this very momentum leads us around the whole sculpture. We are granted insight into both the external and the internal aspects. Above all, these flowing movements and perspectives make the sculpture appear so light that it almost seems to float.