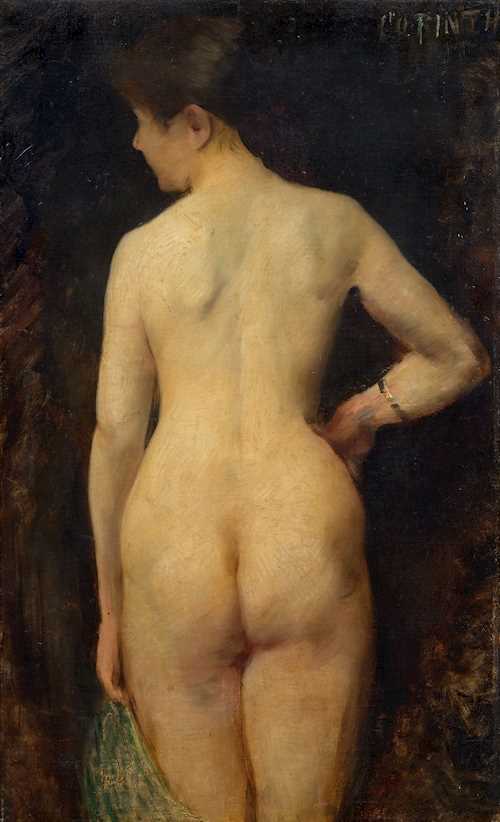 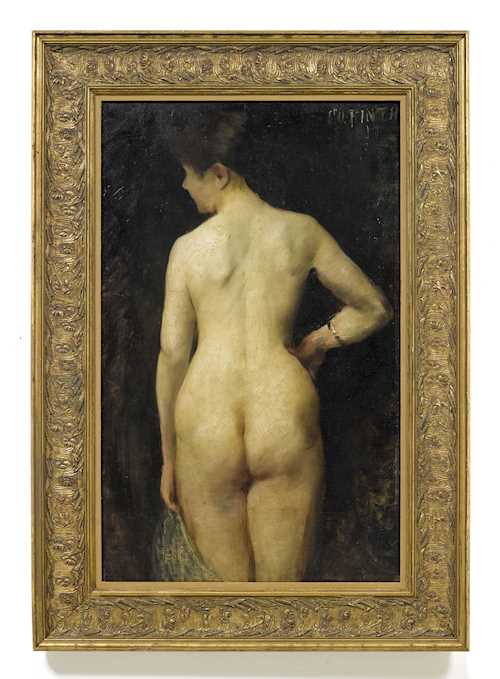 The painting presented here is the 25th work in the œuvre of Lovis Corinth in his catalogue raisonné and is therefore one of the artist’s earliest works. It is the first portrayal by Corinth of a female viewed from behind and one of his very first nudes. Corinth's fascination for the female body — nude, and preferably voluptuous — accompanied the artist throughout his entire work. The Dutch Masters served as his role models, especially Peter Paul Rubens, an affinity that had already been noticed by Corinth's contemporaries. When one looks at the numerous nude depictions of Charlotte Berend in the artist's work, and his obsession with the precision of form and preference for the white, smooth skin of his models, the parallels to the work of Rubens, also perceptible in our work, can no longer be overlooked.

Sold for CHF 45 440 (including buyer’s premium)
All information is subject to change.