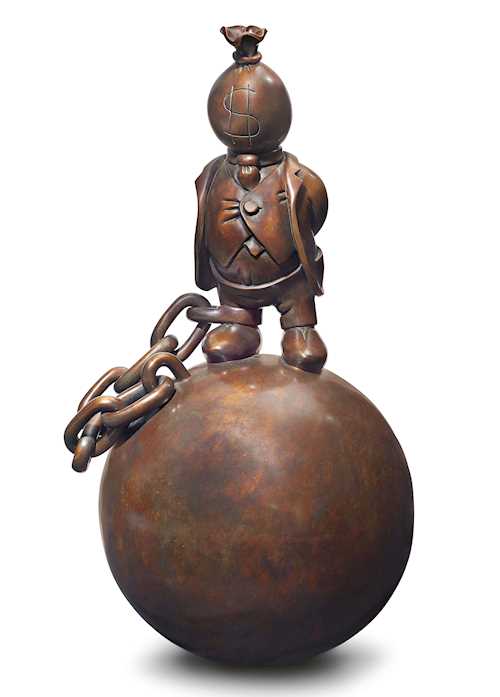 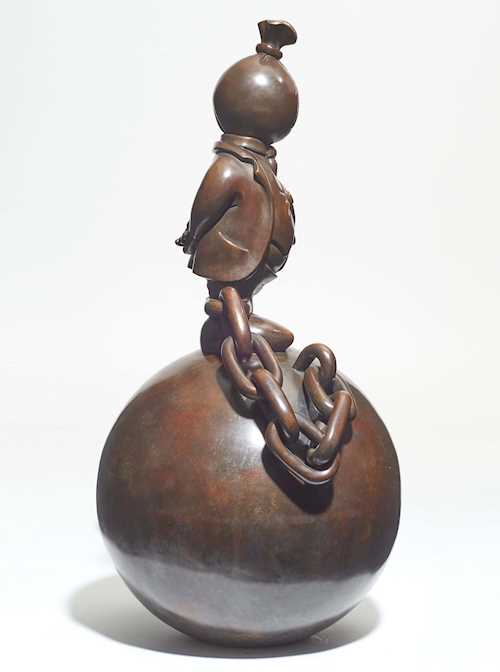 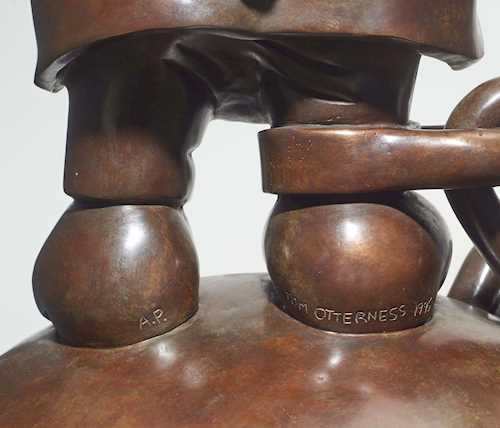 Provenance:
- Marlborough Galleries, New York.
- Purchased from the above in 1997 by the present owner, since then private collection Switzerland.

Tom Otterness was born in Wichita, Canada in 1952. After completing his studies at the Arts Student League in New York in 1970, in 1973 he took part in the Student Program at the Whitney Museum. Four years later Otterness joined the New York artists’ association “Collaborative Projects” (Colad) and in 1980 he organised the highly respected exhibition “Times Square Show”.

He made a conscious decision to take his sculptures away from the pedestal and the gallery, in order to make them accessible to everyone. He had the opportunity to do so with numerous public contracts. With his installation in Battersea Park he went one step further, in that his works could be accessed physically and were planned as part of a play area. Probably his most famous installation is to be found at 14th Street Station, where countless small sculptures form part of the life of daily commuters. They are seated on a bench or are standing on a stairway landing: workers, businesspeople, police, youths – a cross section of the population of New York. His pictorial language is unmistakable: his figures always appear cheerful, and have round or partly spherical heads as well as bodies, which makes them likeable from the outset.

The work presented here “Money bag man with ball and chain” shows a corpulent rounded figure standing on a ball, to which he is fastened by a thick chain. His head has been replaced with a money bag. Where his face should be is a large dollar sign, where his hair should be is the tied end of the bag. His suit and waistcoat and his posture with his arms crossed on his back, lend a certain seriousness and create a clear association with the upper classes. This depiction can be traced back to the cartoons of the German-American Thomas Nast, who is seen as the founder of the American cartoon in the 2nd half of the 19th century. He uses the “money bag” in his cartoons in order to denounce extortion and exploitation.

Through his sculptures with their friendly appearance, Otterness also criticises the “money bags” who limit and “shackle” themselves through their unconditional belief in money.

Entirely in the spirit of Pop Art and Street Art, Tom Otterness uses a cheerful and non-committal front in order to carry out his critique of society and its excesses.