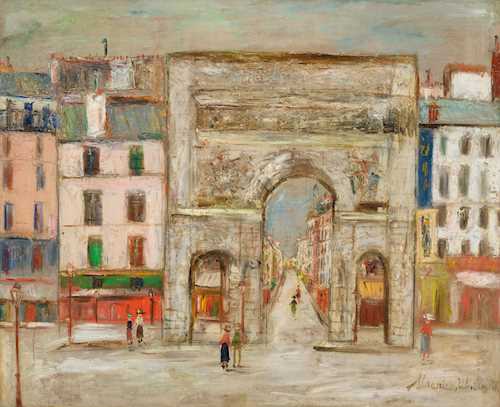 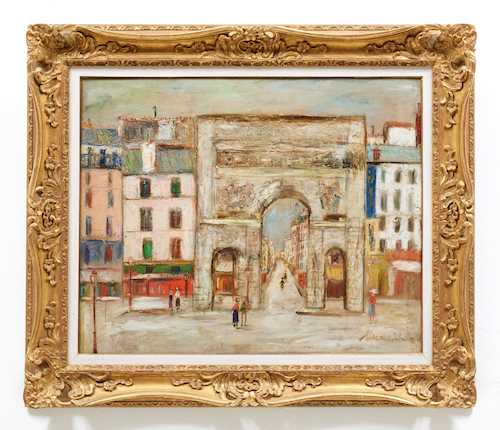 The present work shows the Porte Saint-Martin, a triumphal arch erected in 1674 by the city of Paris in honour of Louis XIV. Already in 1910 Utrillo painted a first version of the Porte, which is now in the Tate Modern in London. It can be assumed that he did not paint it directly on-site, but as he often did, used a postcard as a model (see ill. 1). The perspective with the point of view through the arch toward the city is identical to that of the postcard. Likewise, the lateral margins of the painting end at exactly the same place. Utrillo must have rediscovered the postcard and used it again for the present version from 1930. The artist adopted the composition from the postcard but avoided reproducing certain details like ornaments and signs. In contrast to the earlier work from 1910, the present painting appears unfettered and vibrant with its light colours and blue, green and red accents, as well as its impasto application of paint, quite thick in places.

Utrillo painted two further versions of the Porte Saint-Martin, both side views from 1909/10. One of them is now in the Bührle collection in Zurich.