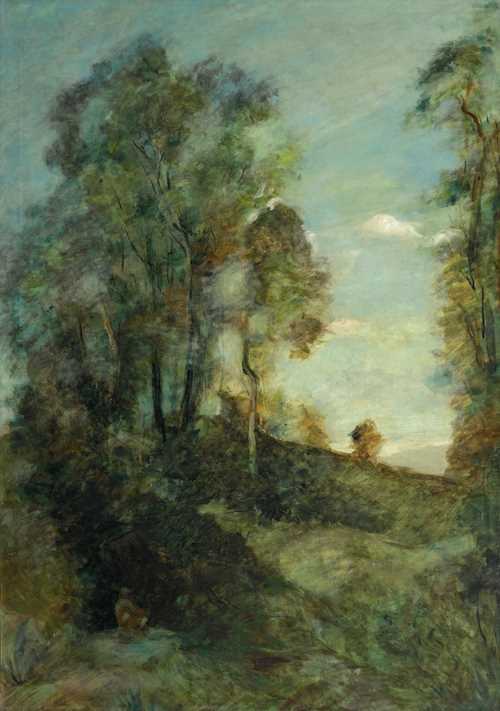 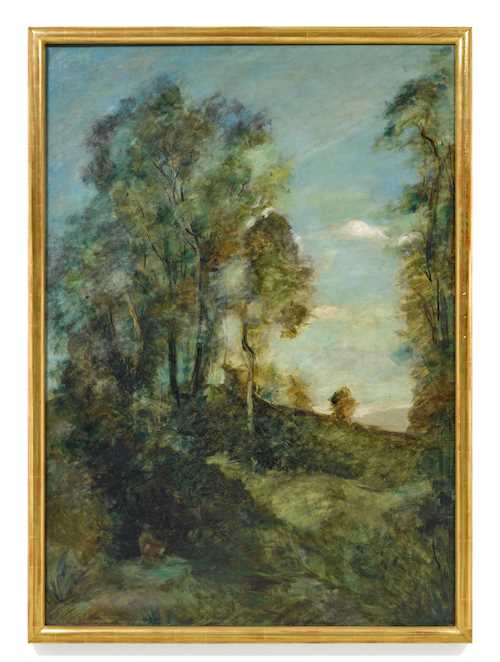 Camille Corot's painting ‘Le rêveur dans la clairière’ can be stylistically assigned to the landscape painting of the "Barbizon School". This group of artists has formed in the first half of the 19th century in Barbizon near Fontainebleau around Camille Corot and Theodor Rousseau. Characteristic of the painting style of the participating artists is the so-called "plein air" painting in the open air as well as quick and fleeting brushstrokes to create an atmospheric landscape. Furthermore, the painting of the "School of Barbizon" is considered within art history as pioneering for Impressionism, which can be seen par excellence in the present example of Corot, already showing the first Impressionist traits.

The large-format painting ‘Le rêveur dans la clairière’ is part of a four-panel decorative scheme that Corot painted for his friend Léon Fleury for his house in Magny-les-Hameaux, where the series adorned Fleury's dining room. Corot produced several similar decorative schemes in addition to this series of ‘panneaux decoratifs’: in 1865 for the palace of Prince Demidoff, and between 1858 and 1860 for the studio of Alexandre-Gabriel Decamps in Fontainebleu and for Charles-Françoise Daubigny's villa in Auvers-sûr-Oise.

The painting offered here is a specialty on the art market. While the whereabouts of the three other works in this series is unknown, along with several other large-format paintings by Corot, the provenance of our work after its production is known. In 1896 the art dealer Gustave Tempelaere bought the work from the later owner of the former estate of Léon Fleury, a M. Lemerre. As a museum-quality decorative wall panel, it is an rarity in the work of Camille Corot.