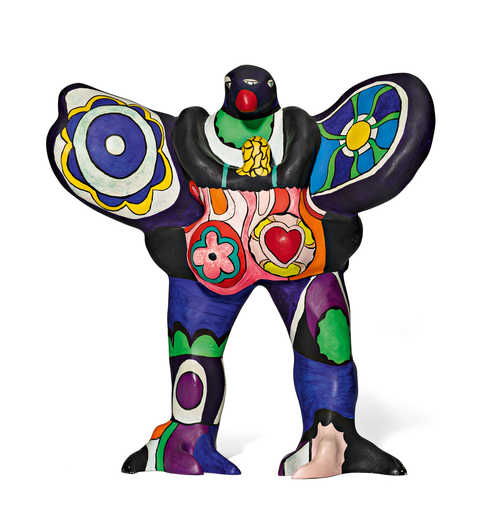 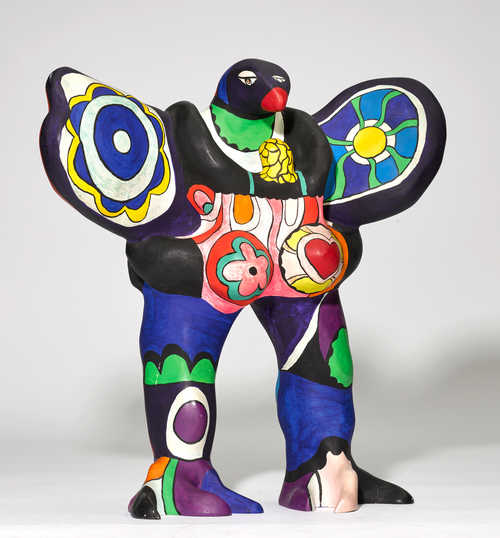 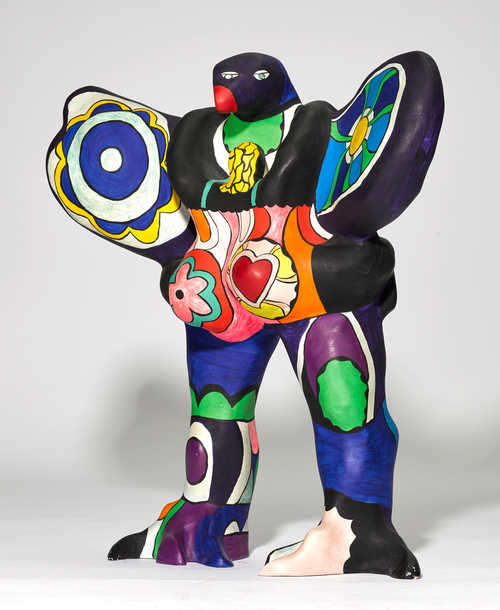 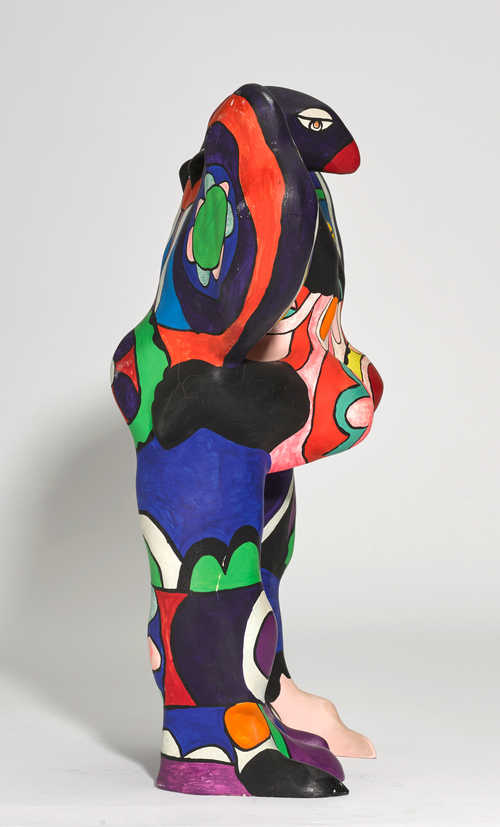 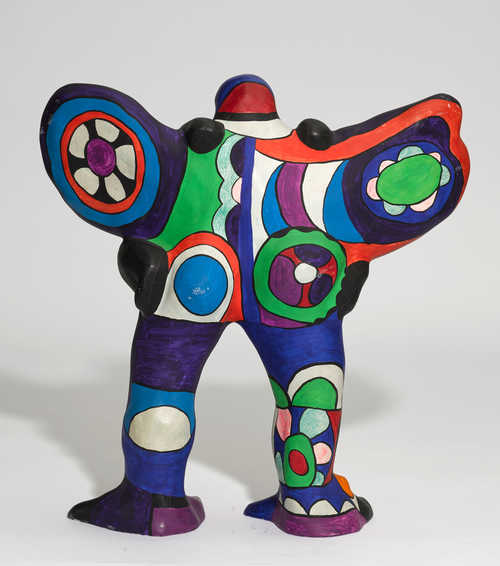 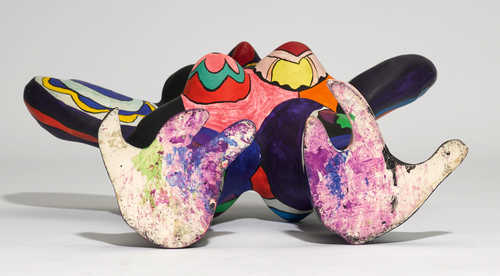 Provenance:
- Galerie Bischofberger, Zurich.
- Purchased from the above by the present owner, since then private collection Switzerland.

I bring my desires, feelings and contradictions into life, my longings, my forgotten memories, shadows and visions of another place. I work in the darkness of a secret tunnel, always looking for the sun, hiding from the moon and paying homage to the stars.” (Niki de Saint Phalle).

The French-Swiss painter and sculptor Niki de Saint Phalle loved fantasy and myth. So, she invented her own, without any scholarly or in-depth knowledge of art history. In order to pursue this impulse, she strove throughout her life for independence and freedom. She sought ways to discover the latter, together with the pictorial definitions of the beings which form and shape our view of the world, which appear almost childish and were initially ridiculed by artist colleagues. Today she is regarded as one of the most important female artists of the last century.

Born in Paris and having grown up in the USA, she initially moved back and forth between the two continents. Despite negative experiences in her personal life with illnesses and fears in childhood, she created her own unmistakable art, inspired initially by Gaudí and Dubuffet. She had no trust in the morality founded on power, and processed her own past through the expressiveness of an explosive art. Through colour, images of myths, and playful forms, her language communicates joy and a love of life. To the viewer she offers a realm of joyfulness and fantastic stories.

The motifs of the snake, the bird and the Nana run throughout her oeuvre: the twisting snake with its open mouth and staring eyes, the bird with its inviting open wings which allowed her “to breathe” (Schulz-Hoffmann, Carla: Niki de Saint Phalle. Bilder-Figuren-Phantastische Gärten, Munich 1987, p. 12) and the Nana, with which the artist achieved a breakthrough to a positive female image and became an icon of feminism.

The Nana figures have been used in numerous artworks and objects, which can be found in public spaces; the floating “L’Ange Protecteur” at Zurich central station, the wonderful “Giardino dei Tarocchi” from 1979 in Tuscany, a variant of the “L’Oiseau Amoureux” at the entrance the Neo-Classical Palazzo Turconi in Mendrisio, the Stravinski fountain at the Centre Pompidou in Paris, which was made in collaboration with Jean Tinguely in 1982, the three Nanas “Sophie”, “Caroline” and “Charlotte” at the Leibnizufer in Hanover, and many more.