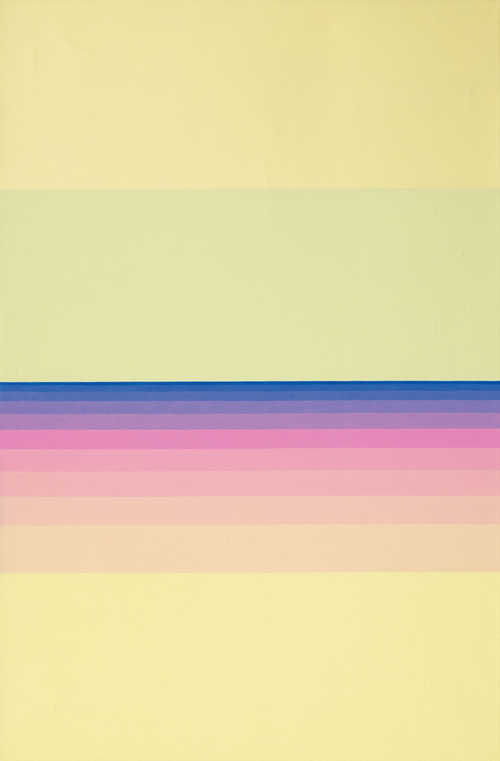 A protagonist of the Zurich Concrete group, of which she was the only woman of the inner circle, along with Max Bill, Camille Graeser and Richard Paul Lohse, Verena Loewensberg committed herself fully to the focus on colour and form. In contrast to her colleagues, however, she based the design of her work, not on a postulated theory, which would have been a constraint, but instead remained free to choose her compositions of colour and form according to her inner emotional language. By virtue of the understanding of her work and her disposition, she occupied a special place within the circle of Zurich Concrete Art.

Since the 1930s Loewensberg’s work had become increasingly independent and multifarious, and was shaped by her love of music, in particular jazz, and the search for a pictorial link between reason and feeling, systems and creativity. Starting with a reduction to geometric form, she soon extended her formal language with a richly varied tonality of colour.

A fundamental part of her personal pictorial language relates to colour as a mental-energetical element. In addition to the reduction to black and white and the primary colours in some groups of works, Loewenberg’s brilliance is revealed in her use of a rich palette of subtly graduated nuances. This mastery of the theory of colours, as can be seen in the work presented here, is accompanied by a perfection of painting style, in which the essential significance of the cohesion of colour and form is demonstrated.

Colour which refers only to itself, becomes in the hands of Verena Loewesberg a pure “colour idea”.