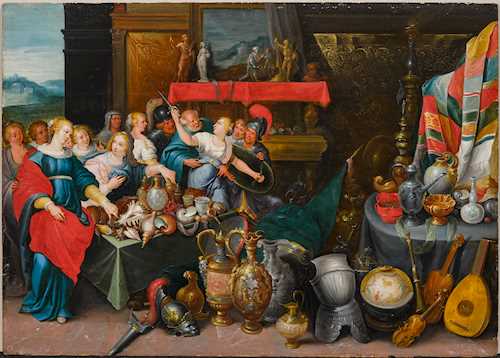 Back
Lot 3033
CORNELIS DE BAELLIEUR
Achilles discovered among the daughters of Lycomedes
Oil on panel.