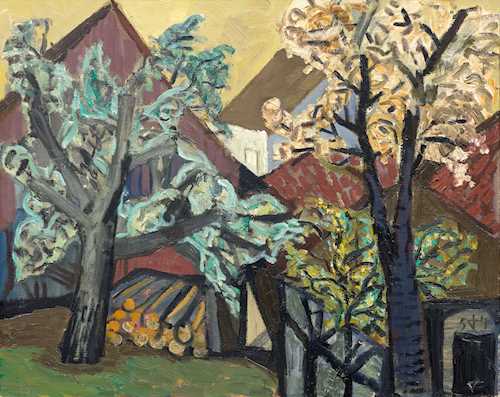 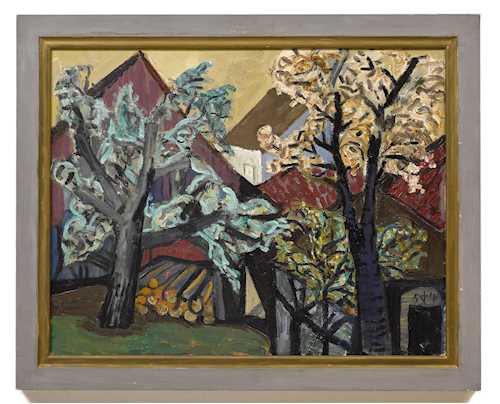 (Untermhaus near Gera 1891–1969 Singen)
Blühende Bäume im Dorf (Blooming trees in the village). 1954.
Oil on canvas.
Signed and dated lower right: 5 DIX 4.
65 × 81 cm.
We would like to thank Rainer Pfefferkorn for confirming the authenticity of the work, October 2020. It will be included in the catalogue raisonné under number L 1954/10.