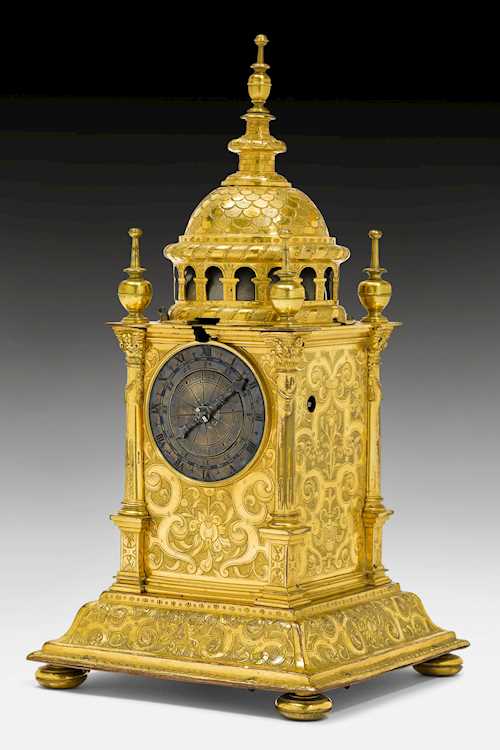 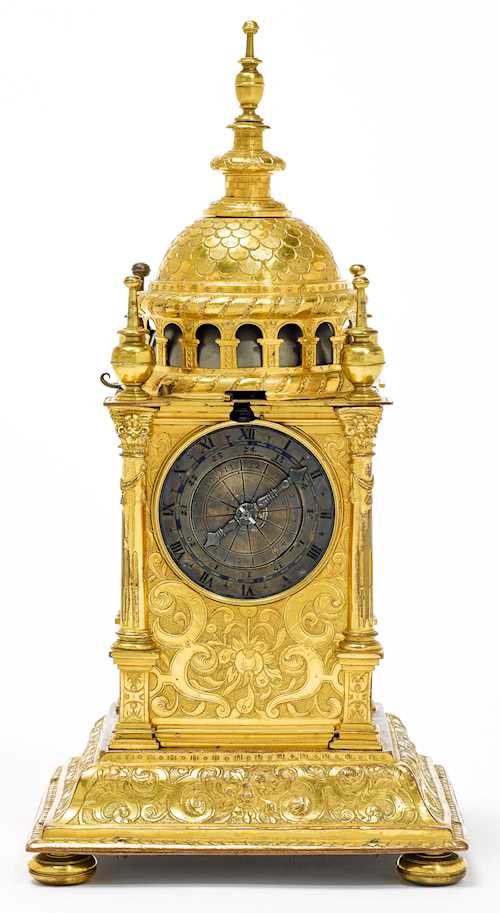 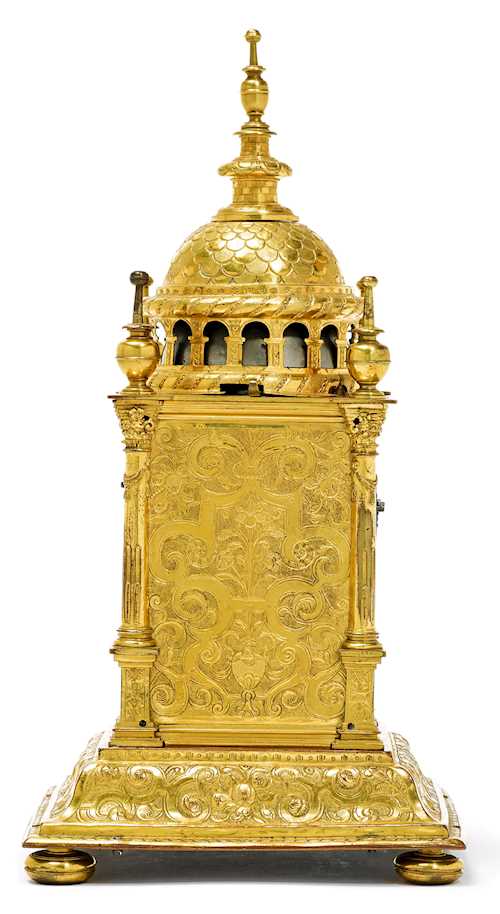 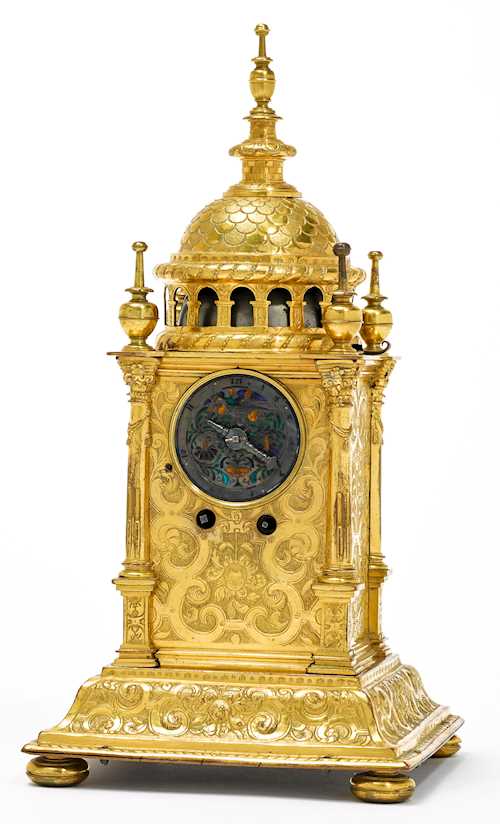 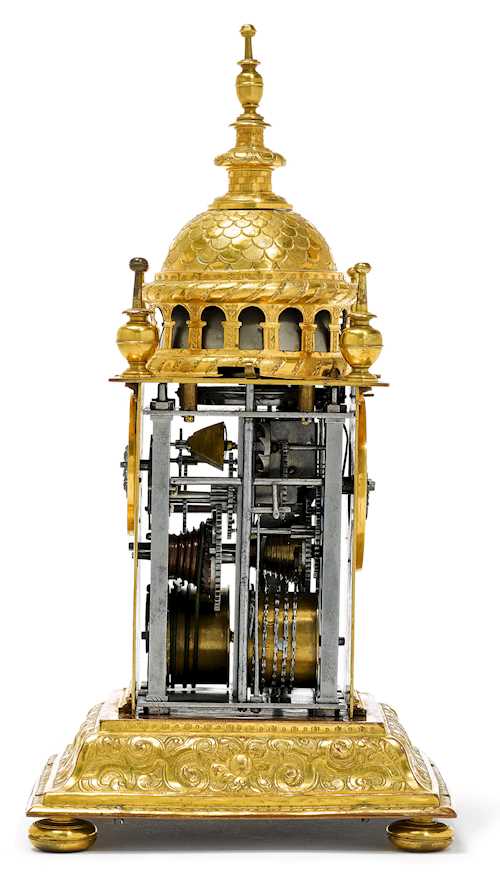 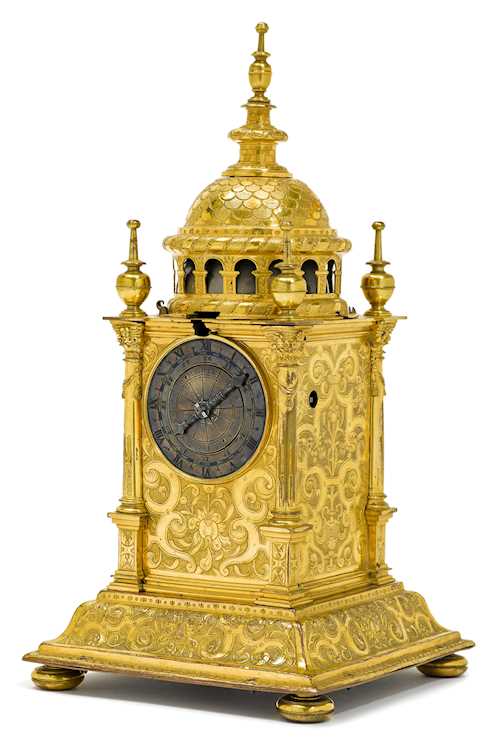 A tower clock with a very similar decoration, but a different belfry, also described as an Augsburg work and dated around 1620, is depicted in: Karl-Ernst Becker und Hatto Küffner, Battenberg Antiquitäten-Kataloge, Uhren, Munich 1978, p. 73, no. 19.