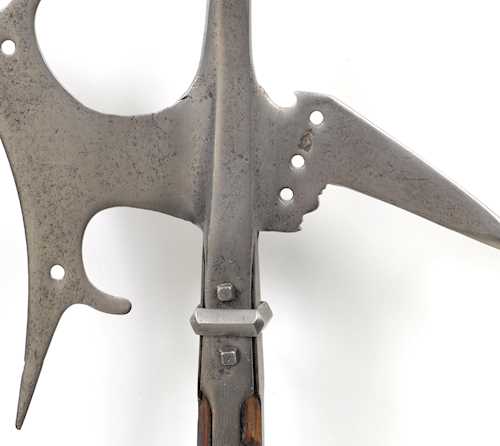 This type of helbard was used by the Papal Swiss Guard in the 17th/18th to the 19th century. The helbards currently used by the Swiss Guard are replicas from the 19th and 20th centuries, in the old style. Guardsman with helbard depicted in: Krieg, Schweizergarde 1960, Plate VI.

Sold for CHF 1 500 (including buyer’s premium)
All information is subject to change.