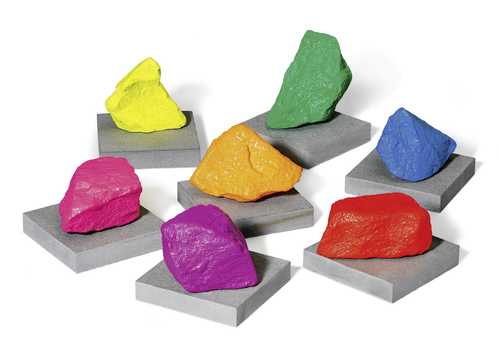 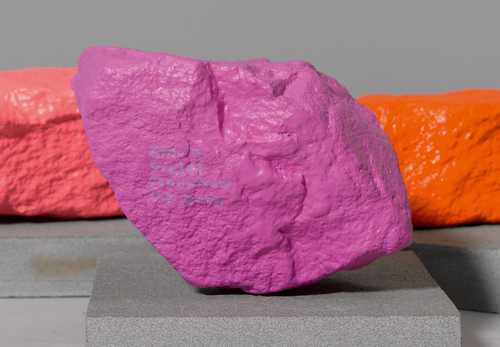 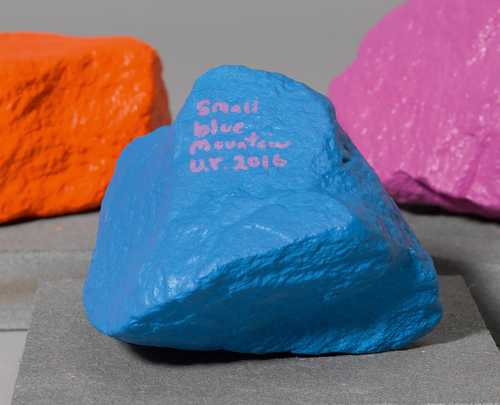 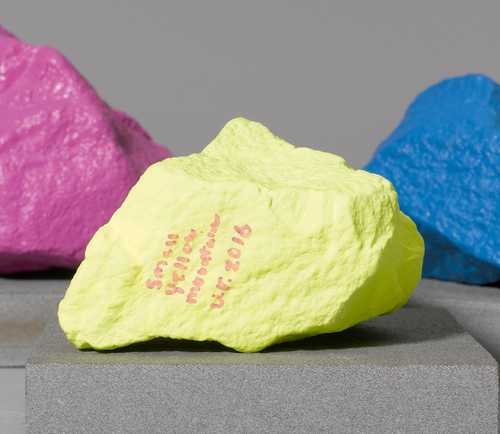 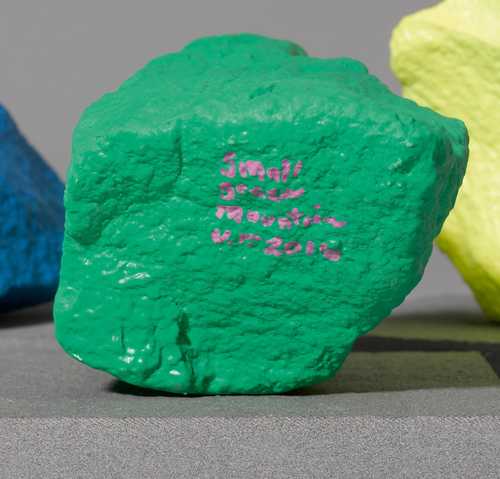 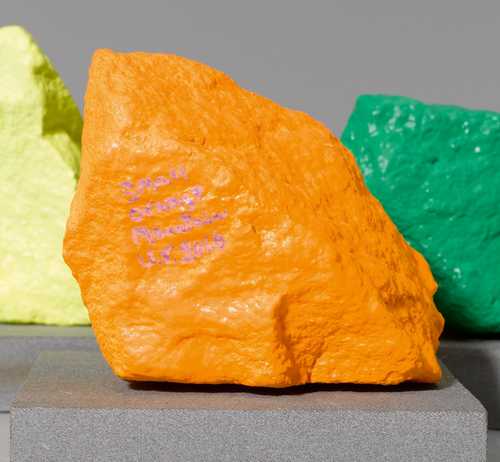 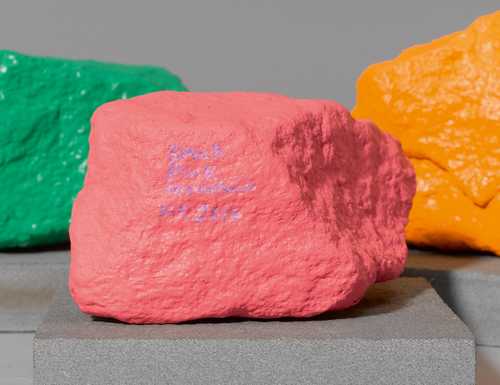 (Schwyz 1964 - lives and works in New York)
Seven small mountains. 2016.
7 painted stones with concrete base.
Each monogrammed, dated and titled with colour information: U.R. 2016 Small (Yellow) Mountain.
Varying measurements. Base 14 x 14 x 3 cm.
Ugo Rondinone is among the most famous contemporary Swiss artists worldwide. Since the turn of the 21st century, his works have found an increasing presence in public spaces, institutions and on the art market. Having completed his studies at the Hochschule für angewandte Kunst in Vienna, he turned to a variety of artistic means of expression, such as photography, video, sculpture, painting and architecture. Thanks to this great breadth, his work is today characterised by an examination of spatial issues, as well as visualising time and transience, but also the interrelation between lyrical and visual arts, and the balance between man and nature.

His highly artificial installations, such as his famous rainbow-coloured illuminated word sculptures (“Everyone gets lighter”, on the roofs of the Gladstone Gallery in New York; “Hell Yes!” on the facade of the New Museum in New York; “Our magic hour”, Contemporary Museum of Sydney; “We are poems” on the Louis Vuitton facade in Munich; and “Love invents us”, at the Kunsthalle, Löwenbräu Areal in Zurich), are intended to reach a wide audience in the public arena. As in poetry, it is important to Rondinone, that the intention behind his symbolic installations are neither immediately recognisable nor comprehensible, but that they cause first an emotion and a deceleration of the surroundings.

In this sense Ugo Rondinone has attracted a great deal of attention amongst the public for a further installation set up within the last few months: his florescent coloured limestone installations. Since May 2016 the brightly coloured “Seven Magic Mountains” have lit up the Nevada desert, ten kilometres south of Las Vegas. For this purpose colossal rocks were piled up on top of one another, each painted a different colour. Each of the seven formations is around seven to nine meters high. The work presented here at auction “Seven Small Mountains”, is the small version, which does not require a landscape, but achieves its effect through the juxtaposition of the stones in an interior.

“Seven Magic Mountains elicits continuities and solidarities between human and nature, artificial and natural, then and now.” Ugo Rondinone, 2016.

Sold for CHF 31 700 (including buyer’s premium)
All information is subject to change.