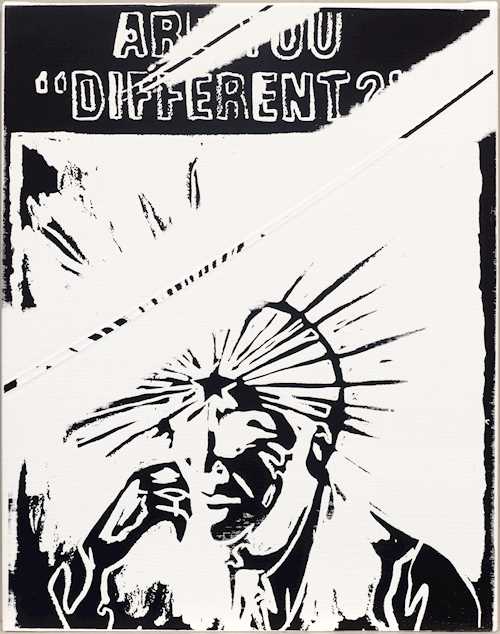 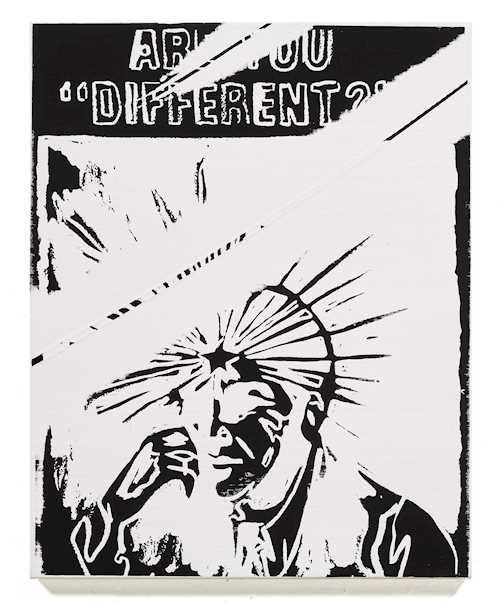 "Andy Warhol always seemed to reflect the times he lived in. His paintings and drawings from this series of work underscore the mood and feelings of the 1980s." Vincent Fremont

At the end of the 1970s Andy Warhol was facing increasing criticism for having become too commercial and for having noticeably lost the energy and innovation of his early works. So, he returned to doing projects for himself, which were not for his clients, and what emerged was a very personal series of black and white paintings, which, until the MoMA retrospective of 1989, were largely unknown. "Like all of Warhol’s art, these lost pictures take their visual cue from the ubiquitous Western media at the service of consumerism and publicity, while also addressing more personal and ultimate concerns: the power of the mind for spiritual salvation, the capacity for the body to be improved, and military geopolitics." (Gagosian Gallery (ed.): Andy Warhol. Heaven and hell are just one breath away! Late paintings and related works, 1984-1986, p. 10).

Going back to his beginnings as an artist, for this series Warhol used newspaper advertisements, commercial illustrations and brochures – forms of artistic expression which were, however, not accepted by the fine arts. Alongside this development, in the 1980s Warhol engaged increasingly with a young generation of artists. This led to the legendary collaboration with Jean-Michel Basquiat and Francesco Clemente. Keith Haring also attracted attention, and, although this never led to a collaboration, Warhol signed Haring’s "Andy Mouse", which indicated his recognition of the artist. Warhol also used Haring’s recurring motif of the rays.

The pensive businessman at the top of the work appears to be asking the question "Are You Different" and to be thinking of an answer. Warhol thus brings a spiritual aspect to this work, and it can be assumed that here he was addressing his own insecurity and desire to ‘belong’.