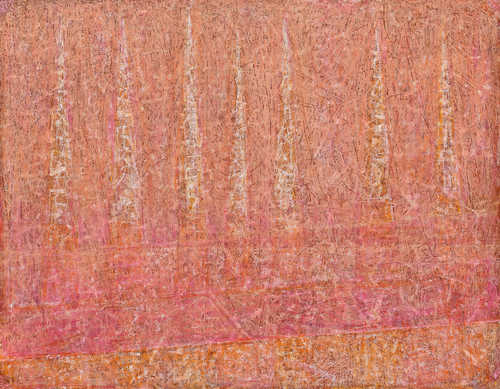 Back
Lot 3411
MARK TOBEY
Western Pagodas. 1953.
Tempera on cardboard laid down on cardboard.