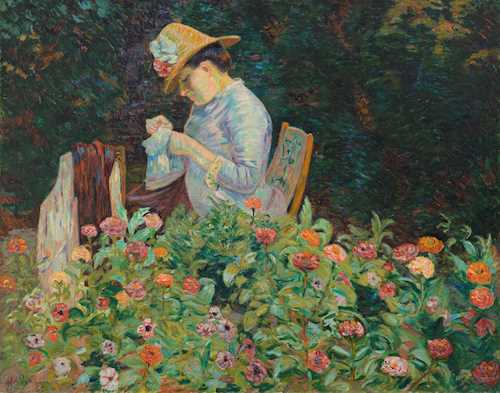 Back
Lot 1619
ARMAND GUILLAUMIN
Woman knitting in a flower garden. 1888.
Oil on canvas. 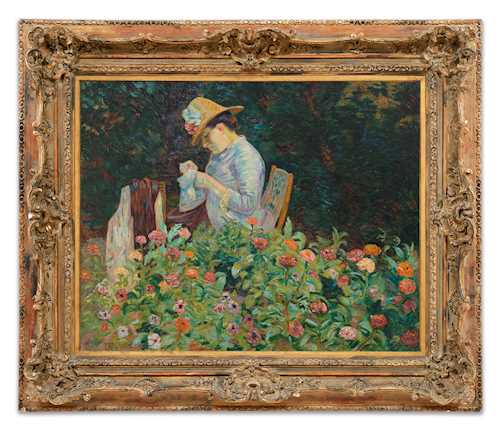