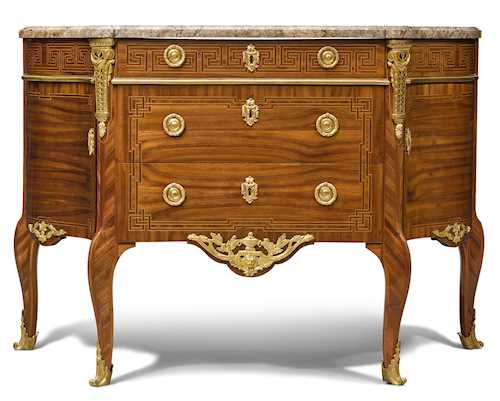 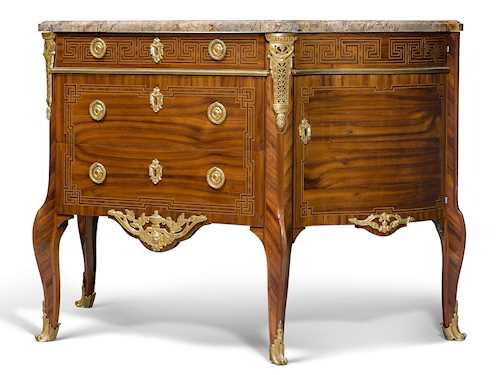 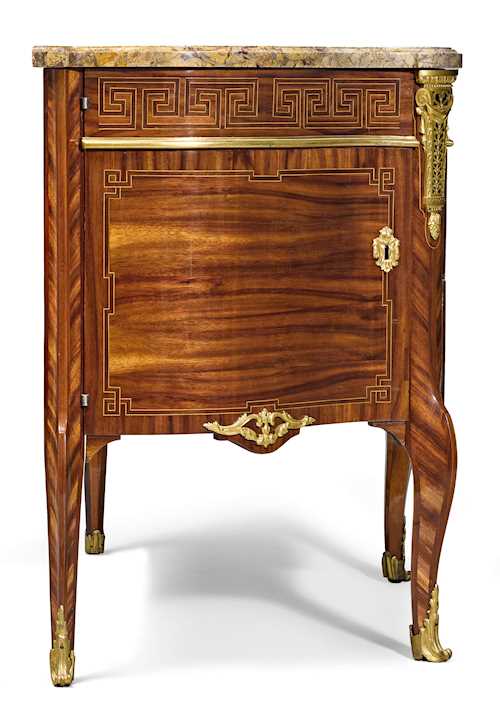 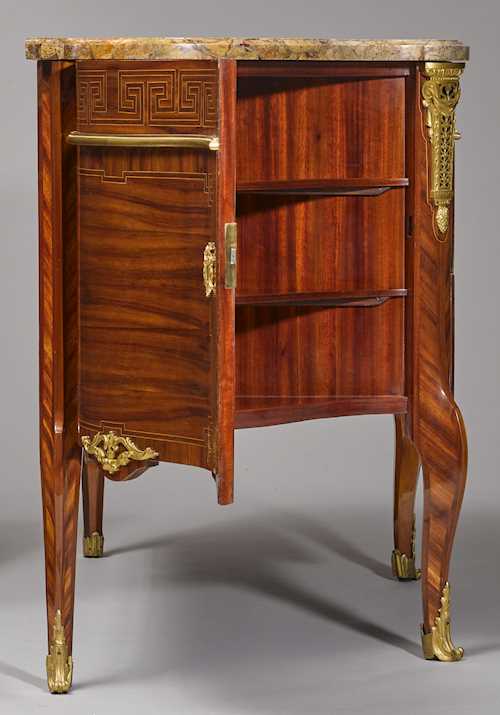 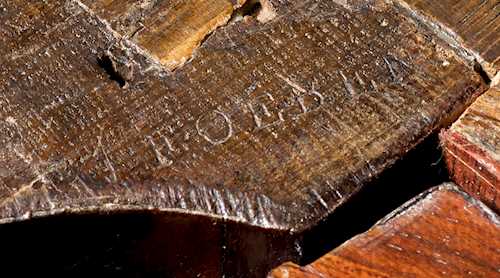 J.F. Oeben was born in Franconia. He arrived in Paris between 1742 and 1745. From 1751 onwards, he rented a workshop at the "Galeries du Louvres". In 1754 he was appointed "ébéniste du Roi" of the Manufacture des Gobelins thanks to the encouragement of Madame de Pompadour, for whom he was allowed to produce some works, and on the recommendation of Marigny. At the same time, he was named "ebeniste-mécanicien du roi". A large part of his clientele consisted of the high nobility and the royal family.
After Oeben's death, his student Jean-Henri Riesener completed unfinished works by his teacher.

The chest of drawers on offer could stem from the late period of Oeben or from the early period of Jean-François Riesener, who continued Oeben's workshop and in 1767 married the widow of his former teacher, who was a daughter of the famous ebenist Roger Vandercruse La Croix.
In terms of its design and marquetry, this chest of drawers is more likely to be classified as the work of Riesener. It is known that Riesener, who had not achieved the title master crafstman until 1767, initially stamped his furniture with the signature of his predecessor, J.F. Oeben. Riesener's work is also captivating in terms of its creativity in form and decoration. He created his own style, which is easily recognizable. One characteristic is, for example, a division of the front into three parts with a strong emphasis on the middle part, as can also be seen in the item of furniture on offer.