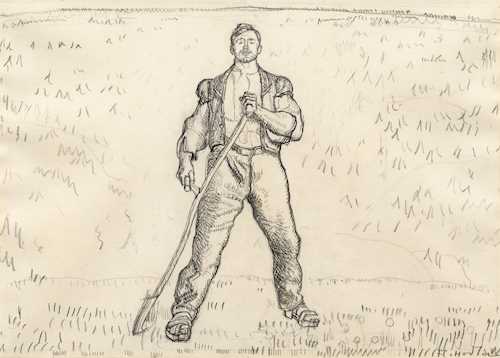 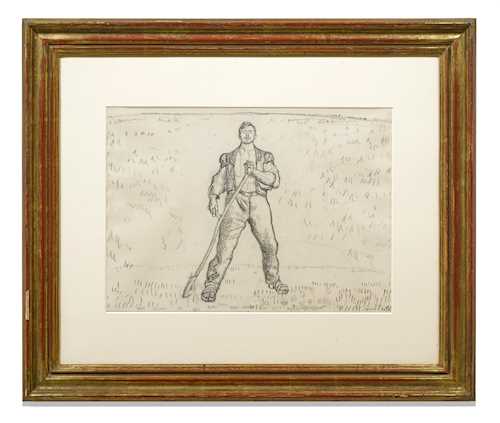 In 1908 a Swiss Federal Council commission of experts, including Theodor Reinhart among others, commissioned Ferdinand Hodler to redesign four Swiss banknotes. The motifs were to represent the four supporting groups of working society: craft, trade, industry and agriculture. In February 1909, Hodler presented the design sketches for the standing reaper along with others. After lengthy discussions between the Federal Council, the commission of experts and the artist, the draft also submitted of the labouring reaper was given preference, thus Hodler did not further deal with the subject of the standing farmer. The present drawing must therefore have been produced between October 1908 and February 1909.

"The sheet has noticeable graphic singularities. In contrast to the final designs, it possesses no inscriptions and thus does not appear at all as an actual banknote study, but rather as an absolutely independent representation of a Swiss farmer type. The Steiner sheet is further distinguished by its uniformity: it is executed only in pencil, without ink accentuation, and in this regard clearly sets itself apart from the other five known studies of the same figure.” (Jura Brüschweiler 1981)