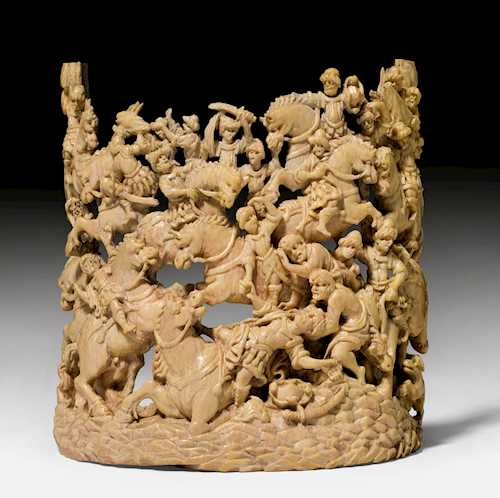 Sold for CHF 4 375 (including buyer’s premium)
All information is subject to change. 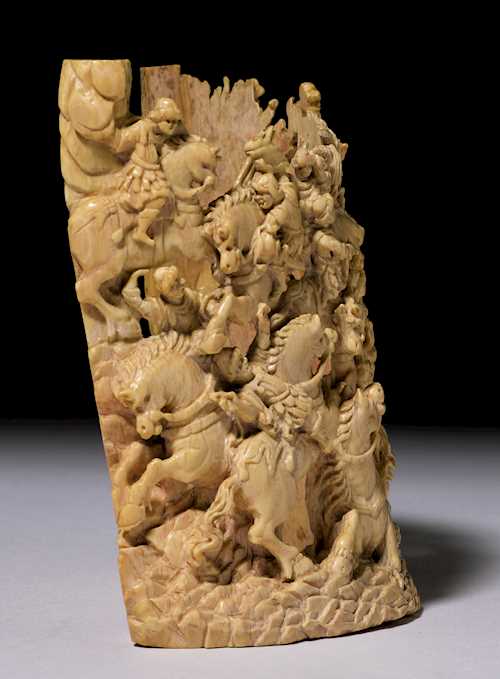 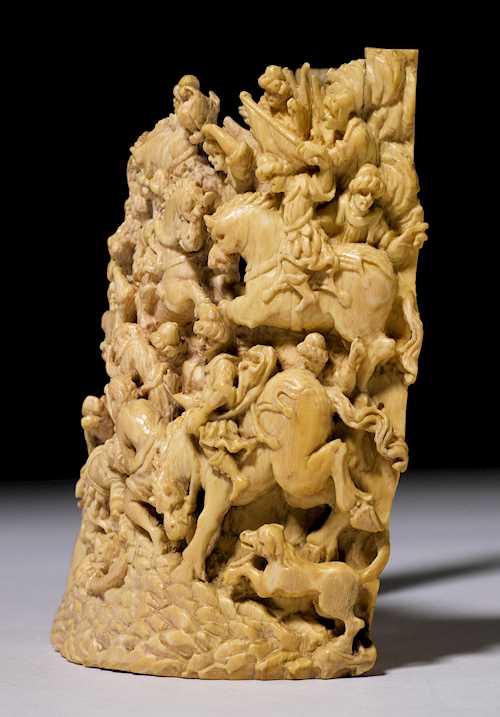 Germany or Italy, 17th century.
Ivory, carved and pierced, depicting a multi-figure battle scene with Ottoman horsemen and warriors.
H 12.5 cm.
This object contains material of endangered species and is subject to certain trade restrictions. Prospective buyers should familiarize themselves with relevant customs regulations prior to bidding if they intend to import it into another country.

Dynamic depiction of a battle fought on horseback, carved from a half-segment of a tusk. The open-worked carving emphasizes the dynamic effect and makes the work appear three-dimensional. Jakob Auer also relied on the same effect, for example, in his work Sieg der Engel über die Teufel (Victory of the Angels over the Devils), now in the Bavarian National Museum in Munich, dated 1669 (cf. Eugen v. Philippowich: Elfenbein, Eschwege 1961, p. 170).

Sold for CHF 4 375 (including buyer’s premium)
All information is subject to change.