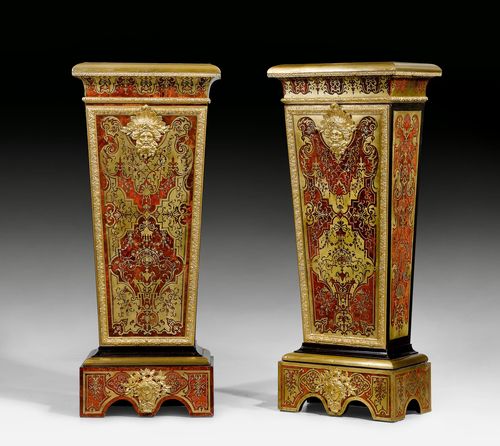 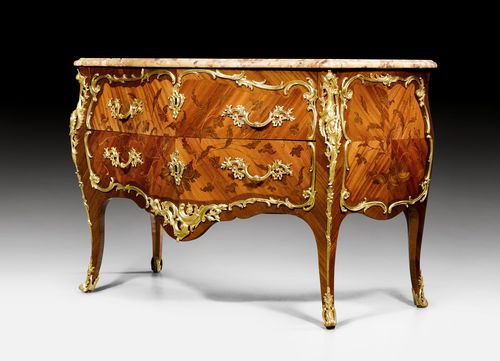 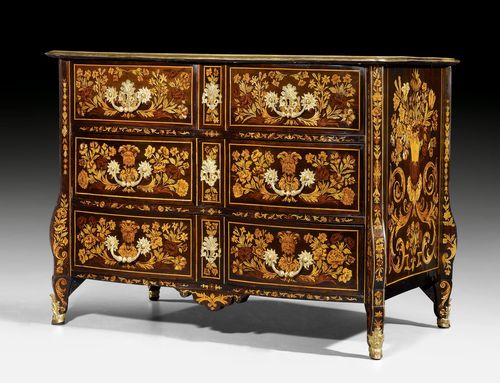 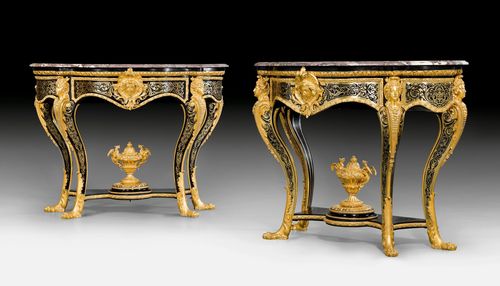 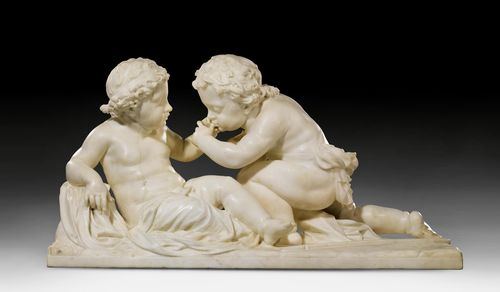 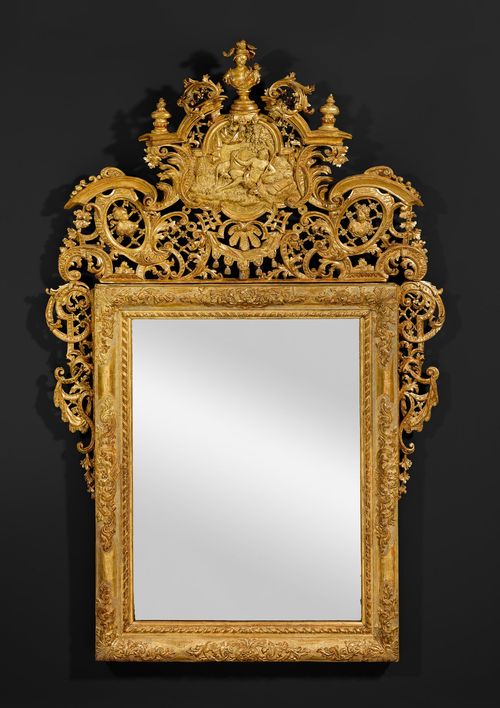 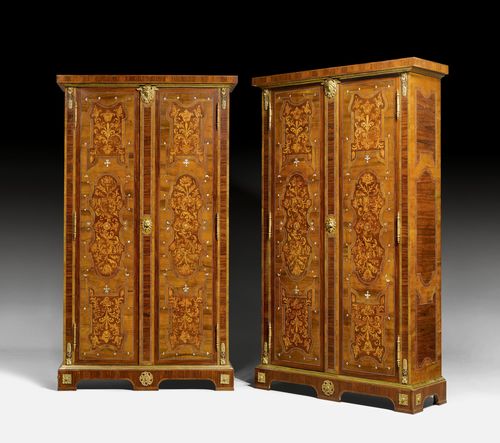 PAIR OF IMPORTANT CABINETS "A FLEURS", 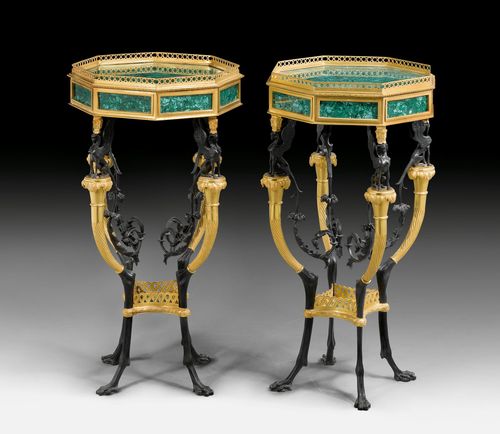 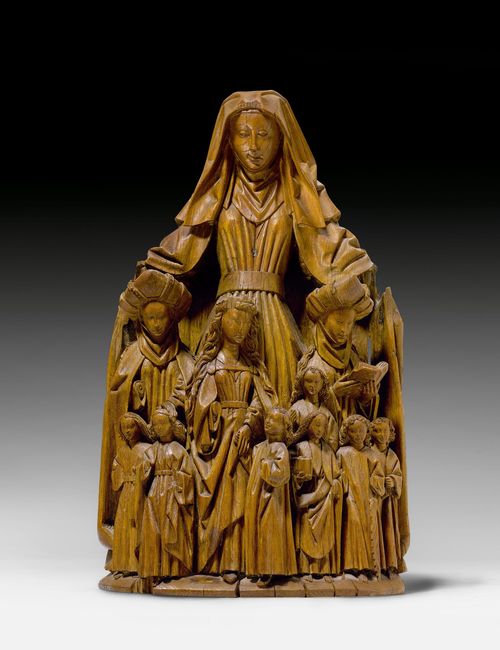 Gothic, Lower Rhine, ca. 1500.
Carved oak. Saint Anne standing, with Mary and Christ at her feet, and Mary of Cleophas and Mary Salome with their children under Saint Anne's protective cloak. Some losses and cracks. Saint Anne and some of the other figures have their hands missing in part. H 52 cm. 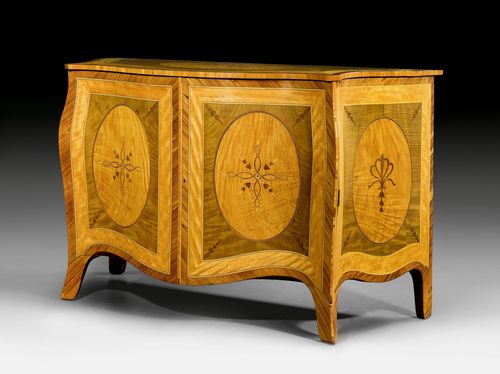 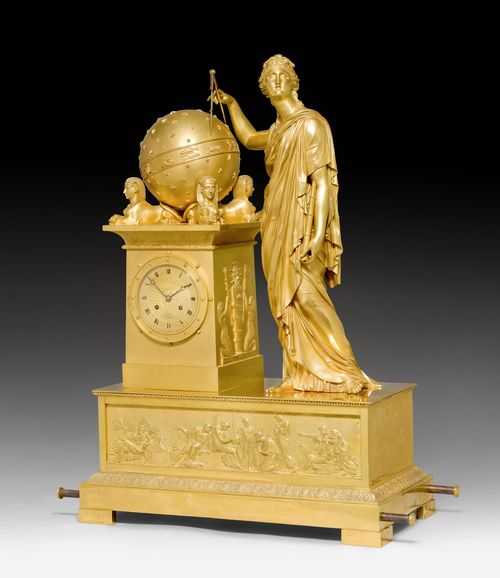 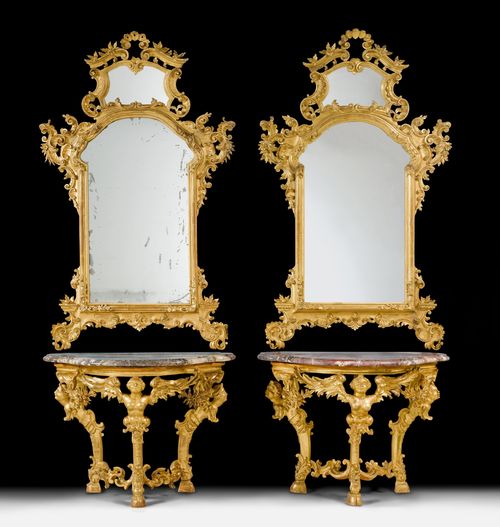 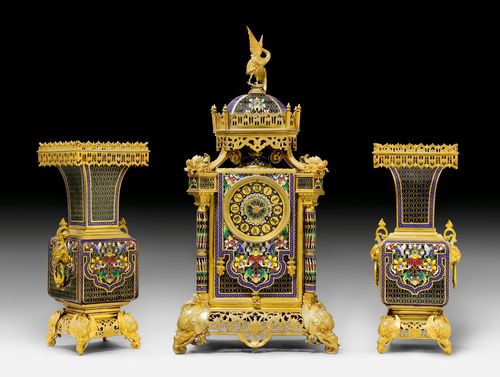 Napoleon III, the dial signed SCHNEIDER CAMPBELL & CO NEW YORK (a dynasty of merchants in New York, who – as a "retailer" – signed the clocks), Paris, ca. 1880.
Finely painted "email cloisonné" and gilt bronze and brass. Rectangular clock with a pagoda top crowned by a heron, on a pierced base, with elephant heads as the feet . Enamel dial with 12 cartouches, 2 fine hands. Parisian movement striking the 1/2–hour on bell. The vases with pierced lip and base, with elephant heads as the feet. The movement monogrammed AB and numbered 5395/147. Leg of the heron, repaired. Clock 26x21x56 cm. H vases 36 cm. 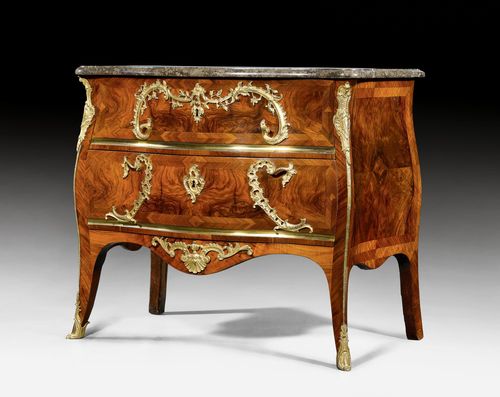 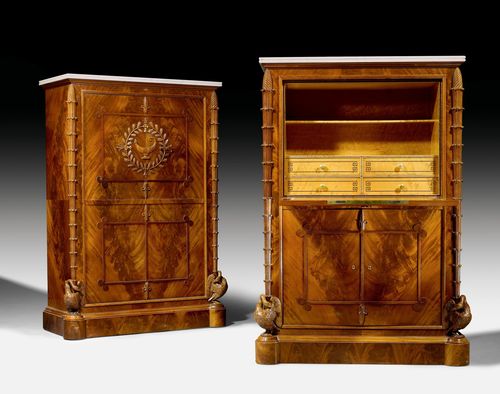 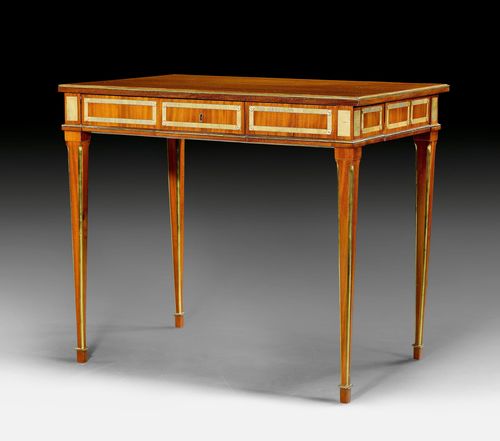 Louis XVI, attributed to J. KLINKERFUSS (Johannes Klinkerfuss, 1770–1831), Stuttgart, ca. 1790.
Mahogany in veneer. Rectangular, slidable top. Front with a broad drawer with a leather–lined central shelf over a compartment, the sides each with a sliding shelf over a compartment, the left one with inkwell. With label "stE 10221" (for St. Emmeran) and pencil inscribed "stE 10221". Brand stamp TT with a closed crown (for Thurn und Taxis). Fine brass mounts and applications. 91x63x(open 112)x79 cm. 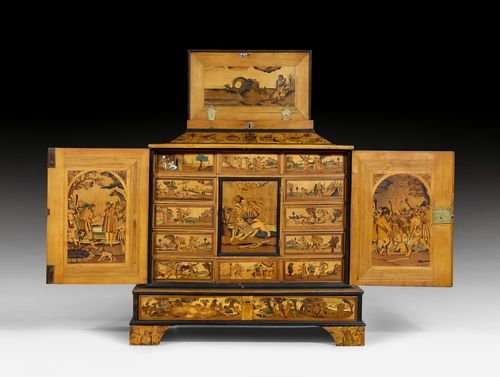 Renaissance, probably Augsburg, ca. 1630.
Walnut, cherry, plum, bone and partially coloured fruit woods in veneer and opulently inlaid with figurative motifs from the Old Testament. On the front: Jacob's Ladder, the Creation of Adam and Eve, and The Fall from Grace. On the sides: Jacob's Fight with the Angel, on the right, the Prophet Elijah being fed by Ravens, on the left. The upper lid features the Death of Absalom, on the outside, and Jonah being Spewed Out by the Whale, on the inside. The inside and outside further decorated with numerous Biblical scenes: Joseph and his Brothers, Samson and the Lion, the Four Evangelists, and John the Baptist, etc. 2 front doors, numerous drawers, 4 secret drawers. The drawers are lined with "Herrnhuter" pasted paper. Bronze knobs, locks and hinges in part not original. In part with significant design changes, veneer replacements, feet not original. 64x41x72 cm. 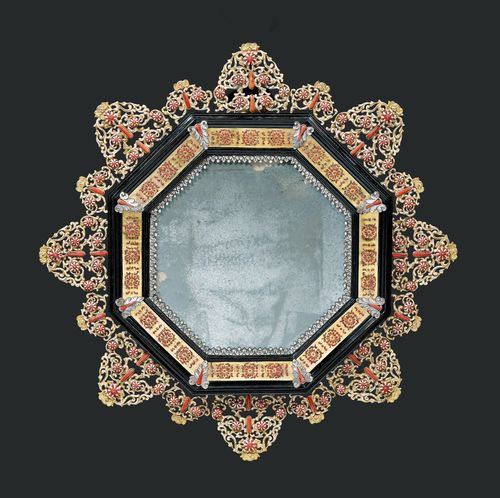 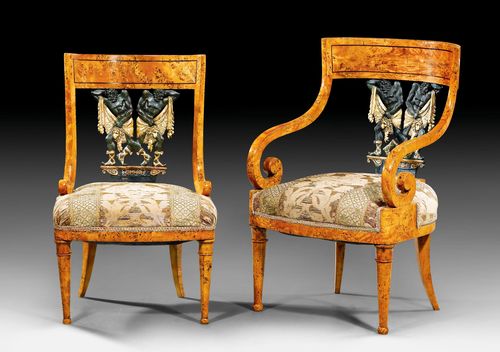 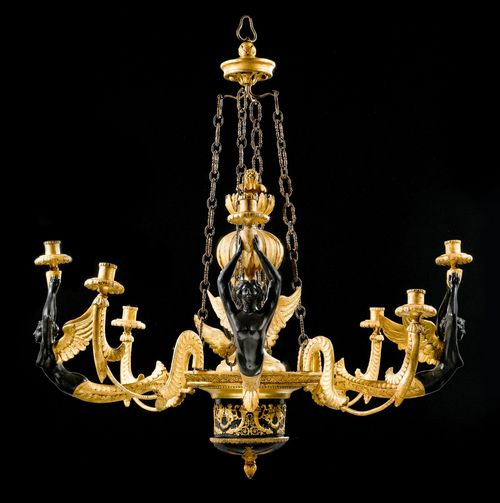 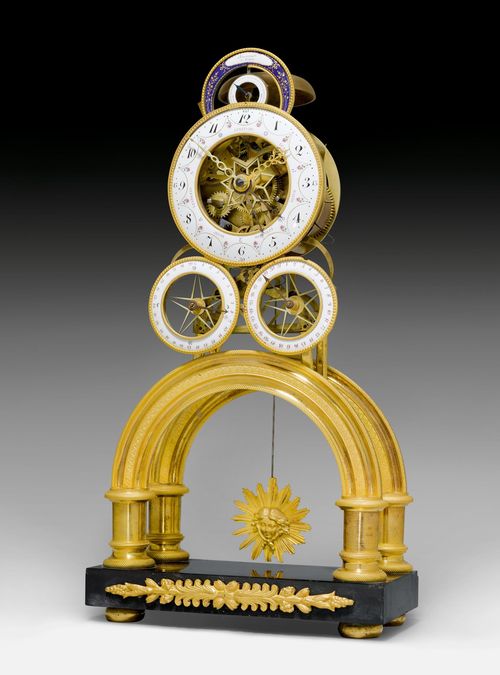 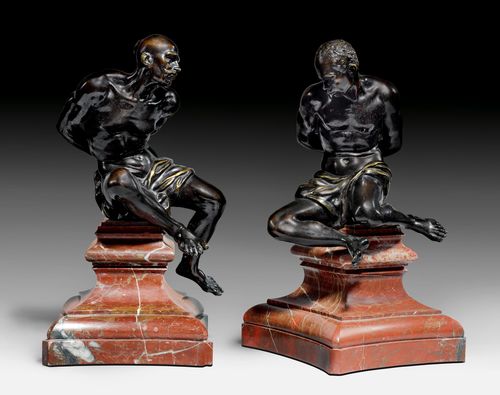 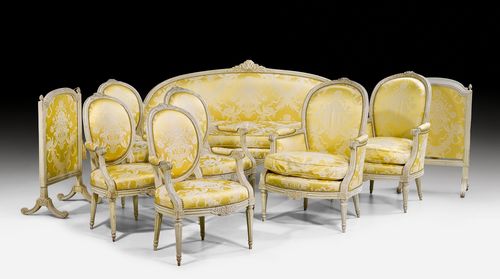 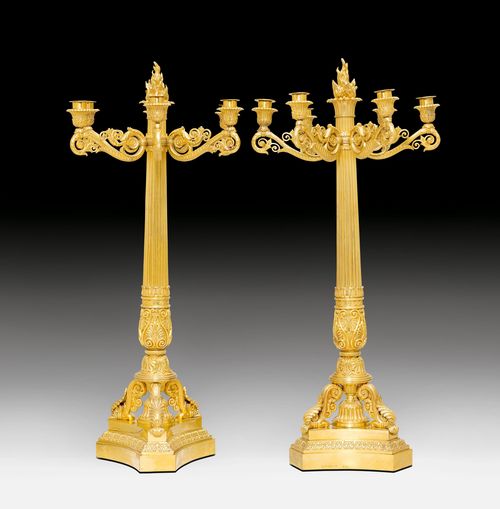