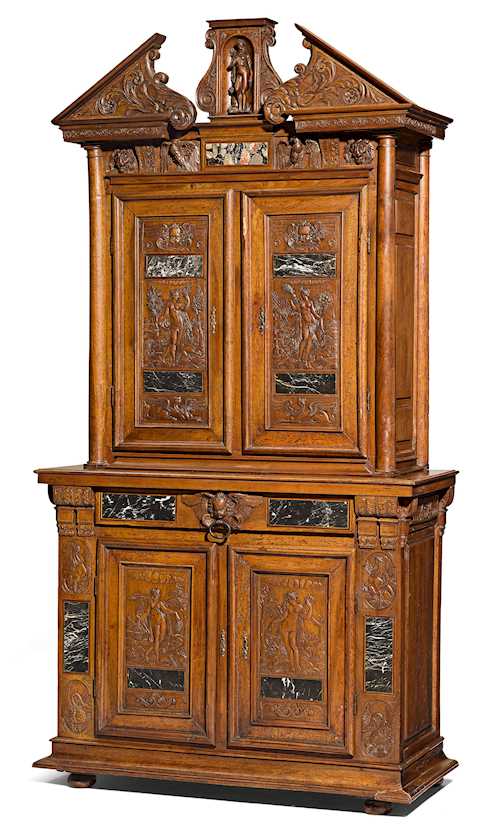 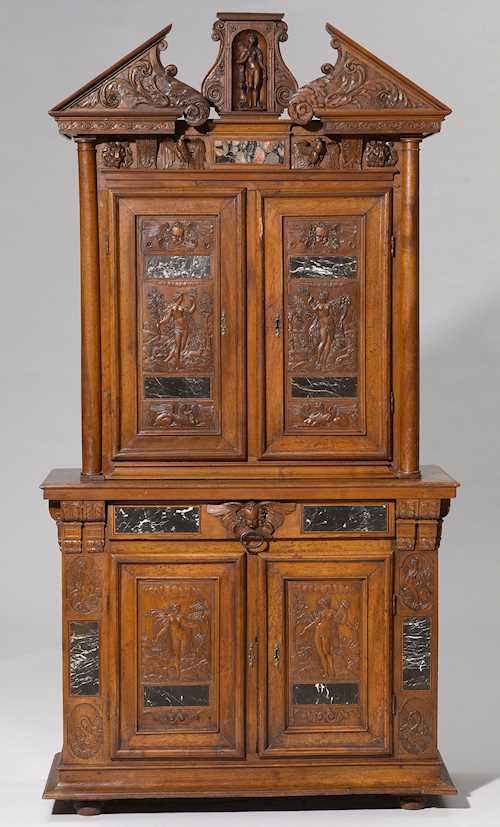 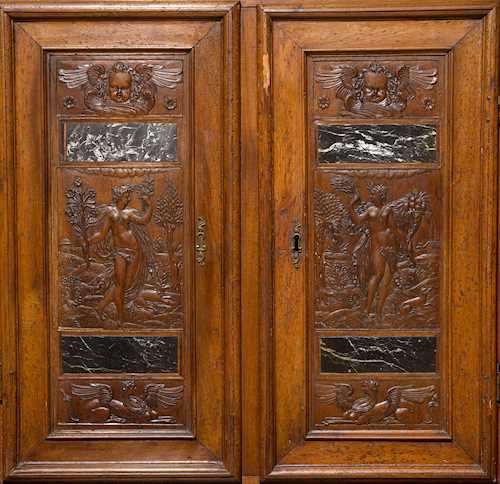 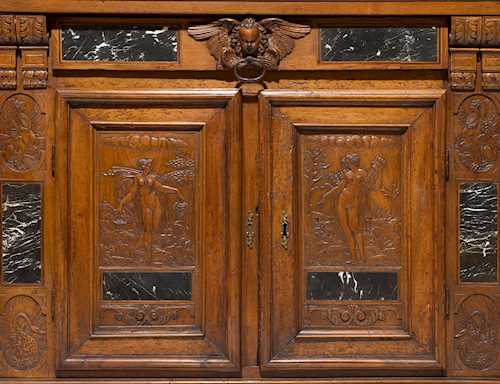 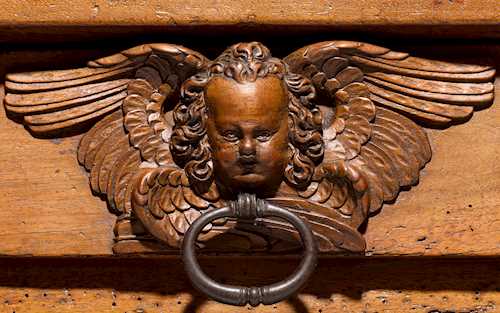 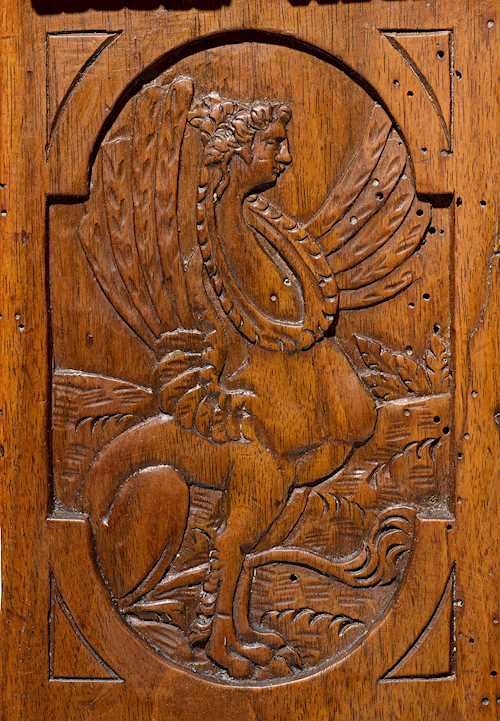 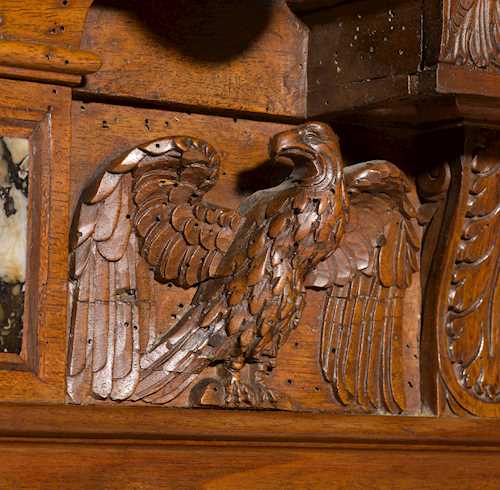 Renaissance, France, probably Paris, 2nd half of the 16th century.
Walnut, opulently and finely carved. The upper section, the top of which features an interrupted gable and Diana in a framed niche, has paneled double-doors carved with lion heads, palmettes and sculpted eagles. The lower section has 1 drawer over double-doors. The drawer is carved with a winged angel head. The door panels are carved with Allegories of the Four Seasons. The pilasters of the lower section have 4 reserves with depictions of swans and mythical creatures. Both the upper and the lower section have rectangular reserves in black marble and breccia. The lateral walls are paneled. Iron mounts. 1 key.
105 x 42 x 201 cm.
Restorations. Losses and fillings. Locks, later.

A buffet "à deux Corps" from the former Arconati Visconti Collection, which is kept in the Louvre, has a similar interrupted gable with scrolled leaves (Inv.-No. OA 6970). Another such cabinet from the Rothschild Collection of the Château de Ferrières shows a comparable use of the Allegories of Spring and Summer with identical swan medallions and a drawer decorated with a putto head (Sotheby's Auction in Monaco, 3 December 1994, Lot No. 9). Lastly, the item of furniture from the Collection of the Musée des Arts Décoratifs in Paris can also be used as a comparative object (Inv. No. GR 809).