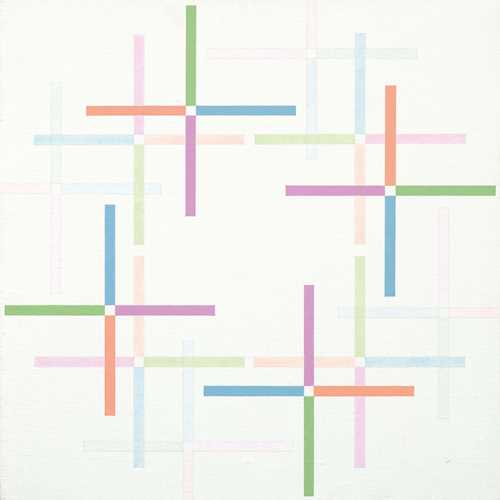 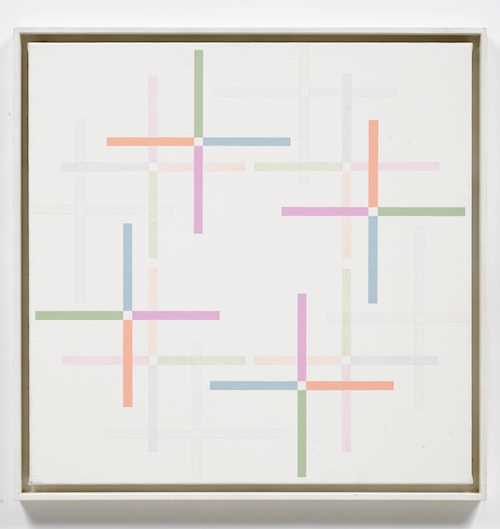 The work of Shizuko Yoshikawa combines the rational concepts of European Modernism with the subtlety and poetry of the Japanese Zen tradition.

She studied English language and literature, architecture and product design in Tokyo, before leaving Japan in 1961 at the age of 27 in order to study visual communication at the Hochschule für Gestaltung in Ulm. In Switzerland, from 1963, she worked as designer with her future husband Josef Müller-Brockmann (a pioneer in Swiss graphic design) and devoted herself to exhibition design and poster art. In the 1970s she started to work in painting and relief art and became involved with Zurich Concrete Art.
Influenced by her previous training, she took on the already developed and established principles of the Zurich Concrete artists, to then redefine them for herself with a new sensibility of form, colour and light design. Thus, because of her Japanese heritage, she occupied a unique position amongst the Concrete artists by becoming a mediator between Eastern and Western culture.

Initially, between the 1970s and the 1990s Yoshikawa mainly worked on large format sculptural-architectural works for public spaces. These commissioned works are characterised by a strict design and awareness of materials, with a choice of colours which already plays with the quality of transparency. From the 1980s she translated this system first into smaller sculptures for interiors and finally into two-dimensional works. For this she used mainly gouache for her works on paper and acrylic for her paintings. Inspired by the modular and precisely measured units of Richard Paul Lohse, she created mostly symmetrically arranged shapes and lines, which become a complete mesh structure in a closed and harmonious whole. The intersecting lines seem to float in space as if against faint shadows (Lot XX-painting). The small white squares as intersections of the complementary colour lines, permit a degree of emptiness and lightness in the constructions. Or these might be interpreted as centres of energy, from which the forms obtain their dynamic force emerging from the emptiness. (Lot XY – work on paper).

These white intersections, the choice of pastel colours, and the floating compositions have a meditative and contemplative effect on the viewer. Yoshikawa’s oeuvre appears to be inspired by a natural order, which evokes a reduced aesthetic and which looks back to the Japanese Zen traditions. In her work Yoshikawa combines the tradition of Zurich Concrete Art with her Japanese cultural origins.