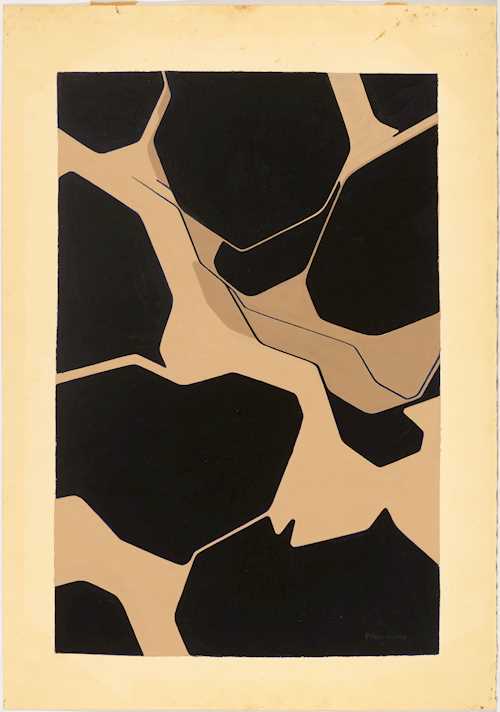 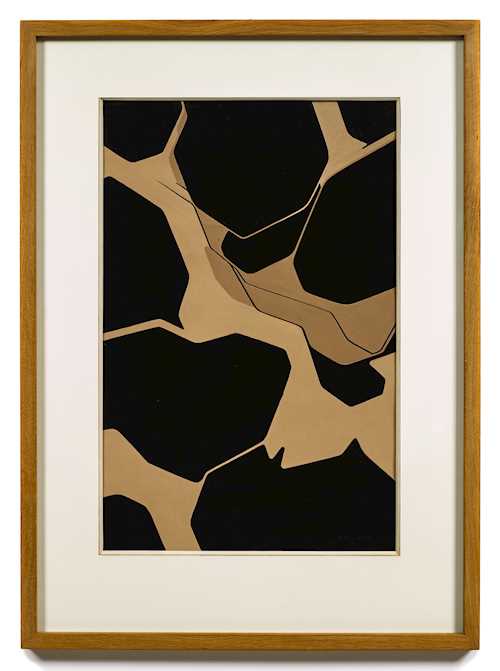 Abstract art in Spain in the second half of the 20th century was largely dominated by one artist who found his expression exclusively in the geometric idiom. His works are witness to a distinct connection with nature, which he studied extensively, and was ultimately expressed in his work.

Born in Madrid in 1915, the young Pablo Palazuelo attended the University of Oxford, where he devoted his time to studying architecture at the School of Arts and Crafts. After his return to his hometown of Madrid in 1939, painting began to occupy a central role in his life. At first the source of his inspiration was to be found in the works of Pablo Picasso and Paul Cézanne. His initial focus on figurative art began gradually to shift towards the abstract, and he considered Paul Klee an especially important role model. It was Klee who finally provided the impetus toward abstract motifs.

In 1948 he was awarded a scholarship by the French institute in Madrid, and travelled to Paris in order to pursue his passion for art and at the same time to advance his artistic career. There, as one would expect, Palazuelo met influential artists such as Ellsworth Kelly, whose work dealt with geometric forms. Henceforth, he developed a growing curiosity for Constructivism, the teaching of metaphysics and mathematics, as well as alchemy. This mixture of the mystical and the constructive were to have a significant influence on his works from then until the 1990s. His view of nature broke through the so-called traditional approach to landscape, in the sense that his approach gradually deviated from the perception of landscape as part of man’s surroundings. Rather, the artist regarded nature in its entirety, in the form of an aerial image from a different angle, which demonstrates the individual structures within a landscape. This is expressed through a certain degree of abstraction, in which surfaces are composed of forms, colours and lines. Above all, he combined geometric expression with emotion, in which he recorded his feelings about nature and its substance and expressed them in his works. Palazuelo called this synthesis “Transgeometry”. His first solo show in 1955, which was dedicated to this theme, was a complete success.

In his life’s work Pablo Palazuelo demonstrated an unshakeable passion for geometric forms and what for him was their apparently endless variety. He received several awards for his work, including the Carnegie Prize from the Carnegie Museum of Art in Pittsburgh. Not least, the Fundación Pablo Palazuelo was founded. Over 20 solo shows and countless group shows in Spain, France, and other European countries, as well as in America, are witness to an impressive career, during which he introduced the art-going public to new perspectives and new ways of seeing.