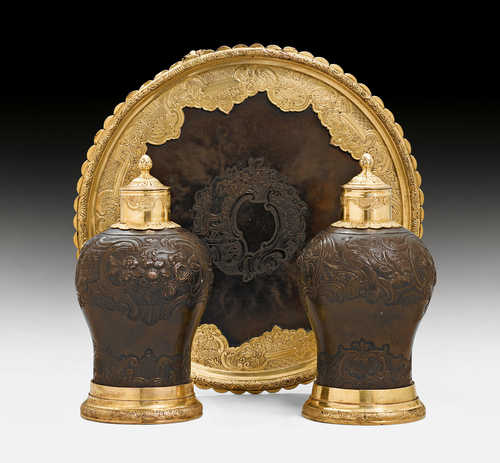 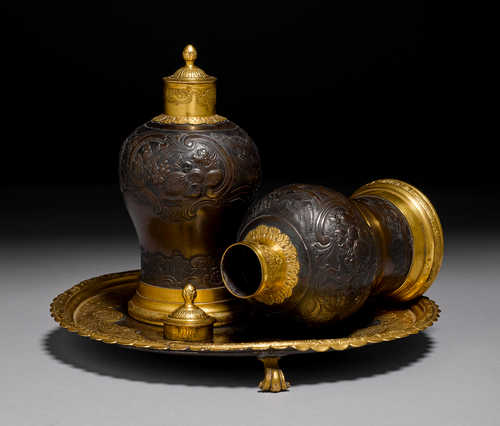 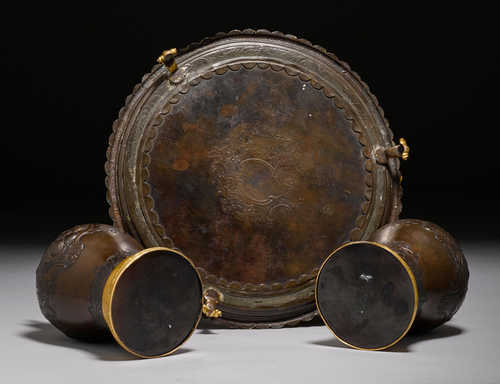 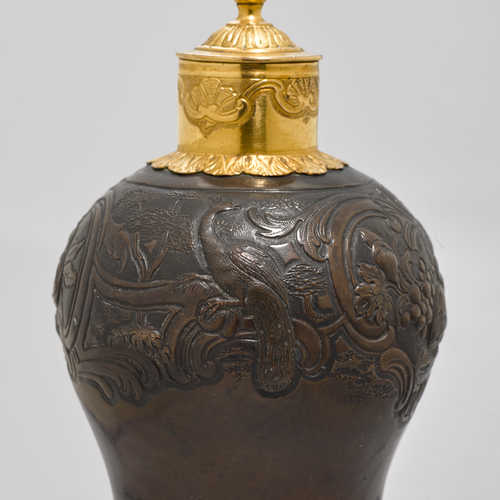 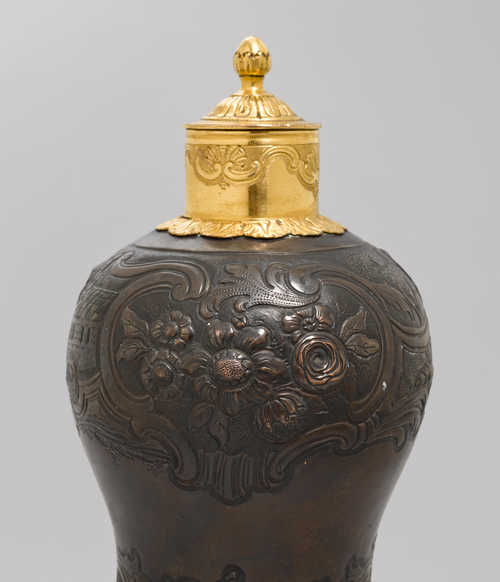 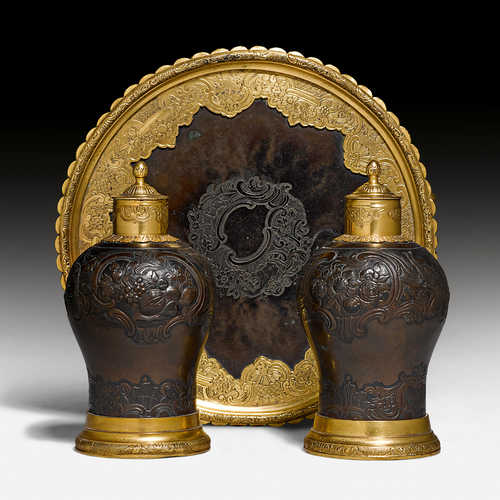 The Demidoff dynasty, one of the wealthiest families of the Russian Tsarist Empire, was ennobled under Peter the Great. Until the 19th century, they were among the most important industrialists of Russia. Most of the copper mines in the Urals were owned by the Demidoffs, who in addition to copper also mined iron for the weapons of the Russian army, silver as well as precious and semi-precious stones, and thus achieved considerable wealth. From the middle of the 18th century, workshops were established for the production of domestic utensils, as well as tea and coffee pots, which were decorated with chased Rococo motifs and parcel gilt, as in the present example.