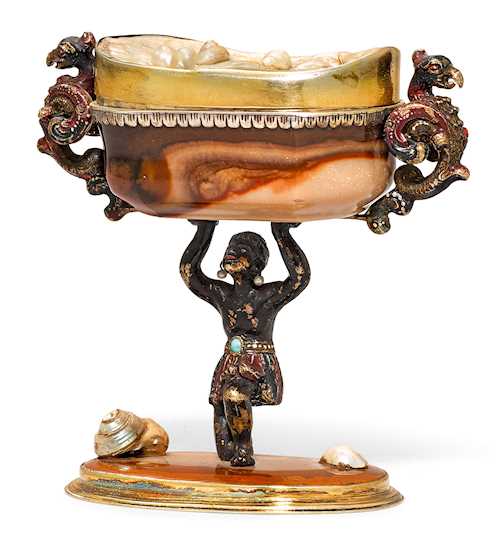 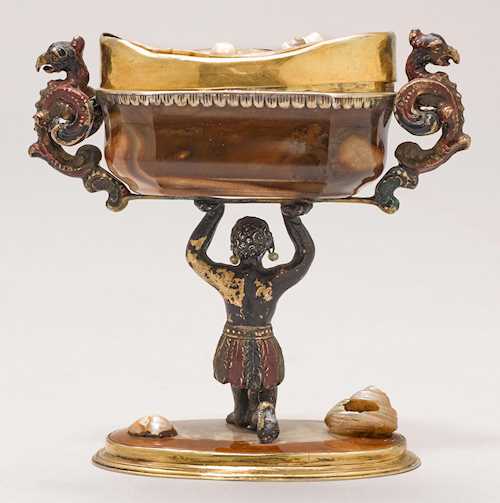 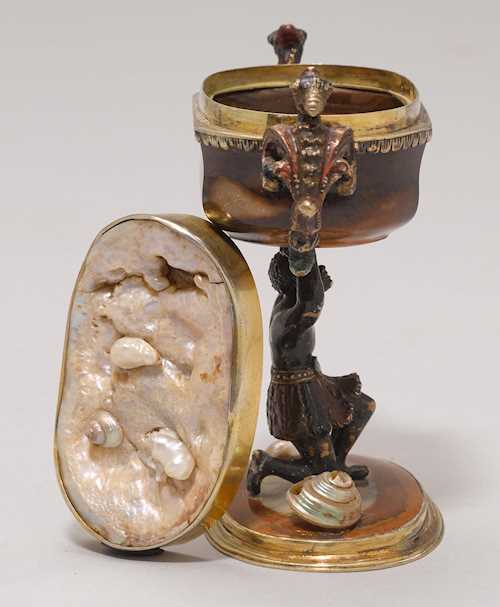 Johann Melchior Dinglinger, born on 3 December 1664, learned the goldsmith's trade in Ulm. He came to Dresden as a journeyman in 1692, where he was admitted to the Goldsmiths' Guild in 1693. In 1698 he was appointed Court Jeweler to August the Strong. He worked in Dresden until his death in 1731, was married five times and had 23 children. Dinglinger is considered one of the most important goldsmiths of the Baroque Age. Together with 14 journeymen, Dinglinger created magnificent works of art in his workshop, including the "Golden Coffee Service" and the "Court of Delhi" with its 132 figures - a major work of the art of Baroque jewelery. The Russian Tsar Peter the Great also appreciated the magnificent works and commissioned several pieces from the Dresden Court Jeweler. His splendid works, for example "The Golden Coffee Service" from 1701 or "Diana's Bath", are preserved in the Green Vault in Dresden.