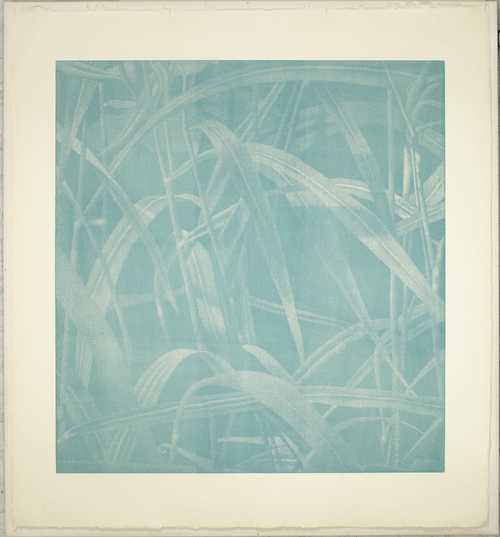 (Mörigen 1930 - lives and works in Rüschegg)
Gräser I. 2000.
Woodcut in colours. ea 4/7, artist's proof outside an edition of 27. Image 136 x 125 cm on Kumohadamashi japan paper by Heizaburo Iwano 172 x 153 cm. Printed by Nik Hausmann, Franz and Maria Gertsch. Unique in colour.
In the original artist's frame.
We thank Albrecht Gertsch for his kind support.